What Is The Most Useless Job That You’ve Ever Done?

When I was in high school I got my first part time job as a Maize Master.

When I was in high school I got a summer job at “Freedomland” in the Bronx. It was an attempt to copy the success of Disneyland, but it failed, probably because it lacked the genius of Walt Disney.

The best job I could get was as a busboy. My job was to clean the tables and sweep the floor. I was paid the minimum wage.

When the restaurant was not busy, and I had finished cleaning and sweeping, I would stand and wait, or relax, or talk to the other staff (the “cooks” who warmed up the frozen pizzas and the cashier). I was told not to do this. It looked unprofessional. What should I do? Sweep the floors again. Wipe the tables again. Look busy.

I had many part time jobs in my youth: cleaning beaches in the early morning in Long Beach N.Y., a messenger in the New York financial district, a switchboard operator, a janitor in a hotel—but nothing was as useless and as miserable as having to look busy when there was nothing to do.

During college, I used to install gym equipment in people’s homes for $8 an hour.

It was the worst job ever.

Most of this equipment could have easily been assembled by them on their own but they were too lazy to do it. On more than one occasion I put together equipment while the customer sat on his couch eating pizza/burgers/whatever.

Within a month or two, the gym equipment was usually returned to our store with little to no signs of use – with the customers looking fatter than when they bought the equipment.

It gave me such a new level of respect for people that do any type of service calls that involve entering strangers’ homes.

You wouldn’t believe how some people live.

I’ve seen everything you could imagine. Nasty homes that smell with bugs everywhere. Homes with weapons (guns) lying around. I’ve been to a hoarder’s home—to the extreme you’ve seen on TV.

I’ve had a nasty cat lady try to convince me to take sex instead of paying for a treadmill. When I say cat lady I mean cat lady. Not one who has 3 cats and posts lots of pictures on Facebook. I mean more than a dozen cats, with one of her bath tubs fully converted to a kitty litter facility.

And let me tell you.

I’ll never forget the hair on my arm standing up as she blew out her cigarette smoke: “You sure look like a big strong boy.”

When I was in high school I got my first part time job as a Maize Master.

You read that right. It’s a play on words, since I worked at a giant maze that was cut into a large corn field. 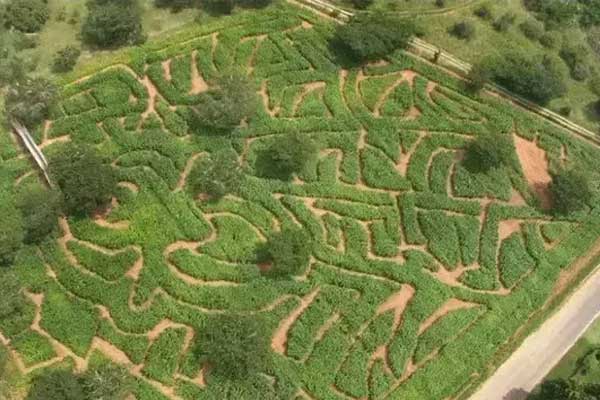 Every year the field is dug up and a new pattern is planted, since the corn maze only lasts about 8 months at best.

My job, was to walk the maze enough times to memorise the ways out and know where all the clues were hidden. It’s actually pretty simple after you’ve walked the maze with a map for a day or two. Then it just becomes engraved in your memory.

The reason this job felt useless was because I spent every weekend, for about eight months, walking this maze 8 hours a day in the blistering South African sun. When people got lost and started to panic they would end up just walking through the corn “walls” and force their way out of the maze.

I ended up spending most of that time strolling about, listening to music and reading the Harry Potter books.

The only fun part of this job, was having three of my friends working with me. We each had a walkie-talkie which was supposed to be used to keep in touch with each other in the maze and point out people that were in need of assistance.

We usually ended up just running around wildly, pointing out hot girls that were coming our way and calling ourselves the “children of the corn”.