18 Times Britain Made Everyone In America Say, “What?”

Why do British people put a plastic tub in the kitchen sink?

1. When the idea of washing machines in kitchens was just super strange

Here's a selfie I took in 2015 with a washing machine just to prove to Americans that British people actually put them in the kitchen pic.twitter.com/zZ5iLeaLVl

2. When our lack of tipping was exposed

3. When they questioned our fine food
the fact that British people eat beans on toast disgusts me??? like wtf have y’all ever heard of flavor
@memegodhowell

Wtf is wrong with Britain pic.twitter.com/5aEBQ7AeDs

5. When we confused them with our holidays
England on November 5th: cauSE BABY YOU’RE A FIIIIIREWOOOORK!
Rest of the world: what the fuck are they doing
britishjoe

6. When they stumbled upon the British legend Mr Blobby

Just seen Mr. Blobby for the first time. NIGHTMARES. I've never been so glad to be American, Barney has nothing on that fucker.

7. When America didn’t have a word for “fortnight”
wait you mean you don’t use the word ‘fortnight’ in america??? brigwife
Wait what? Then what do they use? latitudeoctopus
they don’t have a word brigwife
what do you mean they don’t have a word what kind of uncivilised people are they?? catully
the fuck is a fortnight stagdoeandfawn
It’s a word for ‘two weeks’ owlcitymordred
We say “two weeks” theshadyslut
*thousands of cups of tea smash to the ground in shock* carryonmy-assbutt

8. When they couldn’t grasp the concept of an egg cup

LMAOOOOO WHAT SOMEONE JUST TOLD ME IN ENGLAND THERE ARE TWO TAPS INSTEAD OF ONE. one for hot water and one for cold. what is this wizardry.

10. When they didn’t know why we use washing-up bowls

Someone answer me this, why do British people put a plastic tub in the kitchen sink? pic.twitter.com/RBLhSPo2ef

11. When they had questions about our tea-drinking habits 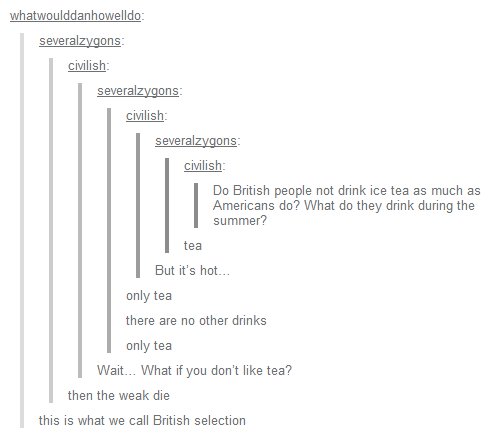 12. When the “cheeky Nando’s” meme had all of America scratching their heads 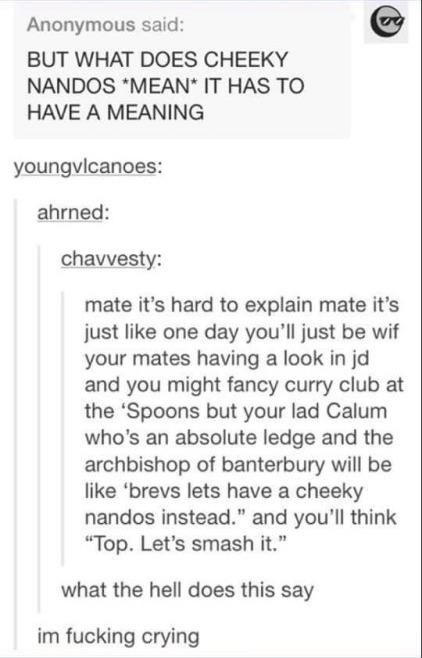 13. When they discovered Embarrassing Bodies

14. When our greatest invention, train wine, was discovered

Can buy wine by the (plastic) glass in England convenience stores pic.twitter.com/7nqSK8spYO

15. When they wanted to learn more about our TV channels 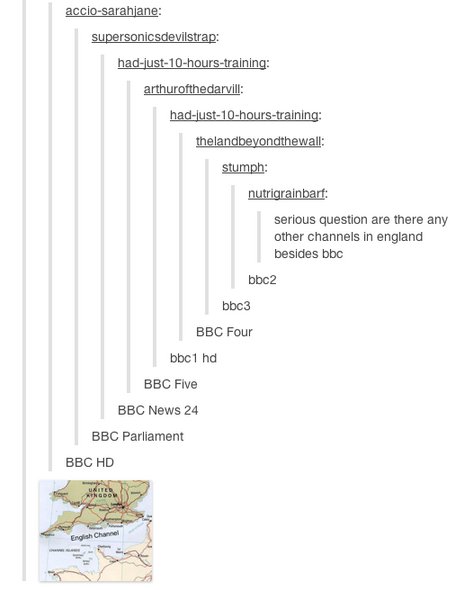 16. When our orange juice came with juicy bits 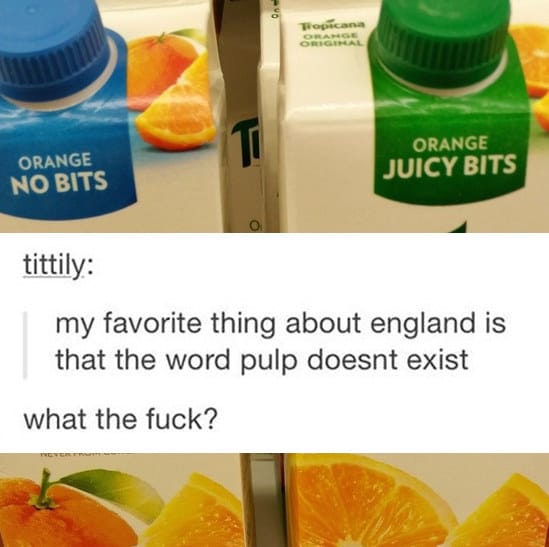 17. When our puddings weren’t puddings

18. When “fanny” meant something completely different

19. When they picked up on our overuse of the letter X