Excuse me but has anyone ever told you that you're blocking the fucking Lunchables?

what Lana song is this from??? pic.twitter.com/kZYm1Kh1gz

*approaches hot blonde at supermarket*
"Excuse me but has anyone ever told you that you're blocking the fucking Lunchables?"

The reality is, a vanilla soy latte is a type of three-bean soup.

So I'm just supposed to know that you can't eat the outside of the pineapple, like I'm some sort of scientist

My mom used the dominos app for the first time and forgot to get sauce and cheese. Dead pic.twitter.com/cAhd1ymMsg

#SolarEclipse2017 as seen through a saltine cracker. pic.twitter.com/BVPDB24cTC

My refrigerator just walked to my bedroom, opened the door, stood there and stared at me for five minutes, then it closed the door and left.

Saw this bread and not one person laughed when I said "dat ass dough". pic.twitter.com/4F4sbkMy0u

eating salsa as a kid vs eating it now pic.twitter.com/kjvun7llqu

LOOK HOW FUCKING BURNT MY TOAST IS ITS FUCKING GLOWING pic.twitter.com/7Z5IXD3174 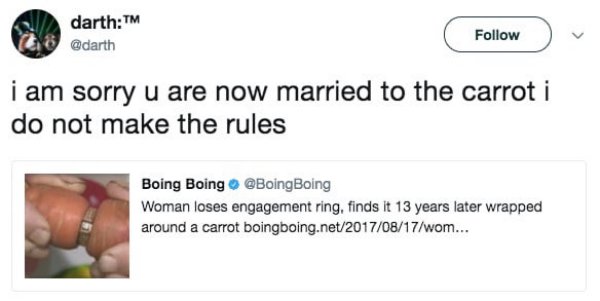 How much garlic recipes call for vs how much I use pic.twitter.com/RWRHhdmBgy

Pleasure to meet you. The name's… pic.twitter.com/Auq5ynNTHJ

Her: babe I want sushi
Me: bone app the teeth pic.twitter.com/Bp1FF1oql2

COOKING HACK: if you put too much water in your rice, toss a few phones in there pic.twitter.com/hKNFpmfwAp

I sent my husband grocery shopping earlier (with a list) and it stressed him out so bad pic.twitter.com/KkGLznR3IW 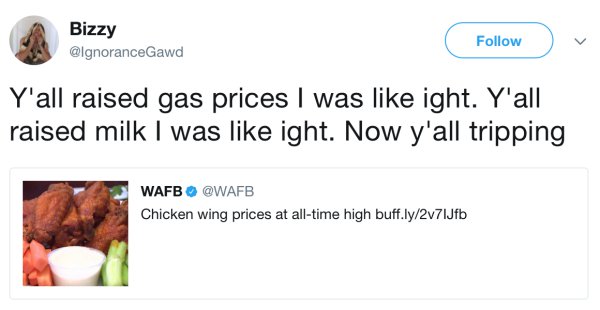 Me on food network:
"I made a puréed nut spread w/ a grape relish reduction paired w/ brioche bun" pic.twitter.com/rZFDjISYoL