15 Tweets That Will Put A Smile On Your Face

I peed on the floor.

1. This loving boyfriend
a guy at the salon is straight up feeding his girl chicken nuggets while she gets her nails done that’s the kind of love & support i need 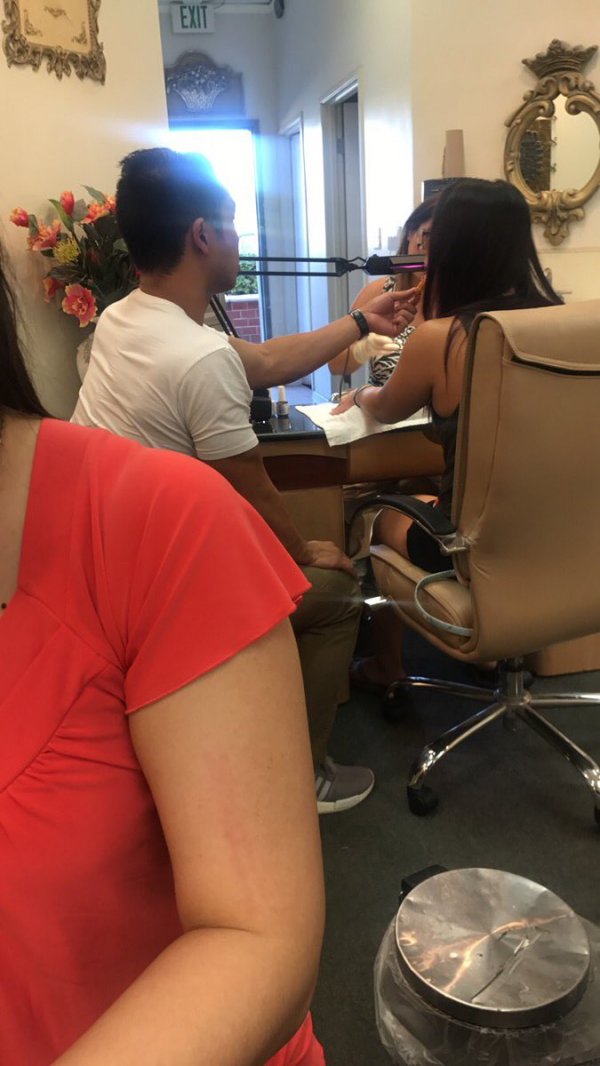 3. This little guy who is rain-repellant

We are all living in 2017 while this kid is living in 3017 pic.twitter.com/zWPkctlVcg

Today I took yearbook photos of my fish pic.twitter.com/KkNz9jqqq9

lol if you think i actually hired a photographer to take pictures of my new puppy then you're exactly right bc i totally did. pic.twitter.com/BDOmtjHNav

yesterday i slipped and hurt my ankle because i leaned out of the shower and was completely blindsided by my jeff goldblum shower curtain pic.twitter.com/xlmLIkNExv

My friend is staying in a hotel in Belgium. They've offered her the option of renting a fish for the night, in case she's lonely. #noshit pic.twitter.com/DG74iRSfhY

MY MOM JUST GASPED AND CAME INTO THE FRONT ROOM AND SAID "I PEED ON THE FLOOR" pic.twitter.com/EcFtR3vntE

This kid is 11 and in my organic chemistry class he said if we have questions to just email him pic.twitter.com/oz46on8ywP

MY AUTISTIC BROTHER WAS SAD THAT BLOCK BUSTER WAS CLOSING DOWN SO MY PARENTS MADE A MINI ONE AT HOME FOR HIM! pic.twitter.com/B4oo74NBvi

I bought a mini toy laptop for my dog. So he can at least look like he's helping support this family. pic.twitter.com/WbWcZKQD4A

My mom just RUINED my dog and she literally said "he wanted to keep it long on the top" I am devastated pic.twitter.com/pjYuGYNhUm

My mom made my dad dress up and presented him with the "Best Husband" Oscar
I want to be this extra as a wife pic.twitter.com/AJXJR6X3a1

My pops can't fly back to Houston cause of the hurricane so he going to grad school with my sister she pissed pic.twitter.com/Avqj7SeGSV