What Is Your Most Insane “I’m Glad I Left When I Did” Moment?

One time I was looking for a job and saw an ad for an interpreter. It was in the Middle East and a person had to speak English, Russian, and Uzbek. It sounded dangerous, but there were assurances that there would be full protection by US military and local security forces, it was on base, and it was basically very safe. The most interesting thing was the salary. It was in excess of $150,000 plus all expenses paid. At that time I was barely making probably $30,000 a year. So, it was very tempting. I seriously considered it and may have even started the application process, but stopped at the last minute.

A few months later I was watching the news and they were showing the report about a terrorist act at the same location which I considered. And two interpreters died. The news footage just showed the ground and a bunch of magazines strewn around, covered in blood. The eerie thing is, those were the exact type of magazines that I read – it’s one of my very few guilty pleasures. It was a very unsettling feeling.

On 9/11, I went to work as usual, in 2 World Trade Center. When the plane hit the other building, we got out down the staircase. I was standing outside with everyone else, then I left very quickly; I figured something might fall out of a window and kill me.

I got home in 30 minutes on the subway and watched the buildings collapse on TV from my couch.

No one where I worked was seriously hurt, but some had walks of 10 or more miles to get home.

This didn’t happen to me, but to a colleague.

He had a business trip to New York (I believe it was a conference), and had stayed in this hotel: 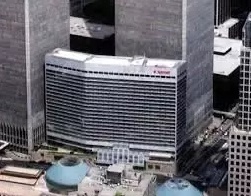 He checked out of this hotel at 7:30am, New York time.

The very next day, this is what was left of that hotel: 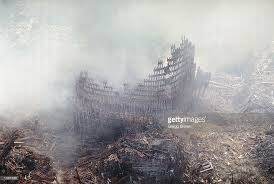 Had he stayed even a day later for any reason, he would in all probability be dead now.

As you can imagine, when it hit, his wife was near frantic-nobody could reach him for hours as he was still traveling. He was in Pennsylvania on 9/11-not far from where the plane went down in that state. He along with two other guys had to rent a car and drive from Pennsylvania to Nevada (Las Vegas) in order to get home—obviously, there were no planes going in or out at the time.

He still has the receipt from the hotel when he checked out on the 10th. When he returned, he showed it to me.

Frankly, it was the creepiest thing I’d ever seen. One of the last receipts that hotel had issued, and knowing that my colleague could have easily not been there to show it to me. I can’t imagine what he had to have been thinking.

I was babysitting once for this family, a long time ago.

The husband and wife had gone to different events, and the husband was supposed to come home at 11 and relieve me of duty so I could go home.

He didn’t and I ended up waiting till the wife came home, at 1am. I didn’t say anything because I was getting paid, and I didn’t have work in the morning.

The wife apologizes profusely and offers to pay for my cab home.

So as we’re talking, the husband stumbles in, stone drunk.

“Where were you?” Wife asks.

“A supermodel was at my table, and I couldn’t take my eyes off her,” he slurs. “I even took pictures. Did you ever see a rack like that?”

I grab the money and choose to wait for the cab downstairs.

I didn’t want to be called as a witness to a murder trial.

(They reconciled, they are fine now.)

14 Dads Who Are Way Smarter Than You’ll Ever Be
Can Seashells Be Used As Money?
Is Marijuana Addictive?
What Is The Most Embarrassing Thing That Ever Happened In You Class?