Funny tweets and Bake Off. It's all we've got left.

When your mum sends you to the chippy to get some chips and doesn't ask for her change back pic.twitter.com/rsQpT1QOlJ

I accidentally sat on a packet of cheddars today and heard my 4 year old niece say "oh no, my cheds" faintly from across the room

When you order a muffin but are accidentally given an a-level art project about the fall of man instead pic.twitter.com/4N4jZljxeI

Got bigger bags under my eyes than a year 7 with cooking and PE in the same day.

So very, very tempted to go in and ask… pic.twitter.com/SxacML9as1

English people will dead put anything in a sandwich. Fish fingers, chips, crisps, sausages. You name it, it's going in the fucking bread

"Media studies is pointless, just watching TV innit?"
*Entire generation gets tricked by not being able to judge real from fake news* 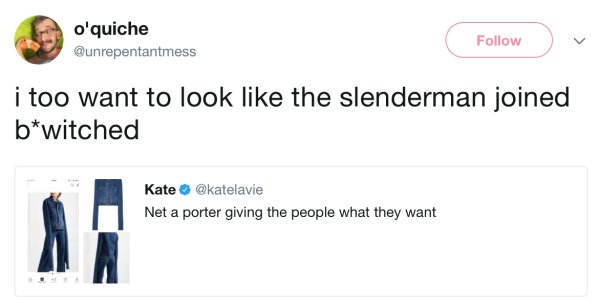 When ur a goth but the suns oot x pic.twitter.com/pnK35QSSWI

Whoever made these figures at @hevercastle (Anne Boleyn's childhood home) was MILES ahead of the internet pic.twitter.com/j1hyyowp4a

The leaked line-up for Reading and Leeds next year is unreal. pic.twitter.com/q2gPtby7W3

When you're friends with kids from the year above pic.twitter.com/J6BEBn39LE

what's up with this dramatic movie poster font choice. how many did he kill on his first day pic.twitter.com/yrni6PsdMg

Lady on #nakedattraction just rejected contestant because he 'didnt look confident'. He literally had his cock out on national television.

Thank goodness for the BBC. I don't pay my TV licence to see filth like "mother" on the telly. pic.twitter.com/c7ETzjqxWO

This hangover is not ok. Just cried cuz my chicken nugget was shaped like Italy and my ex is part Italian.

Well that got unexpectedly bleak pic.twitter.com/hO9WOmqHV3

If you iron Gordon Ramsay you end up with Keir Starmer. pic.twitter.com/wm3IjR5l5y

They saw an opportunity and they ran with it pic.twitter.com/8NXlN9Wu14 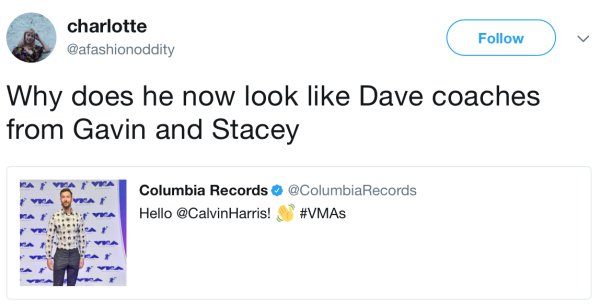