What’s The Weirdest Thing A Guest Has Done At Your House?

Clogged the toilet with a world record bowel movement.

Tried to chop it up with HANDLE portion of the plunger.

Then tried to use the rubber portion of the plunger to no avail. Poo on hands now from using handle portion FIRST.

Came out after 45 mins, looked me dead in the eye and said-

“Your cat took a $hit in the toilet and clogged it. It’s pretty gross…”

Blame it on the cat? The thing was the size of the CAT.

My ex had a friend over, and we were chatting in the kitchen while I made coffee. When the coffee was done, the guest asked for sugar. I opened a cabinet, but was cut off by the guest: “I can do it,” he said, and proceeded to take out the entire bag of sugar, jam his hand in there, get a handful of sugar and put it in his cup. Of course his hand was larger than the cup, so a lot of sugar spilled over the counter. Then he took his cup and left the kitchen.

I’m a couchsurfing host which means I host surfers from all over the world for free in my home. It’s a really great way to meet wonderful people. One week I had a French couple staying and they were really cute, smart people to hang out with. I went down to their room after they’d gone to clean up and found a small blue and white pill capsule in the floor. It actually had a tiny smiley face on it. 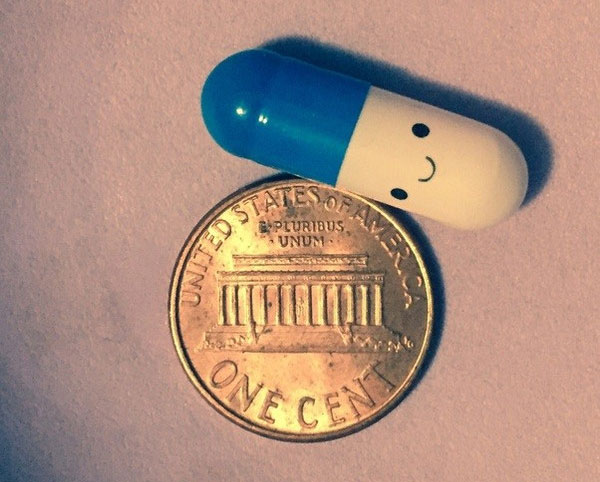 I thought “oh no! They left drugs in my house.” My housemates and I gathered around and opened it in a bowl to see what kind of powder was inside. 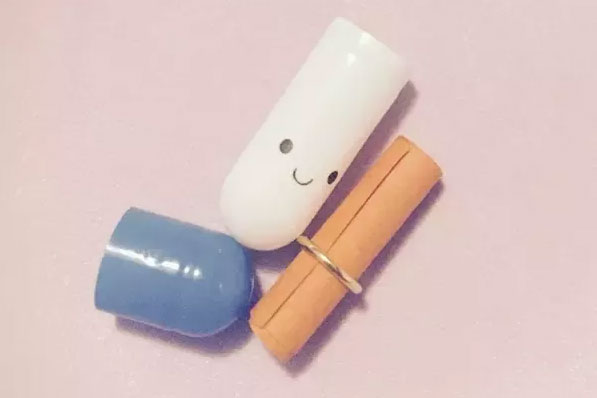 No drugs, but a tiny scroll. 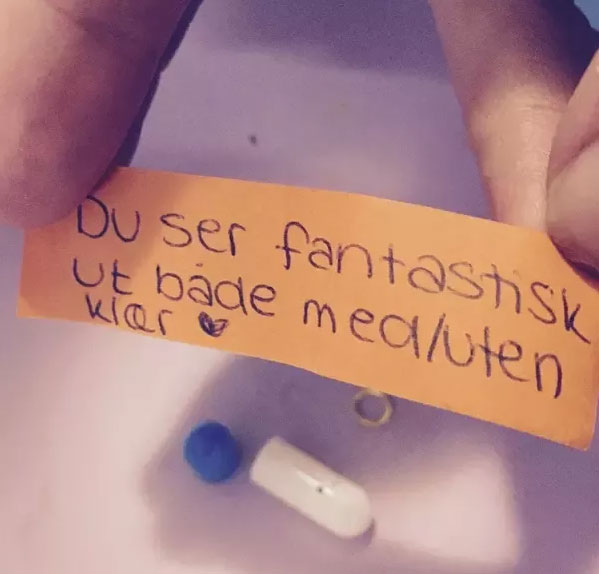 It took me a week to get it translated properly because it wasn’t from the French couple at all, but from a previous Norwegian guest.

It reads “You look fantastic with and without clothes”—Which I found creepy as hell.

That said I still host couchsurfers and am truly not that worried.

Apparently the correct translation is (according to a comment) “you look fantastic, both with and without clothes on.” I should mention I have another female housemate (who is not a dyke like me and quite attractive) and two male housemates so I have no idea who it was referring to.

Our aunt’s husband’s relatives came to visit us once in our house and coming with them was their daughter. They let their daughter play in our room, so after a while we found her coming out of the room holding my favourite teddy bear. She went to her mom and this secret conversation went on:

Daughter: Mom! Can I have this teddy bear?

Her Mother: Sure love, Take it.

I still have no idea why she allowed her to take someone else’s stuff without their permission, but luckily before they left I grabbed the teddy bear from her and ran away, saving it. I wonder what would’ve happened if this teddy bear wasn’t here with me now. Many memories would’ve never existed.

20 Brutally Funny Marriage Tweets I Can’t Get Out Of My Head
18 “Game Of Thrones” Memes From Episode 2 That Are Savage, Hilarious, And Perfect
16 People Who Are Having A Certifiably Bad Day
How Many Vaginas Do Kangaroos Have?