The Most Interesting Facts About Human Behavior

The more sexually attractive you find someone, the more difficult it becomes to lie to them.

· Children and adults who believe in power of effort to overcome challenges are more resilient and ultimately more successful.

· The more sexually attractive you find someone, the more difficult it becomes to lie to them.

· Distracting ourselves from the temptation is one way to successfully resist temptation.

· Kissing is a painkiller, mentally emotionally as well as physically.

· Hugging for 20 seconds releases oxytocin, which can cause you to trust someone more.

· Real love is someone who won’t stay mad at you, who can’t stand not talking to you & who’s afraid of losing you.

· Emotional pain lasts for 10 to 20 minutes, anything longer is actually self inflicted by over thinking, making things worse.

· When a girl talks to you about her problems, that doesn’t mean she’s complaining. It just means she really trust you.

· Overthinking puts you to higher risk for a psychotic(mental) breakdown.

· When a woman is attracted to a man, she speaks in a higher pitch than normal.

· People who are easily embarrassed tend to be more trustworthy, loyal, honest and generous.

· Your brain is programmed to make 3 things impossible to ignore: FOOD, SEX and DANGER.

· A women will only argue with someone she truly cares for. Arguing less occurs when she’s less interested.

· Based on a psychological study, a crush only lasts for a maximum of 4 months . If it exceeds, you are already in love.

· Intelligent people are more likely to avoid conflict, which explains why some people notice everything but choose to say nothing.

· Women often find themselves more attracted to someone with the ability to make them laugh.

· You and your brain is capable of proving all above points WRONG.

A single mouse click burns 0.00142 calories and I just gave you an opportunity to minus these calories. And if my above lines just made you smile, you further burnt your few fractions of calories. Keep smiling. 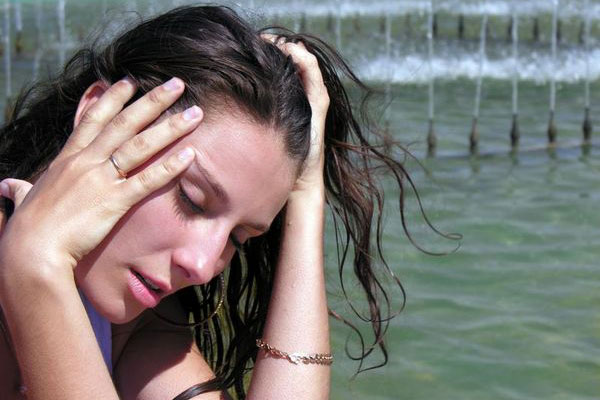 If people live with each other for a long time, they will start to look like each other.

Conventional wisdom says that that’s because of a shared diet and similar eating habits – Which is partly true – But it’s much more than that.

Much of the similarities in looks of a long-time couple is due to simple imitation of facial expressions. As the two become more attuned to each other’s habits and mannerisms, these start becoming exchangeable, and before long repeated, similar facial expressions morph into similar-looking people.

50% of your happiness is genetic. 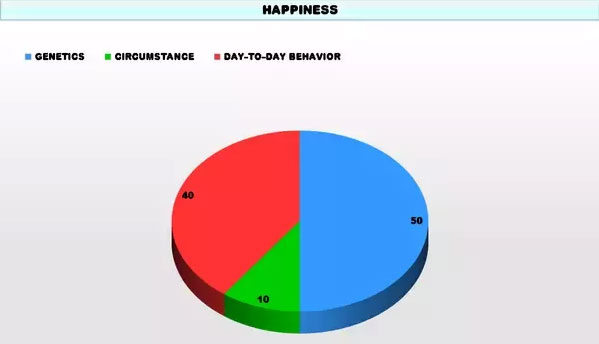 50% of your happiness is genetically determined and cannot be altered, and another 10% is by circumstance ( income, educational level, married or single ), and again, is difficult to change.

But the remaining 40% is yours! How you choose to live your life, your outlook on the good and bad, and the way you think about yourself and others can influence your happiness almost as much as genetics.