The Most Important Lesson Learned From Father

1. “If you’re gonna do something illegal, at least have the decency to cover your tracks.”

2. “People who make you second-guess yourself aren’t worth your time.”

3. “You can learn a lot about people by what they keep on their phones.”

5. “The only person who has the right to dictate your life is yourself.”

7. “A person can have straight-A’s in Harvard and still remain oblivious.”

8. “Excuses are the worst type of apology.”

9. “One person’s nobody could be another person’s hero.”

10. “Don’t tolerate bullshit. It doesn’t matter how important someone is. If they’re wrong, they’re wrong and it’s your job to speak up.”

The first time my dad and I discovered our town’s biggest bookstore, we wanted to buy practically everything on the shelves.

I was a seven-year-old girl with a newfound thirst for interesting stories. He was a software engineer with a lifelong dedication to academia. We had just moved in from Utah, and we didn’t have our library cards yet, so every shelf in that shop was catnip to us. 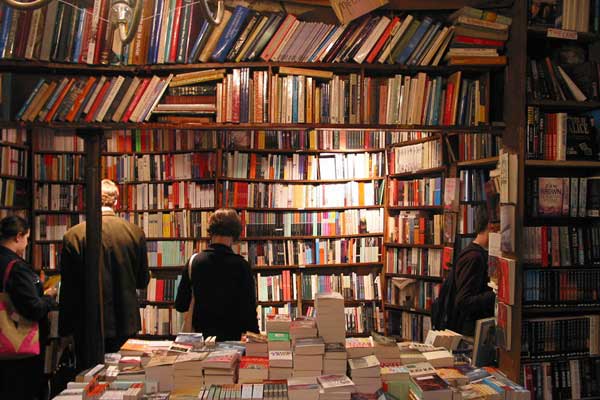 “All right, Hannah, I have a proposal,” my dad said. “I’ll buy every book we want, but only if we can both agree that it’s worth keeping. How’s that sound?”

“Mommy says we buy too many books, though,” I told him wistfully.

“Well, your mother’s a wise woman,” he said, “but there’s no such thing as too many books.”

And thus began a secret tradition that lasted my entire childhood.

From that day forward, every time we went to a bookstore together, my dad and I would work together to decide which books to bring home. We’d part ways to browse in our own sections, then meet up later at the back of the store. Then we’d sit facing each other and take turns defending everything in our baskets.

When I was eight and loved adventure stories, I’d show him books like The Magic Tree House and The Tale of Despereaux.

When I was twelve and entering my angsty years, I’d show him books like The Catcher in the Rye and Flowers for Algernon.

When I was sixteen and falling in love with economics, I’d show him books like Freakonomics and How to Lie with Statistics.

And my dad would listen respectfully to everything I described to him, whether it was about the impact of legalized abortion on crime, or about a small bullied mouse who dreams of becoming a knight.

In return, he would show me three different guidebooks on a new programming language and ask me which one seemed most interesting. Or he’d show me the latest manual on algorithm design and read me its description of what makes an algorithm beautiful. Or he’d show me a book on Renaissance art that he’d picked up just for fun, and we’d admire its paintings together.

We didn’t do this often – maybe once every few months or so. Sometimes we’d end up buying armfuls of books, and sometimes none at all. When we came home with a new haul, my mom would usually sigh disapprovingly and remind us that we shouldn’t keep buying things we didn’t need. And I knew she was right.

Then my dad would reassure her by saying that books are a worthwhile investment in the people we want to become.

And I know now, without a doubt, that he was right too.

16 Cake Decorators Who Might Not Be Geniuses, But At Least They’re Funny As Hell
Forrest Edwards SLAP Pals Questions
75% of World’s Spices Come from India
Queen – The Show Must Go On