The Weirdest Thing Found In A Hotel Room

I was stressed out, frustrated and tired! I just wanted to go to bed and recharge. I was a Corporate Trainer for decades and the class I was teaching that day had not gone well. Unfortunately, I had to face the same students tomorrow.

I returned to my hotel, sat at the bar and had a burger and a beer. Up I went to my hotel room. It was your typical ubiquitous room with two beds. As is my habit, I pulled back the covers of the bed nearest the bathroom and prepared to enjoy those crisp clean sheets.

OMG! My blood pressure went up fifty points. My eyes popped. My bare feet had slid into something cold and very, very wet. What the hell! As you might imagine I came flying out of the bed. In about one half second, I was standing beside it.

OMG X Ten! I looked down at my feet and they were covered in something red! Blood pressure up another fifty points. Rapid breathing. What in the world had I gotten myself into? My head swiveled and I looked at the bed. It looked normal. Just sheets, blanket and a heavy quilt. There was no big lump or anything obvious. What the hell was down there?

I began to calm down and examine my options. Should I just call Hotel Security or should I look first? If I peeled back the covers would I be destroying evidence? My curiosity got the best of me and I decided to look. Should I throw back the covers quickly or peel them back slowly? My brain voted for slowly.

So I grabbed a handful of sheet, blanket and quilt and began pulling slowly. Nothing, nothing and still nothing. Wait a minute. Some red was starting to show.

OMG X Fifty! What sick, perverted son of a bitch would do such a thing? There deep into my bed, right where your feet would rest, was an ice-cold pizza! That’s right a pizza!

I sat in a chair, laughed hysterically for five minutes and then called Hotel Security. I told him my story much as I have just told you and he soon joined me in laughter. Then he called the manager. He showed up and now there were three of us laughing like fools.

The previous occupant of the room was easily identified. It was one guy. He must have been a bit of a prankster. As best we could figure out he must have slept in the other bed and carefully slipped the pizza into the unused bed. The heavy quilt hid the evidence. He did an excellent job because the maid assumed the bed had not been used and didn’t strip and change it.

Needless to say, my room was comped and I was moved into a suite. I received a very nice letter of apology and a bunch of frequent stayer points.

So the next time you are in a hotel room with two beds, choose very carefully!

There was a mirror on the ceiling above the bed.

There were mystery stains all over the place.

Shortly thereafter, you could hear my car wheels screaming as I flew out of the parking lot like a bat out of hell.

I’ve cleaned hotels before and found a lot of sketchy shit in my time.

One day I found some marijuana sprinkled around a toilet seat. Why? There was enough on the toilet seat to roll a joint. I won’t lie. I thought about it.

Another time I found the guests had left the fridge and cupboards completely stocked with new, unopened groceries. A full bottle of wine. That was a fun find! If we can’t get hold of the guests or they don’t call, it’s finders keepers rules so I took my loot home.

The most bizarre and disgusting thing I ever found was a small plastic bag that had been tied to the slats underneath the bed.

Inside the bag was two condoms sitting in brown sludgy shit. I don’t know why anyone would bag that and then tie it under the bed but it was a great week for speculating. It certainly killed the monotony of cleaning.

I checked in a hotel room in Amsterdam.

The room was nice, clean and smelled fresh.

However, below one of the cushions, I found these. 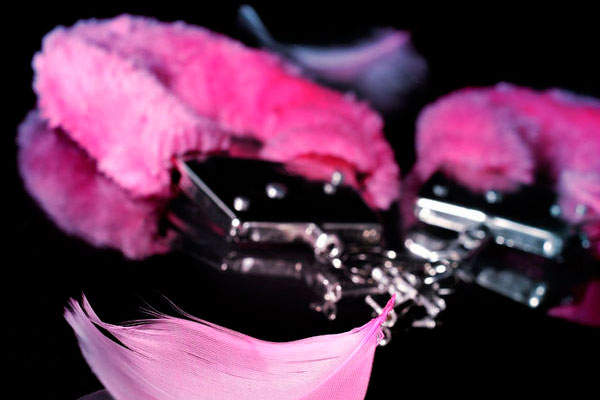 It was an awkward, awkward moment.

One Hour Dubstep Mix
18 Parents Who Will Make You Yell, “Their Kids Better Appreciate Them!!!”
16 Handwriting Samples That Are So Sexy They Should Be X-Rated
Baby Red Panda