The Worst Thing Happen At A Wedding

Pretty subdued. we had a few drinks and just left.

#1
One of my wife’s coworkers got married this past summer. Her father passed away from a fatal heart attack the morning of the wedding but her family insisted and convinced her to go in with it, so she did. It was awkward as hell and nobody in the building made it through without crying, even the minister.
chipmunksyndrome

#2
the bride fainted, and hit her head hard enough to go to the hospital in an ambulance.
no refunds, so they amazingly still had the reception. pretty subdued. we had a few drinks and just left.
cubs_070816

#3
Bride’s step-mother and mother got into a fight. Step-mother bit the mother. Wedding went to a screeching halt.
PM-ME-ELEPHANT-JOKES

#4
After arriving 45 minutes after the ceremony was to begin, during the ring exchange, the groom gets this blank look and says he didn’t know he was supposed to buy her another ring. SIL slipped off her wedding band and handed it off to the preacher.
jlmccuan

#5
Was at a wedding this summer. The groom’s family absolutely tore their son/brother apart during the speeches. They didn’t say one loving thing, and went on to talk about all the mistakes he made during this life. The worst thing they brought up was how he was responsible for a car accident that put someone in a coma. I was cringing. Oh and one more travesty: dinner wasn’t served until 10 p.m.
haveagreatsummerHAGS 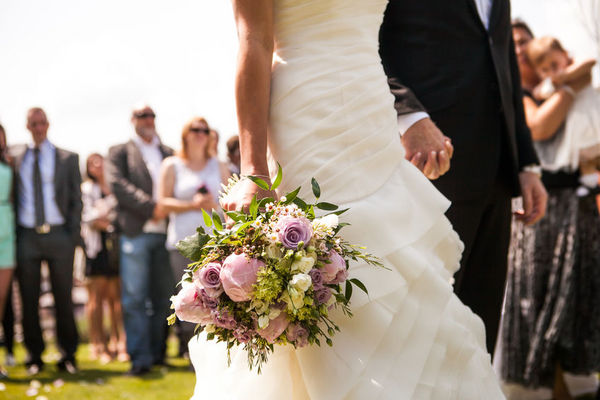 #6
There was this guy outside of the hotel walking up to groups of people in the smoking area, asking how much each person weighed. He was very overweight himself, and his jeans looked to be on inside out. He was severely underdressed for the occasion, and no one seemed to know him. Anyways, he would ask a persons weight, and then exclaim “I can bench that!”. Until one guy (I think he was a family member of the bride) got into an argument with him and started asking around if anyone knew this person, figuring that he was a wedding crasher. That’s when this gentleman decided to cut a deal with everyone. “If I can pick up that bench with my bare hands, can I stay for the party?” To which everyone agrees, because the bench was clearly bolted to the ground. So, he walks over, puts his hands on the bench, crouches down, and with all of his might… shits his pants in front of everyone. He stood up and waddled off through the parking lot to never be seen again. I did hear throughout the night people talking about a guy who was on shrooms outside, trying to lift a bench. So, I guess he was also tripping balls.
MangeStrusic

#8
I worked at a wedding venue for 4 years.
Having to stop a Bride’s Stepdad from hitting her over the head with a chair was a highlight. The whole room were just fighting with each other, the best man kicked the Mother in Law.
Different wedding, some dickhead bit the DJ because he refused to play a certain song.
For me the absolute worst one was when the newlyweds were arguing at the end of the night, in front of their young son, she admitted to cheating on him. It all came out there and then in front of his family and he was devestated.
UknowNOTHINjon