Cops, Have You Written Tickets To Other Cops?

Not above the law.

1.
I once pulled a deputy from a neighboring County over for a minor traffic violation (speeding under 15mph). As I approached the drivers side, the driver held his badge and ID out the window. He stated he was off-duty and armed with his service weapon.
Before I could say anything else, he said “I know I was speeding and I expect a citation, not a warning or a verbal.” He handed me his drivers license, registration and insurance. I still asked if he had a reason for the excess. He smiled and said “no excuses, go ahead and cut the ticket”.
I went back to the patrol car, wrote up the violation and came back. I handed back his information. He took it and said, (something like)” it’s good we can hold each other to the same standard as JQP”.
We briefly chatted a about mutual acquaintances, he drove off and I went back to work. When his court date came up, he showed up in uniform and in front of everyone, he pled guilty before the Magistrate. He then paid the clerk. He could’ve just paid online or mailed it in. In my state you aren’t required to appear in court if you’ve paid the ticket prior.
He made a point to show everyone there he wasn’t above the law.
lost_ranger

2.
I always had a thing against drunk drivers when I was a policeman. Found out pretty quick that cops made up a high percentage of offenders (late 1970′s) and I was pretty quickly ostracized after locking a few of them up.
booyongdave

3.
A friend’s father was the Commander of the local State Police Post. He lived by a railroad track that had been out of use for several decades yet there was still a stop sign at the crossing by his house. Everyone knew this sign was obsolete and no one stopped for it. He was pulled over by a local town police officer and issued a ticket for running the stop sign. Officer told my friends father, “just because you are a state patrolman doesn’t give you the right to run this stop sign”. A couple days later, friends father was going to lunch in his state cruiser and the town officer speeds by him in his town cruiser. State Trooper pulls him over and gives him a speeding ticket. Friends father tells him “just because you are a town cop and driving a police car doesn’t give you the right to speed and break the law when you are not responding to a call”.
grndesl

4.
Policed in a smaller town (20,000 pop) for 8 years. I was a military transplant, didn’t know anyone locally when I was hired. Lots of good old boys and friends of friends that could get away with almost anything.
Had a city councilwoman who believed no parking signs on her street didn’t pertain to her. One particular shift about 2AM, out of sheer frustration I guess, I found her truck parked in the street and decided to wake her and politely ask her to move it (thank god for body cameras.)
Next morning at 9 AM I was awoken by a phone call from my “superior” that a formal complaint had been filed for vulgar language and intimidation by said councilwoman. Again, thank god for body cameras.
Jolou85 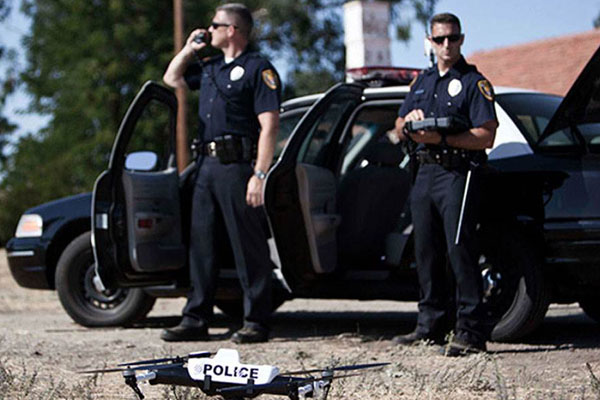 5.
A police officer came into the home depot I work at and tried to return a weed whacker because it didn’t work. He was in uniform still. We explained that because a) he didn’t have a receipt and b) the particular model he was trying to return was pretty old that we don’t even sell it anymore, and haven’t for a while that it couldn’t be returned. He basically said that he was a cop and that we were committing a crime for selling him a faulty weed whacker. He then proceeded to walk over to the garden centre, pick up a brand new weed whacker and walk out the door with it. This is theft. Police were called and we all watched a police officer get arrested. Crazy shit.
analbeads69