The Most Embarrassing Thing

Me: So, how’s the pregnancy going?

Female client: I lost the baby 4 months ago. Do I really look 7 months pregnant to you?

Client: It’s OK, don’t worry about it, I am just messing with you.

Me: Oh gosh, you devil. So, really, how’s the baby doing?

Client: Juan, I’m just messing with you by making it a bigger deal than it is, but I did f*cking lose it, OK? You get it now?

Me: I am just going to be quiet now.

I had to go to a friend’s wedding reception.I couldn’t leave office early that day and was running late for the party.I rode my scooter fast, there was no traffic and surprisingly reached the venue 30 mins ahead of time. That is when I saw a car parked next to me, with a reflective window tint. 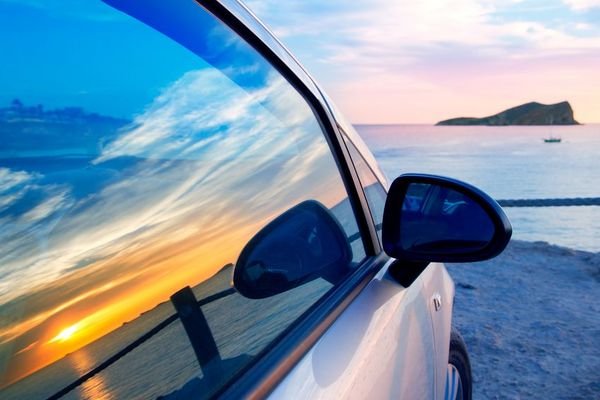 With my hair messed up by the helmet and a tired face from office, I wanted to put some makeup before I entered the hall. The parking lot was empty. So, I took my makeup kit, placed it on my scooter seat and did the following:

As I finished my makeup and was about to turn, the window rolled down and a guy asked

For all those who have asked if there was a romantic ending to this incident, sorry to disappoint – the answer is NO. Didn’t meet the guy in the reception either. Not all stories have bollywood endings, do they?

I have a list of cringe worthy stories, but this one actually makes me laugh!

When I was in college, I was kind of a slacker. In fact, I think it was the norm not to go to class. It became so out of hand that the professors started taking attendance and calculating that to our grade (20%!)

So, I was hurrying to class, and since I hadn’t been to class in a while, I mixed up the class rooms.

It’s an introductory science course, and it was supposed to be very large ~500 students and it was normally in the great lecture rooms.

I opened the lecture room door and stood in a great hall but it only contained about 60-70. And everyone was dead silent.

I was a bit puzzled.

I soon realized that, everyone was taking a test, and I marched down to the professor to collect a test, so that I could do it, though I was very worried because, I definitely didn’t study for a test.

Did they divide the classes into sections?

As I looked over the paper, it didn’t look like an astronomy class and introduction to the solar system. It was a third year chemical engineering class.

Panicked, I continued to look over the exam, noting that chemistry was actually a weak subject area for me.

Determined to at least TRY to do the test, I sat there for 30 mins and worked on problems, until I was exhausted. Finally, I walked over to the professor, slightly ashamed and said, “Errmm… You know, I think I’m in the wrong class.” with a sheepish grin.

He replied, “Oh. I knew from the moment you walked into class that you were, but I was surprised that you stayed for so long to attempt the exam.”

I immediately rushed out, while every. single. student. stared at me.

Especially since it felt like it took 500 minutes to walk up those steps, and out of that class.

Could things get any worse?

I tripped when I was near the door.

A week later, the professor wrote me an email, “But, you’ve got spunk for staying. And if you ever want to be a chemical engineer, let me know, because you got a B on that test.”

16 Cake Decorators Who Might Not Be Geniuses, But At Least They’re Funny As Hell
15+ Jokes About Halloween To Make You Laugh
15 Truly Savage Tweets About Kids That Are Hilarious
20 Funny Kids That Will Go Far In Life