What Did You Eat, Only To Regret It Moments Later?

There’s a preserved fish dish in South Korea called Hongeohoe. I was warned off it, but decided I should show my host my willingness to try local food and be more than just a tourist. 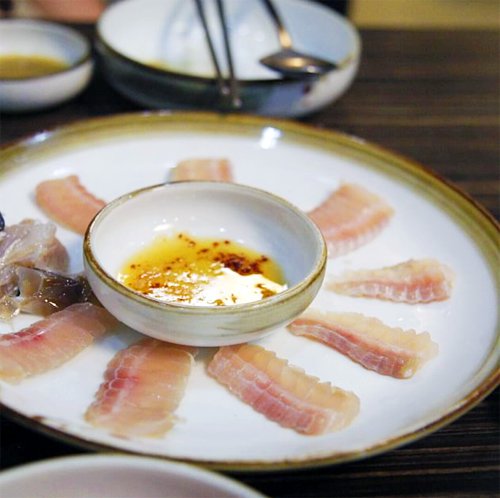 It tasted like ammonia. And being preserved, it was rubbery. The more I chewed, the stronger the ammonia taste got. It was like chewing an eraser that had been impregnated with floor cleaner. I choked the piece down, but the flavor stayed with me, the fumes rising into my nose.

My host said kindly, “A lot of Koreans don’t like it either.” Now he tells me!

It happened when I was 19 and I was in the States for the first time.

Oh the horror… I still have nightmares sometimes about that day.

This apparently harmless sauce crippled me for a whole day and made me miss work. 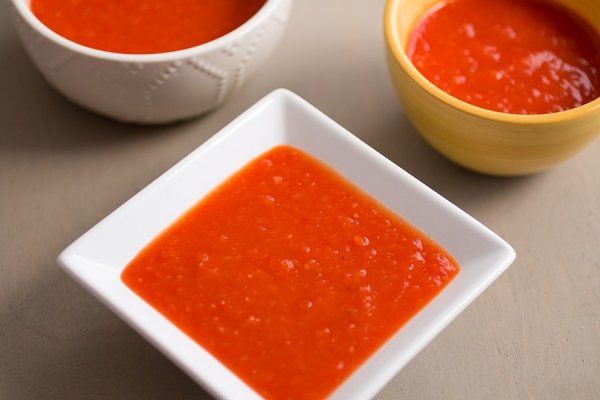 I was in a summer exchange program right after I finished high-school. I decided to go and experience the American Dream but not through the eyes of a tourist but those of a local. So I went on this cultural exchange program to work in a restaurant for the summer.Like any good ol’ Fine Dining restaurant half of the kitchen staff were Latinos. I was working as waiting staff.

One day I come to work early in the morning at 6:30 to set up the terrace, clean the tables and have everything prepared for breakfast. This restaurant was a 4 diamond venue awarded with multiple Zagat awards under it’s belt. The restaurant was right above the water, with a harbor next to it. People could actually come down from the boats right in the middle of the patio. It was pretty fancy and as waiting staff you needed to have a certain etiquette and be presentable.

So while doing my usual work I go through the kitchen area and there I see all my compadres gathered around the counter. On it there was a plate of the most tender chicken crisps ever. Big, fat and juicy. It was not something that we served so I guess my co-workers made it home. I didn’t have a chance to grab breakfast because it was too early when I woke up but at that moment the hunger just hit me.

“Right on time”, I told myself

I was so distracted that I didn’t even notice that the other guys were in a mixture of laughing and crying at the same time. Also that they were overly enthusiastic for me to take some chicken and dip it in the amazing golden sauce next to it.

Being European I wasn’t really familiar back then with the 1000′s of dips and sauces that you could have with your food. I thought it was going to be something nice, maybe with an Italian touch to it.

The sauce in question was made from Bhut Jolokia or more commonly known as “ghost pepper”. You can see it’s just under the U.S Pepper Spray pain chart. 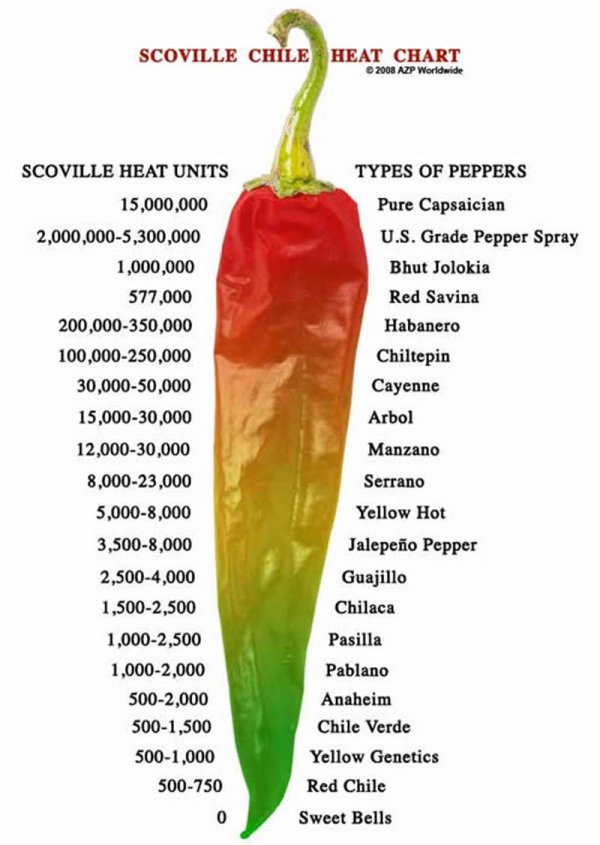 I took a piece of chicken, drenched it fully in the sauce and took it to my mouth. I bit out of it more with my lips rather than my teeth because the meat was very tender it just fell apart, melting in my mouth. The sauce was both in my mouth and on my lips.

Not even 2 seconds pass, and I feel this burning pain hitting my brain faster than I could realize where it was coming from, at first I thought I rested my hand on the burning stove or something. Then everyone looks at me laughing and asks me if I’m Ok. When I wanted to reply I felt that my lips were melting and someone was trying to nail them back to my face with 1000 hammer hits per second.

Instant sweat started gushing from my forehead and armpits. My perfect ironed shirt and tie were just a dear memory now. Also my underwear maybe, who remembers anymore? I could not open my mouth, I could not talk, I could not scream, I was just moaning with my mouth shut tight. 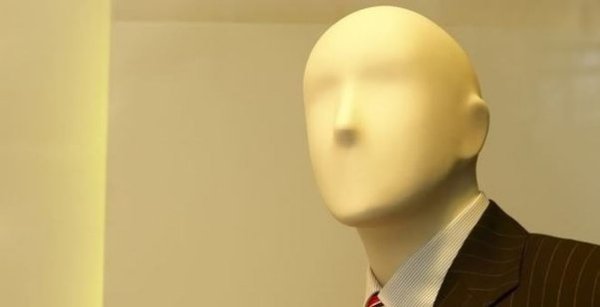 Add the sweat, the blood red eyes, the veins on my forehead ready to pop and the desperate look of wishing to be put out of my misery like a deadbeat horse.

Apparently there was a technique my amigos forgot to tell me.

● Dip it just a bit on the side

● Bite it with your teeth

Needless to say they should have also told me the third most important technique:

I prefer to think that after that I just fell unconscious because the pain knocked me out. I don’t really remember what happened next. Just that I never finished setting up for breakfast that day and was sent home. As a bonus, I had Kim Kardashian’s lips for a whole week.