The Shortest Interview, But Got A Job Offer

1.
Moved 1200 miles away for college. Walked into a Dunkin Donuts.
Me: Are you hiring?
Boss: Yea, do you have experience?
Me: Yes.
Boss: Can you come back in an hour and start your shift?
Me: Yup, see you then.
UrMomLikesMine

2.
Subway
I didn’t sit down for the interview. The supervisor just asked “Can you be flexible?” and I said “I guess”. He handed me the uniform and said I start on Monday
Snails-in-the-Crpyt

3.
I was 16, had my license for 2 weeks. My parents ordered some food from a local Italian place and told me to go pick it up.
I walked in and there was some kid in there bussing tables, or he was supposed to be. He was just bitching and drinking soda. So the lady at the counter asked me if I wanted a job and without thinking I said “uhhh… Sure?” And without missing a beat she hands me a business card and told me to call her in the morning with my availability. I could start tonight if I wanted. Then she picked up the phone and called the kids parents, I’m assuming, and explained that she was firing him, and they needed to come pick him up right then and there.
Kid was fired before I left the restaurant.
…I never called her.
PM_ME_2DISAGREEWITHU

4.
I was asked “Do you want the job?” I answered “Yes” and they hired me.
fishingspirit 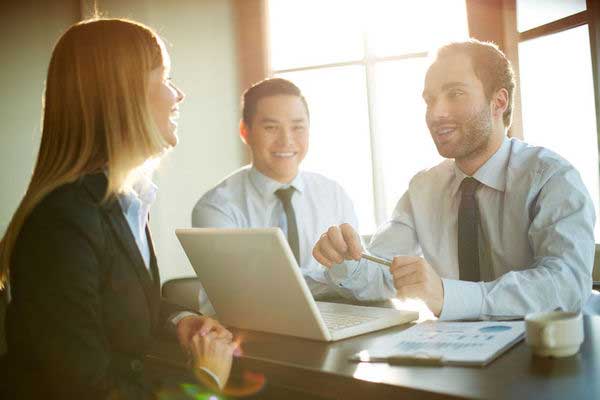 5.
Weirdly enough, I think every job I’ve gotten barely had an interview. But the best one was when I got the job at my local animal hospital.
The veterinarian apparently liked the way I handled my pets during their appointments and asked if I would be interested in doing this for a living. I was super thrilled, being that I had JUST turned 14 and McDonald’s was ignoring all my job applications.
I went back a few days later to schedule the follow-up – legitimately just to set the appointment – when one of the receptionists goes, “Oh! The doctors told me to send you to their office the next time we saw you!” I’m in my peak high school nerd/goth apparel, wearing a Fullmetal Alchemist t-shirt, studded bracelets, bondage pants and fishnet gloves and my hair was an absolute MESS. So I tried to tell them I didn’t have enough time but they sent me right back anyway. I sat down in their office, apologising incessantly for my outift and swearing I didn’t think I could do the interview today and to let me come back when I’m better prepared and have more time and the one doctor I hadn’t met yet squeals with delight at my t-shirt, indicates a miniature Edward Elric statue from her desk and gives me a thumbs up.
I was then asked if I ever wanted to be a vet by both of them and at the time, I did. I was asked if I had any allergies to animals, which I answered no to. And that was literally it. I worked there for ten years. I still to this day have no idea how I landed that job – they were very selective about who they hired & their staff was pretty top tier, but then again I didn’t have a super important job so I guess all the real interviews are left for vet techs/licensed vet assistants/actual veterinarians.
carlythesniper