The Most Asshole-ish Thing Cat Done

It was the most fu*ked up thing a cat ever did to me.

I have a fish and his tank is this cheap little plastic 3 gallon thing that I got at walmart. The lid has a square hole cut in it so you can feed the fish. The hole is roughly the shape of a cats paw. My cat, Walt, figured out that he can put his paw in the hole and lift the cheap plastic lid off the tank so he can drink the water/ fu*k with Lionel (the fish). Usually Walt responds to me yelling “WALTER, NO!” at him.
Anyway, this one particular time he struts into my room and moves nonchalantly over to the fish tank. He gets up close to it and starts to put his paw into the hole. I yell at him and he freezes with his paw hovering above the hole. Our eyes meet. I’m pretty sure he knows I mean business. He takes his paw down. Then, for some reason I’m still not quite sure about, he jumps up and lands in the tiny space between the wall and the fish tank and knocks the entire tank into the floor.
He didn’t even run away. He just stood there. And then he meowed at me.
GingerMonster

one of my girlfriend’s cats pantsed me once. in the kitchen. while i was cooking.
mrjing0 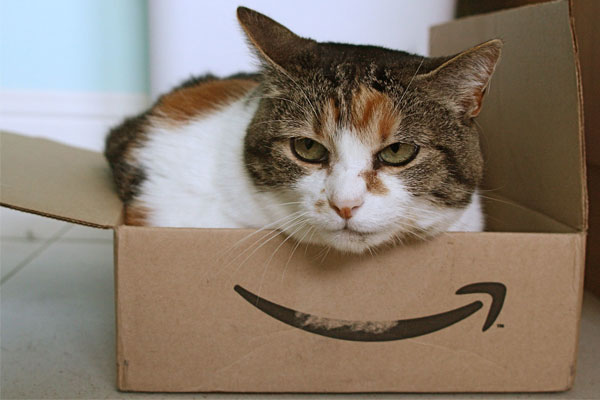 My cat jumps in the shower just after I’m done and walks around just enough to get her paws nice and damp. Then she jumps up on the sink and stretches with her paws all over the mirror- leaving paw prints everywhere. She knows what she’s doing. I love her, but she’s an asshole.
deleted

I laid down at about 4am after a rough night and my scumbag cat jumped on my chest, looked me in the eye, howled and pissed all over me. It was the most fu*ked up thing a cat ever did to me.
Annihilating_Tomato

Tried to burn down my house. I was refilling a Zippo and the cat knocked the lighter fluid over on the table and promptly knocked over a lit candle on it setting the table on fire.
rtphj1

My cat has the little toy mice all over our room and he will drown them in his water bowl and then bury them in our bed.
guitarkid16

I learned once that cats HATE the smell of citronella. I had sprayed my legs with an all natural bug spray one time in the summer. When i walked in the house, the cat briefly walked up to me, smelled my leg as she went to brush up against it, and went into full Terminator mode. Wrapped all four paws around my shin and BIT as hard as she could. Crazy shit.
DarthLysergis

My cat murdered my ex-wife’s mom. When my wife found out, she couldn’t stay with us anymore.
deleted

I’m closing this right now in case my cat is watching me, I don’t want to give her any ideas.
RuthlessRuben