1. I started to cry in the middle of the interview.
The night before the interview, I had a dream about my mom and got really sad. Then the women from HR doing the interview started to ask a lot of questions about my family, and there was no avoiding it, I just started crying. One of the women said she wouldn’t put it on the evaluation, but I’m still waiting for a call back from them. I die of laughter whenever I remember it.
Nelle 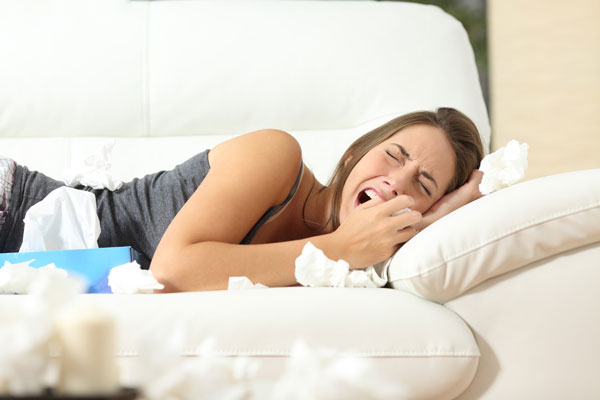 2. I helped a girl who was puking and I got screwed.
A woman at a group interview I was in got sick and threw up. I thought it’d reflect well with the evaluators if I helped her out, so I took her out of the room and helped her get all cleaned up, which was a big job. When I returned to the interview, it had continued without me, and I was never called to come back in. That’s what you get for trying to outfox the others, hahaha.
Anônimo

5. They asked you to bring an object that represented me, and I took my cornea.
During a selection process for a job, one of the steps was a presentation where each candidate had to bring an object they felt represented them. So, I brought my cornea (I’ve had a transplant). Everyone was shocked, including the HR woman conducting the interviews. But I got hired, and I work there to this day.
Mariana

6. They asked me what I did on the Internet, and I said that I liked to read about conspiracy theories.
When i was in high school, I was part of a selection process for a Navy I.T. internship, and I was being interviewed by a captain or a colonel or something. Who knows. I was a typical 16-year-old, through and through, and was a silly and naive girl. He asked what I did on the internet, and I told him that I use social networks and read about conspiracy theories a lot… IN A SELECTIVE PROCESS TO WORK WITH THE MILITARY. It goes without saying that I didn’t get the internship.
Caroline

7. I heard the owner of the company screaming and almost physically attacking an employee.
My first job interview was at a construction company. When I arrived, the owner asked me to wait as he talked with an employee. I was in the reception area with his sister, who was a partner in the company. Suddenly, I hear a shouting match happening between the owner and one of his construction workers. This guy was screaming and threatening physical abuse on the employee and accusing him of drinking on the job. The sister glanced at me, and I had to act like I wasn’t scared. All I wanted to do was run the hell away from there.
Renata

9. She asked me if I smoked. I answered wrong.
The interviewer asked, ‘Do you smoke?’ and I replied with, ‘What?’ We laughed a lot, and I never got called back.
Nat

10. Which way to the bus?
The woman conducting my interview was super friendly, and asked if I lived nearby, and if it was inconvenient to get there, etc. I said, ‘Of course not, not at all…’ After the interview, she had to take me to the bus stop because I couldn’t figure out how to get there. But, i was hired anyway.
Isabela

11. He asked about my hygiene, and I preferred losing the job to missing an opportunity to crack a joke.
The interviewer was asking a couple of questions about me, and asked about personal hygiene for some reason. I said, ‘I only bathe on Sundays! Hahaha, kidding of course,’ but they never called me back.
Brenda

12. I went to an interview at a store, and I ended up breaking everything.
Once, I went to a retail store for a job interview. I leaned my arm on a shelf, and every glass on it fell to the floor, smashing to bits. It was one of those really expensive glass shelves, and I was worried that they’d hire me just to make me work off the price of the shelf for the first month.
Juliana

13. My bra was hanging out and I didn’t even notice.
I once went into a job interview with a cross-body bag on, and it had opened up all the buttons on my blouse without me noticing. There was my bra, completely exposed, and I didn’t notice until I was on my way out of the interview. I didn’t get the job.
Janaina

14. I was brutally honest, and told a fellow candidate that she was bad and that I’d never trust her.
In a group interview once, we were playing this game where one person covers the eyes of another person, and then a third person leads them around in order to test how they work as a team. I was the one with my eyes covered, and the woman leading me around caused me to trip and bump my leg on some cones they had set up. We took the longest to get around the obstacles, and at the end I told her she was awful and that there was no way I’d ever trust her because she had almost killed me (lol). I later found out that everyone had been hired except for me.
Nathali

Albert Einstein Was Offered The Israeli Presidency
People From Ohio Curse More Than Anyone Else
Don’t Lick a Dog’s Face. Ever.
China Overtakes U.S. As World’s Largest Economy