What’s The Most Intellectual Joke You Know?

Both physicist and biologists are soluble in water.

1.
A Roman senator arrives late for a session and finds that Cicero is already in the middle of one of his long speeches. After trying to catch up for a few minutes he gives up and asks another senator, “what is he talking about now?” and the man replies: “I don’t know, we’re still waiting for the verb”.
welpimnewtothis

2.
So, after a long day’s work in the lab, Pavlov sits down in the pub for a cold beer and some snacks. Everything’s calm, until somebody rings the bell for the waiter. Pavlov immediately tenses up, jumps from his chair (almost knocking over his pint), exclaiming: “Holy shit! I have to feed the damn dog!”
mikethejuice

3.
So Descartes walks into a bar.
Bartender says, “Can a get you a drink?”
Descartes says, “I think not” and disappears.
ThievingRock

4.
A farmer is having trouble with his chickens not laying any eggs, so he brings in a Biologist, a Chemist and a Physicist to work out what’s wrong.
The Biologist, exams the chickens, takes their temperature, checks their feathers, but can’t find anything wrong with them.
The Chemist looks at their food, examines their droppings, checks the chickens for any poisons, but also can’t find anything wrong.
The Physicist doesn’t even touch the chickens, he just stares at one for 10 minutes, then begins scribbling in a note book. After some time he yells “I’ve got it! But it will only work for a spherical chicken in a vacuum”
Tekrith

5.
Idk about intelligent but I like this one:
A physicist, a biologist, and a chemist go to the beach. The physicist, fascinated by the motion of waves, wades into the ocean and drowns. The biologist, overcome buy the beauty of dolphins and sea turtles, wades into the ocean and drowns. The chemist grabs his notebook and writes “both physicist and biologists are soluble in water.”
Luposetscientia

6.
Schröedinger gets pulled over, and the cop decides to search his car. Cop says, “Do you know there’s a dead cat in your trunk?” Schröedinger says, “I do now!”
tinyahjumma 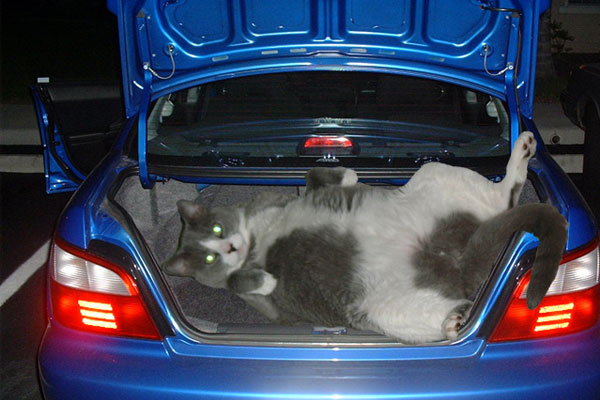 7.
An engineer, a physicist, and a developer are driving in the mountains. As they go down a hill the brakes stop working and they drive over a cliff. Miraculously they all survive. While they wait for help to arrive, they try to figure it out what happened.
The engineer says “maybe the braking mechanism failed to engage, preventing us from stopping?”
The physicist says “maybe the brakes didn’t apply enough friction to reduce our velocity to 0?”
The developer says “let’s do it again to see if it’s repeatable.”
casualblair