My little cousin came up with an A4 paper full of scribbles.

When I asked him what is this, he said “There are horses here and they are running.” When I said where are the horses he told me that “The horses are running so fast that you can’t see them from the dust they lift.”

His instant response: “Have you ever seen a crocodile brush its teeth?”

I once went over to my friend’s house where she had displayed her preschooler’s artwork on the fridge. Nothing weird about that, right? But the more I looked at it, the more I started question what I was looking at. It was a circle, with little lines radiating out from it and a few letters. So, I figured I’d just ask what it was I was looking at. It went like this:

Me: Hey, what is this a picture of?

Me: Really? Because it kind of…sort of….definitely looks like it spells out the word “labia”

My friend whipped her head around and took a really good look at the picture and started dying laughing. By some weird chance her kid had wrote the letters “aba” but the legs of the spider visually filled in the “L” and the “I”. 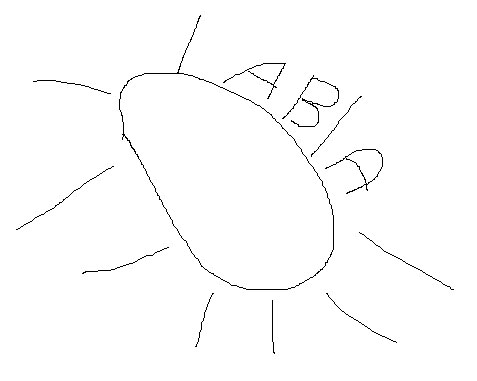 The next day, they were having family over and they hid the “Labia Spider” but their child threw a FIT screaming for her ABC spider to be returned to its rightful place on the fridge. They hesitantly hung it up again, but no one else seemed to notice. When they moved to their new place they “lost” it, I was disappointed because I would have kept that as a memento.

Picking up our five year old daughter from kindergarten, I am flagged down by the school’s principal. He wordlessly hands me a drawing made by my daughter in art class. His facial expression is a combination of awkward embarrassment, empathy and a bit of consternation.

That evening my wife and I examined the artwork and discussed at length what to do. Many minutes of strategizing resulted in the following conversation with our daughter as she sat on mommy’s lap at the kitchen table -

me, placing the artwork on the table: “Hey, honey, tell me about this picture you drew at school today!” 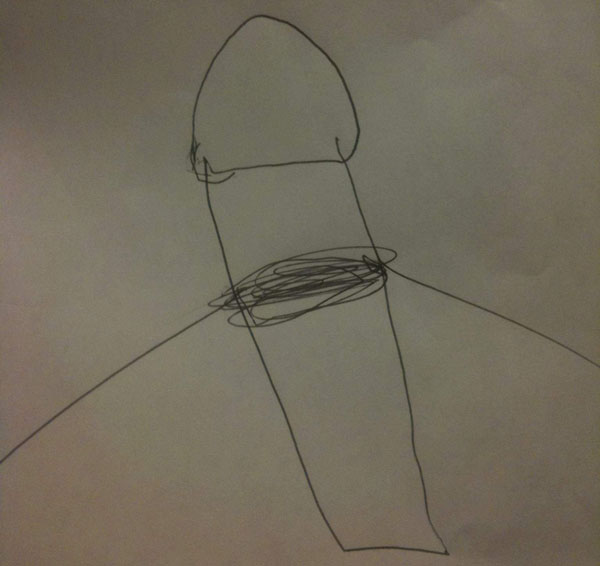 daughter: “I drew it in art class!”

me: “Good! Sooo, tell me what you were drawing…”

daughter: “We were drawing our favorite things!”

My wife’s eyebrows shoot up. My brows furrow and I try mightily to play it off as if I’m carefully examining the picture.

me: “That sounds fun. What favorite thing is this a drawing of, honey?”

daughter: “Daaaddyyyy! You know! It’s a muffin on a table!”

Ending of Babe Movie
What Events Happened on November 13 in History?
Just 24 Really Funny Tweets About The Health Care Bill Withdrawal
22 Mistakes That’ll Make You Laugh Harder Than They Should