2.
(as the plane has just arrived at the gate and people started standing up while the seatbelt light was still on)
“We need some help cleaning the lavatories, please stand up if you can pitch in.”
Boy did people sit down fast.
Derek Schatz

3.
“We know that you have many choices when flying, we thank you for not being able to afford any of them.”
Christine Ricks

4.
May we remind you that there is no smoking in the lavatory and the FAA fine for disabling a smoke detector is a thousand dollars. If you were planning to spend a thousand dollars today, you should have flown NorthWest.
Brian Koehn

5.
Upon hitting some turbulence.
“No need to be alarmed folks. That was just the sound of your luggage being ejected from the aircraft.”
Garrick Saito

6.
“We’ll be dimming the lights to enhance the beauty of our Flight Attendants”
“If you are travelling with children, or an adult acting childish, be sure to place the oxygen mask over your face first, then theirs”
Eric Lutz 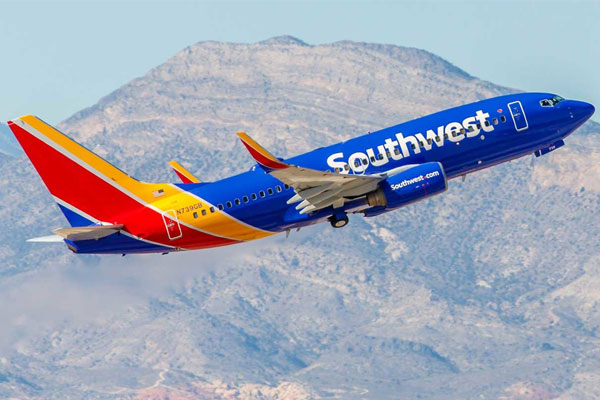 8.
On my last flight, a male flight attendant was throwing bags of peanuts at everyone and if they didn’t catch it, he would throw more. When he got to me, he made a comment about my spiky hair and put two bags of peanuts on my head. I didn’t figure out the joke until later. :-/

The same flight attendant ran through the cabin wearing the oxygen mask and yelling BOO at unexpecting passengers.

“If you are traveling with someone that needs assistance, put on your mask first then assist the other passenger… unless it’s my ex-boyfriend then don’t bother.”

“Although we never anticipate a change in cabin pressure… because if we did, we wouldn’t have come to work today…. If you’re traveling with a small child, what were you thinking? Put your mask on first and then help them with theirs. If you are traveling with multiple young children, assist the one with the most potential first and then work your way down.”

“We’ve been cleared for departure. Whether you like it or not, this Boeing is going!”

“Cleared for departure. We’re about to get really high and go reaaalllyyy faaassst.”

Before deplaning: “I now release you into the world. Be good to each other, call your mother and eat your vegetables!”
Ryan Rosario

9.
I was on a Southwest flight recently, which had been delayed by about an hour. One of the pilots came on as we were getting ready for take off, to apologize for the delay: “We’re gonna fly this thing like we stole it!”
Samira Emelie

10.
Shortly after 9/11, when most airlines were really struggling:
“As we taxi out, we’d like those on the right side of the aircraft to press their faces against the window… We’d like to remind those other airlines what a full plane looks like.”
Landing in Vegas:
“For those here to gamble, good luck! For those here to take in a show, have a great time… For those here to get married… WHAT THE HECK ARE YOU THINKING!”
Chris Everett

11.
I was on a Southwest flight departing Phoenix. We had been taxiing for an inordinate amount of time prior to taking off. The flight attendant got on the PA and said, “It’s such a nice day, we thought we’d drive.” The cabin erupted in laughter.
Steph Quinn Pfeilsticker

12.
Flying out of Philadelphia to LA…….Flight Attendant “To anyone who checked their bags instead of dragging them into the plane cabin and trying to cram them into the overhead compartments: DRINKS ARE ON US”
I answered “WooHoo!”
The FA: “Yes, seat 14 A is the only one.”
Kevin Mark Wray