My grandfather was rich but did not have any sense of responsibility. Three out of his four sons grew up uneducated and affected by alcoholism. (One of them is my father). They also had this false sense of pride that created this feeling of shame in doing small jobs.

So what happened? By the time I gained conscience, we were shit poor.

Getting bread with some vegetables on the plate, twice a day, was a dream. On countless occasions, we used to eat only roti with chilly chutney.

Sadly, sometimes there won’t be enough chilli even to make chutney.

In early childhood, I used to get old books from my cousin (lets call him Pappu) who was one class ahead of me in school. Pappu was a contemptible person, he used to bully me for his old books.

This is my resume before I entered college-

• Worked as daily wage labour in house construction for 45-60 INR a day.

• Worked in transporting bricks from brick fields to construction sites for ~80 INR a day.

• Worked in an Indian wedding band for ~60 INR a day (only once). And yes, I had to wear a uniform like this.

• My most memorable day is when I sold Kakadi (cucumber) for the full day with same cousin Pappu earning 7.50 INR. Each one of us got 3.75 rupees, with lots of Kakadi to eat.

How poverty affected my education?

If I look back, I was above average in my class. But all that work for food, bad neighborhood, and lack of resources (time, stationery, school uniform etc.) affected my education badly. Also, my self confidence was very low.

So what happened? By the time I came in 10th Standard, my education was messed up. I got 46% marks in 10th exams. I cleared 11th standard with grace marks and finally…I failed 12th standard.

But, my failure was actually a gift. My friend-circle was gone, everything was meaningless to me. I had that talk with myself that made me realize that nothing matters except a good education.

One of my uncle guided me in this tough time. He asked me to carry my 11th standard Physics, Chemistry, Maths books and go to a nearby Ashram everyday in the morning. I used to study there, eat free food, and come back in the evening. I followed that routine during my summer vacations and built my fundamentals. I realized that education is the only way out of my pathetic life. I used to recall Booker T. Washington’s essay, The Struggle for an Education from my 10th English syllabus. It was a real inspiration.

Next year, with same level of dedication, I cleared 12th with flying colours with distinction in Physics, Chemistry and Mathematics. Also, I appeared for Chaudhary Charan Singh University engineering exam and secured 3rd rank. That gave me enough confidence to try something bigger.

How poverty changed me as a person.

It made me rock solid. When usually people are scared about something, I drink some tea and carry on. Unless its about someone’s life, I keep my cool.

Also, I have immense respect for hard working people. While so many people around me feel ashamed to talk to Rickshaw pullers, it gives me immense pleasure to talk to them. I speak politely with Rickshaw pullers, farmers, waiters and all those people trying to earn a living in tough economy.

It also made me realize the value of food. Usually this is how my plate looks like once I am done eating (even if food is not so tasty). 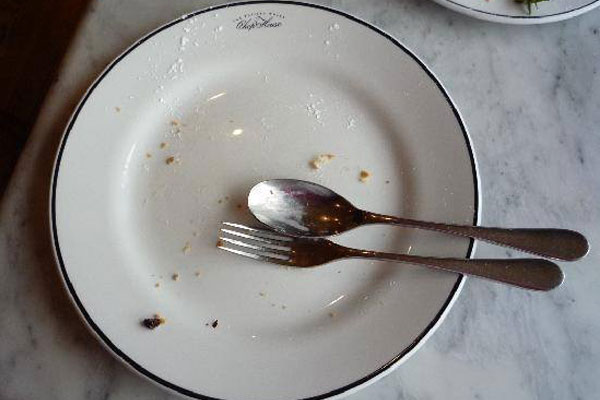 I never smoke. Sometimes I will drink a beer with my friends, but no hard liquor. Possibly because partially I hold my father and his drinking habits responsible for my bad childhood,

As far as money is concerned, I earn well. Still, I don’t waste money. I consider buying costly gadgets, drinking a lot, and doing something useless to impress your “friends” as a waste of money.

That doesn’t mean I am a miser. For me, only few things are worth my hard earned money. I am living at a great place paying more than average rent for this apartment, because its so beautiful and peaceful.

I am also a proud owner of a Royal Enfield Thunderbird.

All in all, poverty made me the person I am today. It was one hell of a journey. And it’s still going on. It’s just not that challenging any more :D