The 50 ‘Rattiest’ Cities in America

Who watches the rat watchers?

Regardless of where you live, you’ve likely seen at least one rat scurrying about. Be it through a barn in the country or away from an overstuffed trash bin on a city street, rats often set up shop alongside us humans. After all, we supply plenty of shelter and food for the rodents, so why wouldn’t they follow us around? 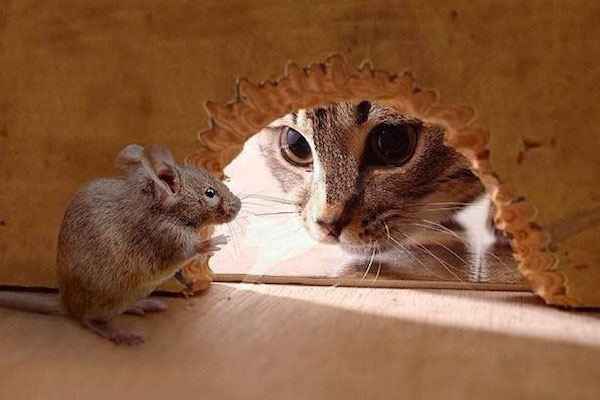 “This is especially true once autumn begins. As the temperature drops, rats seek places to ride out fall and winter in relative comfort and safety. And these too often happen to be our homes or businesses.” said John Kane, entomologist and Technical Director of Orkin’s Midwest Region.

Since fall marks the start of rodent season, Orkin releases a list of the top 50 “rattiest” cities in the U.S. based on the number of rodent treatments — residential and commercial — they perform from September of one year to September of the next.

Here are the cities that varmints favored between 2016 and 2017:

Chicago has had the dubious honor of being the top city for three years running, and New York has clung to the No. 2 spot like it’s a slice of pizza. New Orleans and Cincinnati saw the most gains in their rat problem compared to last year, jumping 15 and 10 spots, respectively. Some cities have gotten better however. Raleigh–Durham dropped 11 notches from where it landed on the list last year, while Albany–Schenectady and West Palm Beach both fell 10 spots from the previous year.

Perhaps in a sign that Orkin needs to step up its own game, the company’s home city of Atlanta not only landed at No. 14 on the list this year, but it moved up two spots as well. It’s just like that ancient Roman saying goes: Who watches the rat watchers?

Via mnn / Article have been lightly edited for length/clarity.