20 TV Couples That Honestly Should Have Never Happened 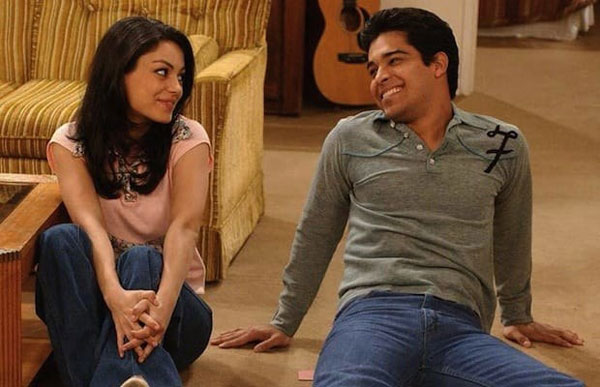 Fox
Jackie and Fez were a ridiculous endgame. Fez was a real creep and Jackie and Hyde’s’ relationship had gone through so much growth and development just to go *splat* in season eight. Vega Niketh, Facebook

2. Christopher and Lorelai from Gilmore Girls 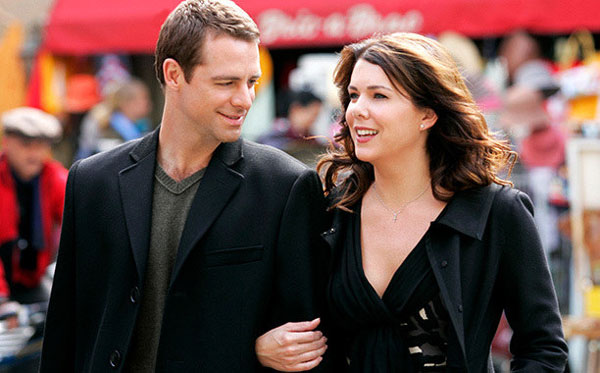 The WB
ESPECIALLY when they got married. rachaelq46276bf3f

3. Ian and Trevor from Shameless 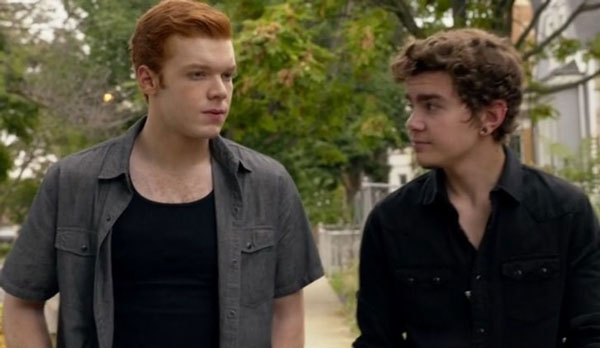 Showtime
When Ian wasn’t sure if he wanted to have a sexual relationship with Trevor and suggested they remain friends, Trevor told him that he had enough friends and Ian can stop pretending he doesn’t want him. It was uncomfortable. This ‘couple’ lacked chemistry and was a sad attempt from producers to get the audience to forget about Ian’s relationship with Mickey Milkovich. Sarah Yaron, Facebook

4. Ted and Robin from How I Met Your Mother 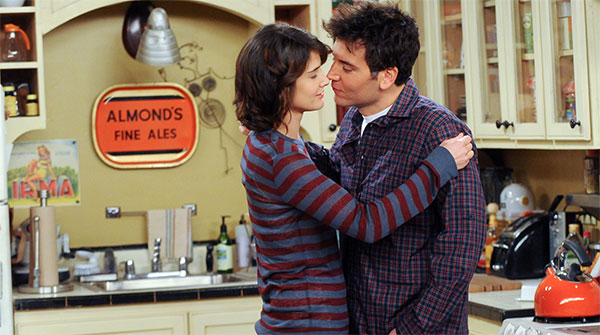 ABC
That whole show built up to him and the mother, only to kill her off, kill of all character development and put them back together. There were seasons dedicated to how they were wrong for each other and yet they still ended up together. Barney was problematic as hell but he had some serious character growth by the end, way more than Ted, and he had so much more in common with Robin. I’m still hacked off that they divorced. I’m even more hacked off that she ended up with Ted. beccaadrienne

5. Ross and Rachel from Friends 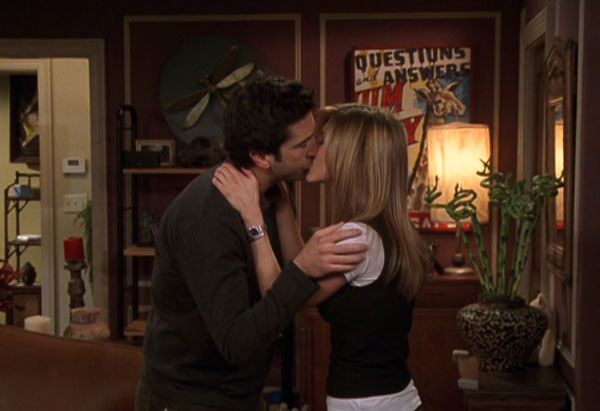 NBC
Rachel became this badass fashion executive while Ross managed to have no arc across the entire series. She grew away from him and yet she still got off that plane and I’ll never get over it. catlynfour

6. Rachel and Joey from Friends 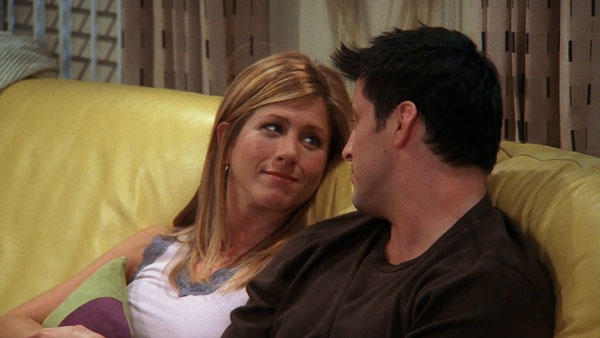 NBC
The relationship came out of nowhere, had no chemistry whatsoever and almost made me skip that whole season. amberthane27

7. Andy and Angela from The Office 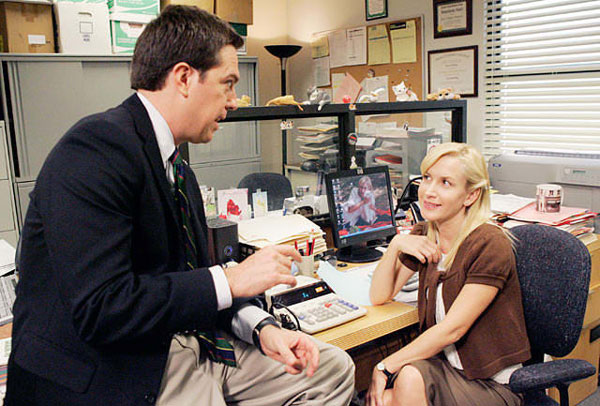 NBC
I understand using it as drama for the Dwight and Angela romance but it was still an awful pair. There wasn’t ever a nice moment with those two, even the proposal was awful with her snapping at him into the mic. avatarearthboy

8. Mon-El and Kara from Supergirl 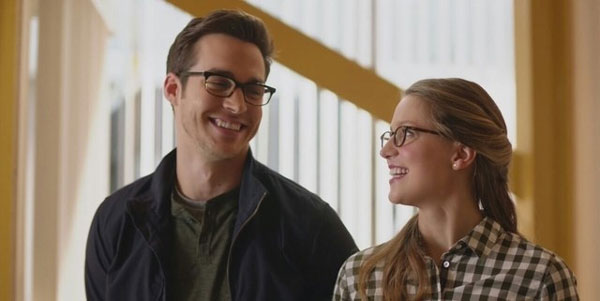 The CW
He treats her so badly and I’m sad that behaviour like his gets normalised in a show which also has many young girls watching, and maybe now thinking that they have to excuse all those shitty things from the boys they’re dating too. Just how can anyone think that someone who talks about how he misses objectifying women is actually good boyfriend material? fandomiida

9. Archie and Veronica from Riverdale 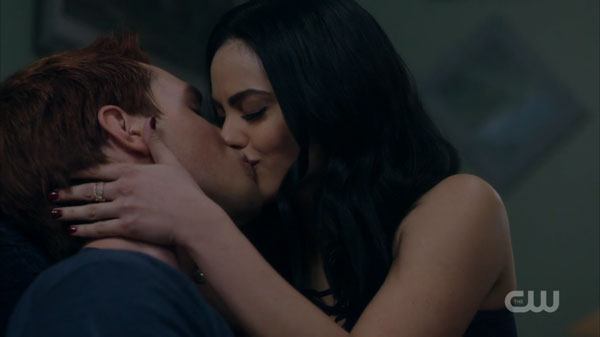 The CW
Veronica and Archie have NO point other than the fact that they were third and fourth wheel to Jughead and Betty. fredadekock

10. Ryan and Marissa from The OC 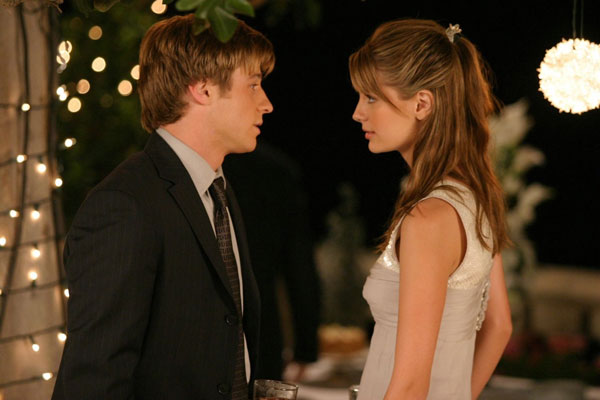 Fox
Both Ryan and Marissa were needy as fudge and made stupid decisions when they were together (spoiler: Remember when Marissa shot Trey? That was it for me). And don’t get me started with Ryan. pamiam

11. Willow and Kennedy from Buffy the Vampire Slayer 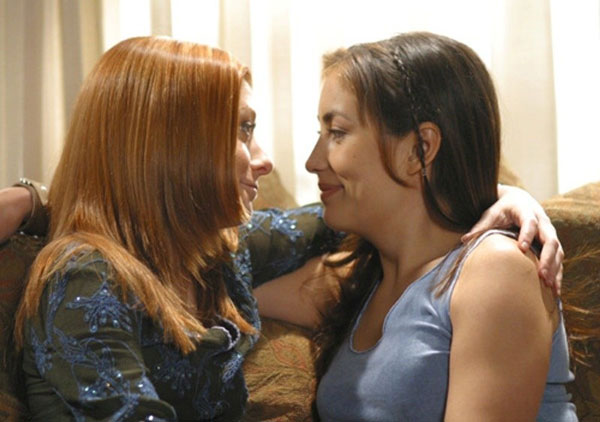 The WB
I have a hard time believing that Willow would move on from Tara’s death so quickly, not to mention it felt completely unnecessary to the season as a whole. Plus, Kennedy was awful and negative all the time. larken

12. Belle and Rumplestiltskin from Once Upon A Time 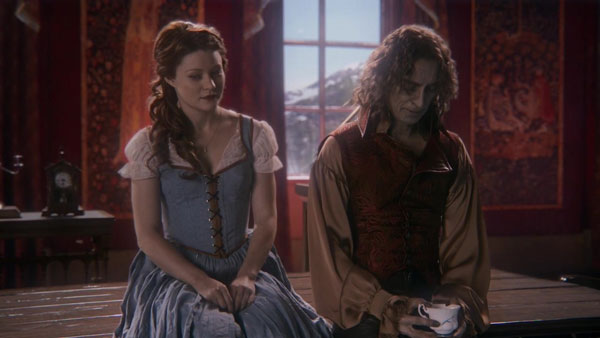 ABC
I used to find it romantic but now I can’t see past how often Rumplestiltskin lies to and uses Belle. Every time they get together again it’s so odd and repetitive as well and it gets to the point where Belle’s purpose seems only to be to see the ‘man behind the beast’. Nasty. darthkitteh4242 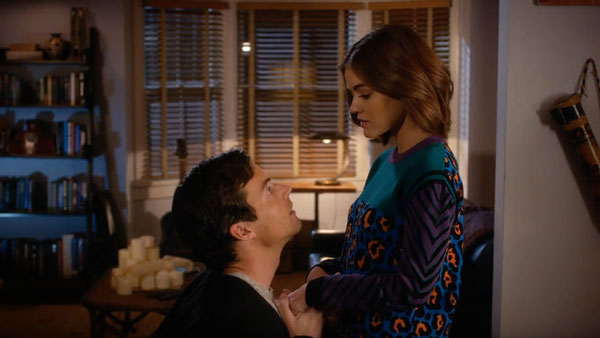 Freeform
Like, the dude was obsessed with Aria and literally wrote a book about her, then dated Aria even when he knew she was a minor? keishamarieo

14. Tom and Ann from Parks and Recreation 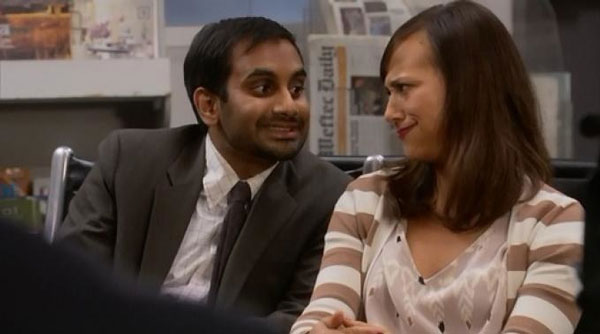 NBC
They had zero romantic chemistry and the whole thing felt very forced. They broke up constantly and their reunions felt so superficial and awkward. Obviously I suppose that was sort of the point of their relationship but it wasn’t funny at all, just uncomfortable and VERY out of character, especially for Ann. Their relationship is probably the only complaint I’d have on an otherwise perfect show. Ellie Jobey, Facebook

15. Deb and Dexter from Dexter 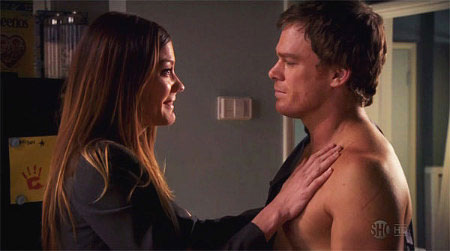 Showtime
I was seriously furious. I️ get that they weren’t technically related but i just found that whole storyline to be really bizarre. morganw42cfec269

16. Nancy and Jonathan from Stranger Things 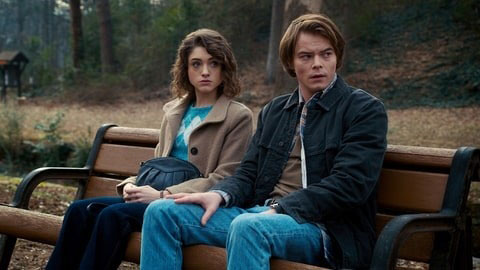 Netflix
Why are we just supposed to forget he took creepy photos of her getting undressed? charliem48c67b8ed

17. Chakotay and Seven of Nine from Star Trek: Voyager 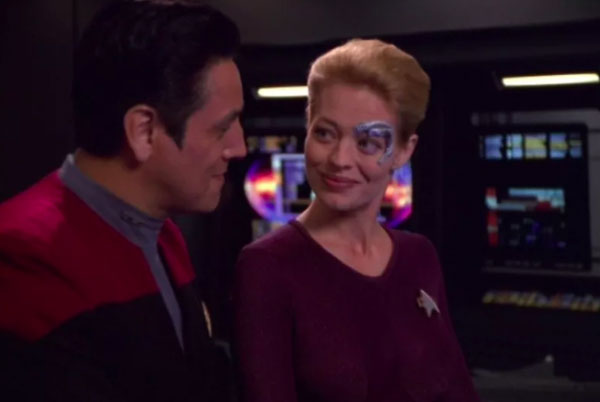 UPN
I’ve held on to this grudge for nearly twenty years now. There were so many other great arcs for those characters throughout the show but their relationship, mostly shoved in to the final two episodes, felt forced. The characters had no chemistry whatsoever. I love every other aspect of the Voyager finale but I cringe when those two are on screen together. snirtskeeper

18. Malia and Scott in Teen Wolf 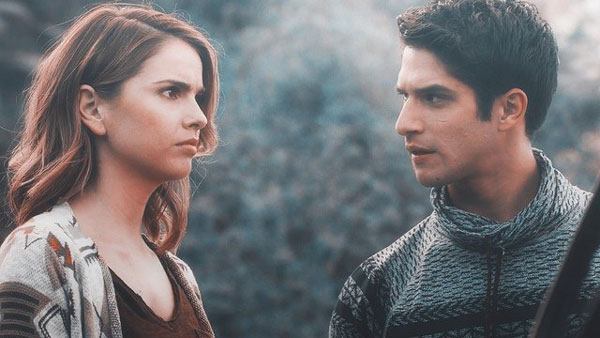 MTV
They came out of nowhere, built a ~relationship~ in less than half a season and worst of all, got so many more romance scenes than Lydia and Stiles (whose relationship was built for six seasons!) All their scenes together were so awkward and painful to watch. There was no chemistry between those two, and they should have ended up as just friends. judef4dff2c121

19. Kate and Rick from Castle 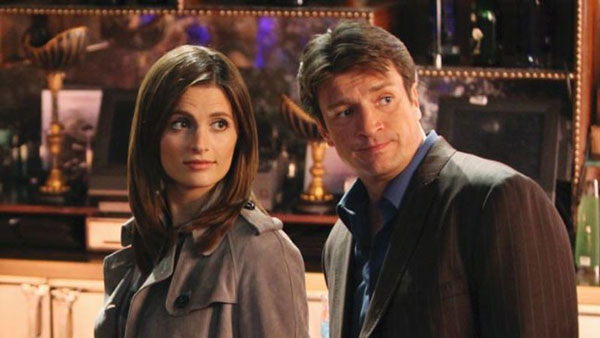 ABC
I know they strung out the ‘will they, won’t they’ for several seasons, but I still think they were awful together as a couple. She was a strong, independent, career driven, no-nonsense cop and he was a clever, kinda funny, but still annoying, rich, whiney man-child. I feel like she would’ve never put up with his bullshit. kellyh44f66a2a5

20. Buffy and Spike from Buffy the Vampire Slayer 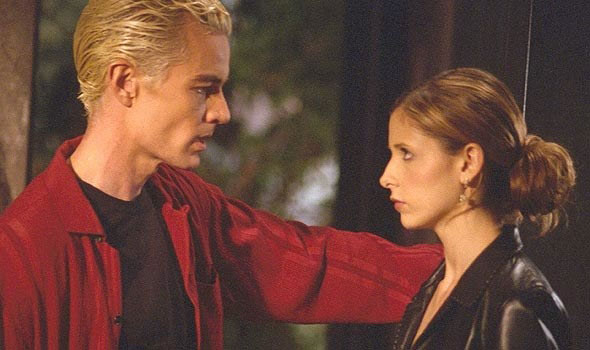 The WB
It was full of drama and pain. They were just wrong for each other. christinam4ee470e81

21. George and Izzie from Grey’s Anatomy

ABC
If the relationship went somewhere that’d be a different story but it seems like they basically got together and their friendship was never the same after the two-episode romance. Julia Economou, Facebook

22. Lane and Zack from Gilmore Girls 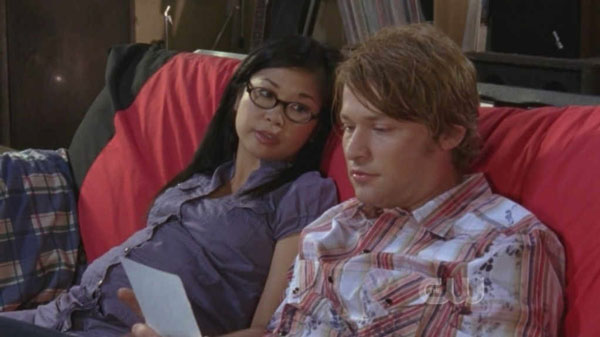 The CW
That whole storyline was literally an insult to Lane. She’s so much better than him and what do they even have in common apart from the band he doesn’t even commit to? What happened to Dave? amym4894f94a2

Fear of Loud Noises
30 Animal Tweets To Scroll Through If You Need A Break From The News
What Sounds Extremely Wrong but Is Actually Correct?
How Many Facebook Users Are in China?