If You a Billionaire, What’s The Most Extravagantly Lavish Thing You’d Waste Some Money On?

1.
I would hire the best full-time live-in chef money could buy. DeuceIsWild
- This is absolutely the first luxury I would get. Delicious home cooked meals? Not having to decide what to feed my picky toddler? Not having to do the dishes? Sounds like heaven to me! TimeForANewIdentity

2.
Custom tailored clothes. Not just suits and dresses, I want my tshirts and jeans to be tailored to fit me.
Papervolcano

3.
I’d buy a helicopter. A big one, painted up all flashy. Then at about 4:15pm the next day I’d have that fucker land in the parking lot of work to pick me up.
That’s how I’d retire
chubbysuperbiker

4.
I’d make a whole floor in my house a shower
RipCity77

5.
Waterslides from the Santa Monica Mountains / Malibu Hills in L.A. out to the Pacific Ocean.
How great would it be to end a hike in the hills with a 5 minute long waterslide out into the ocean?
jbisinla

6.
Buy all the houses in my street and demolish them. Then dig underground until I have a track sized underground space. Build an inconspicuous mansion over the underground track. Invite people to my underground track and hold car races.
REAL LIFE NEED FOR SPEED UNDERGROUND.
Offensiveraptor

7.
i’d actually buy popcorn when i go to a theater
SmileIfYouSeeThis

8.
I’d like to buy a large piece of land and all the dirt I could and be the new owner of the tallest hill in Denmark. Current tallest point in Denmark is 171 meters. I’d say making a 200 meter tall naturally-looking hill shouldn’t be out of the realm of possibility for a bored billionaire.
RDandersen

9.
I would never wear the same pair of socks twice.
Few things are better than that feeling of putting on a new pair of socks for the first time.
Lawfer

10.
I would build a nice coffee shop in my small town of 600 people. hire local workers, pay them 5 times the standard. Wouldn’t charge people money, just ask for donations. Just to improve the mood of the town and as an experiment to the kindness of people.
DrSunnyD

11.
I will do it like how the Chinese Emperor did for so long.
A small walled city where the only residents are members of my harem who are assisted by dudes who cut off their dick for money.
SpermWhale

12.
I’d pay off my student loans in one go (quite extravagant if you ask me).
WhyIBuiltthispool 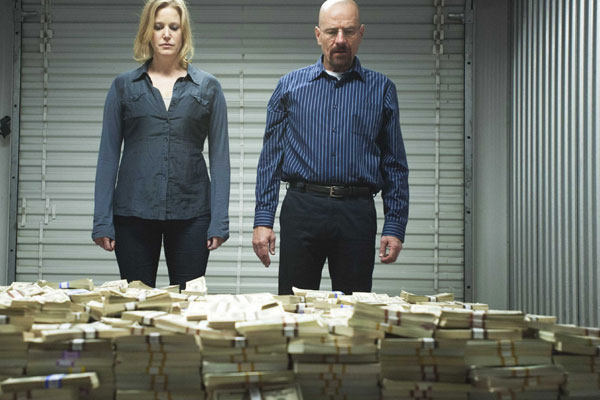 13.
I’d go to generic restaurants, give my waiter/waitress 100 dollars to send a glass of milk with ice in it to a specific table. The 100 dollars would be to keep quiet about who sent the milk.
I would do this several more times to the same table until they got visibly upset. No waiter in the world would stop sending ice milks, especially after I raise the offer to 500 dollars.
If I were a waiter I would gladly keep putting glasses of milk with ice in on someone’s table even if they were screaming in my face if I made 500 bucks each time.
So yeah, I would do ice milk, instant classic.
MrFahrenheit702

15.
Penthouse apartment, 432 Park Ave., NYC. It’s not that I dont have taste, its that I want it so badly.
Edit: Just got out of my morning economics lecture to see this go crazy. I would have some badass parties and family gatherings there. ColdSuit
- I had to google that. Holy shit. BlueShoeLover

16.
I’d build a bowling alley, then hire Buscemi and Goodman to reprise their roles as Donny and Walter and hang out at least 8 hours a day.
dinklagetubetop

17.
A house with one of those ridiculously large pools with like a waterfall and a slide and multiple jacuzzis. And I want wall-to-wall aquariums in my house. And I’d be one of those people who builds a mansion for their dog in the backyard. The dog can have its own pool and waterslide.
couragehelpme

18.
Remember that billionair-genius guy from Ex-machina? Yeah that would be me (minus the genius part) I’ll buy thousand of acres of forest. Get the best internet possible and maybe some security on the perimeter so no one will bother me. Also dogs, like at least 5 dogs.
Edit: changed wood to forest.
angrycoffeeuser

19.
A full on work shop with a wood and blacksmith shop in one.
Edit: there are many worried about my safety. I already have the property picked out I have been watching it for several years. It is 20 acres in a town just south of me with an old pallet factory on it. There is plenty of space for safety precautions and space for tools so many tools.
Peelboy