What Do You SWEAR Happened, But Don’t Have Any Proof Of?

How many of you are familiar with or have heard of this anime/manga series? 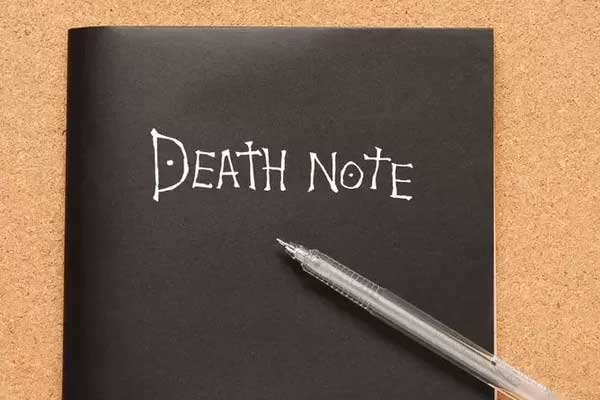 Arguably one of the most famous Japanese anime/manga of all time.

The story revolves around a boy named Light (pictured above) who comes across a ‘Death Note’(also pictured above) – a book used by Shinigami or Death Gods. Essentially by writing someone’s name down on a Death Note will result in their imminent death. You can also specify and control the way that person dies by writing it down in the book next to their name.

Anyway, my friend introduced me to this anime 4 years ago.

And I was obsessed.

I even bought a Death Note off Amazon with my hard earned pocket money.

I’d carry it around with me everywhere. It was like some sort of weird demented version of a Teddy Bear to me. God I was so effed up.

But one day something really horrible happened to someone I loved.

She was my best friend.

I’ve never been so overwhelmed with emotions in my life. I was lost…and confused…and so sad…but above all, I was angry.

How could someone she trusted, someone who was supposed to be like a father to her possibly hurt her in such a way? There really are no words in the English language to describe the pain it must have caused her. I was hurting with her just thinking about it.

I needed something to release/unleash my emotional turmoil.

And my Death Note was just the thing that did that for me.

I remember it clearly as if it were yesterday.

I wrote his name and after it I wrote ‘may you burn in the deepest pit of hell’.

The next day his house caught fire with him trapped inside.

He was burnt alive.

Of course the Police and the Fire Department offered their explanations – “He was drunk and smoking. Most likely one of the cigarettes hadn’t been put out properly.”

I have never been so terrified of myself in my life.

I destroyed the book of course. But this incident has really shaken me up in ways I never imagined before.

I tried telling my friend, she didn’t believe me.

I hardly believe it myself.

I’ve dreamed about things that came true. Dreams that were too specific to be just a coincidence.

I dreamed about a space shuttle crashing back to Earth just days before it happened to the Columbia.

I dreamed that a friend of mine was pregnant a few weeks before she announced her pregnancy.

These types of premonition dreams happen about twice per year now. The last one was about Tom Petty. A few days before he died, I dreamed that I was in the front row of his concert (I’ve never been to his concert) and he collapsed on stage and no one noticed but me. I was screaming for someone to help him, but everyone else seemed oblivious to it. I was like, “can’t you all see that he’s collapsed and needs help?!?!”

Then I woke up.

A few days later, I heard on the news that he was found alone in his room, unresponsive. He died that night.

My mom was in her ninth month of pregnancy, and I just couldn’t wait any longer to see my new sister for the first time. We went shopping, and at the mall, they had a wishing well where you would put money down a ramp, and it would keep on spinning down until it went in, like so: 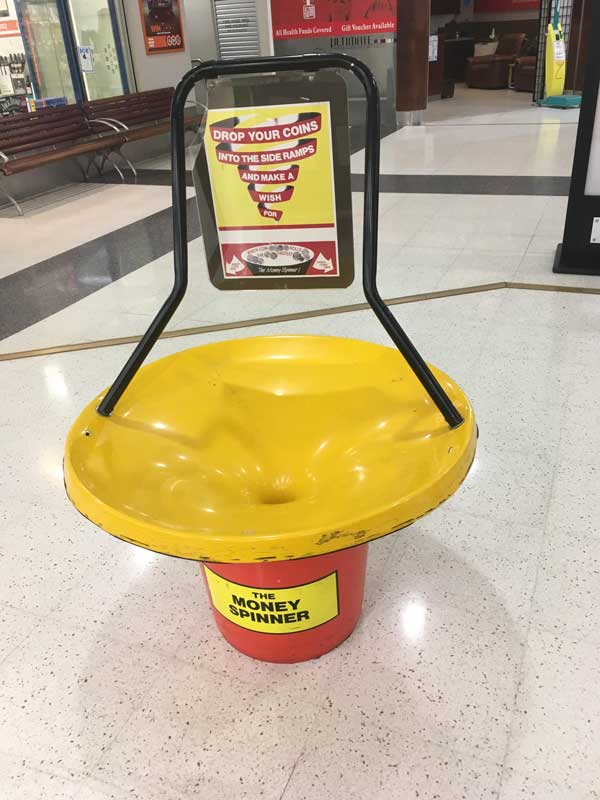 I had a quarter that I got from pushing in a shopping cart earlier, and decided to make a wish. I wished that today would be the day that my family would see my new sister for the first time. The coin slid down the ramp, into the spinner, and slowly spun until it dropped inside.

We walked back home, and it wasn’t even five minutes before my mother told my father that her water broke. She was rushed to the hospital, and my grandma babysat my brother and I for the night.

The next day, I saw my sister for the first time, and she was so adorable. My wish had come true! The wishing well worked! The same day I went to the mall again to make a wish, only to find that the well was gone, never to be seen again.

To top it all off, it seems as if I’m the only one who even remembers it ever being there.

How Much Can Your Life Change in Just One Year?
18 People Who Should Never Be Allowed Near A Kitchen Ever Again
Marissa and Alex Kissing
20 Stunning Cakes By Russian Chef That Will Blow You Away