What’s Not Serious in Real Life But a Huge Red Flag in Movies?

1.
When a dude says he has a cabin in the woods. Movie:place to get murdered! Real life:probably a really nice place where you can relax and have a good time.
tanyas_dusk

2.
Coughing. In real life, it’s a thing that happens from time to time. In a film, it’s always intentional. It’s a deliberate choice by the filmmaker. It clearly means something bad.
LinearActuator

4.
Getting into a fight with your spouse/close relative and leaving the house without resolving it. In real life, you’ll apologize once you get home, and it’ll be forgotten by the end of the day. In movies, one of you will die/get kidnapped before you can make up.
isk8muska888

5.
Silence, especially in a horror movie.
Silence in real life happens all the time but in a movie it makes you focus. Movies almost always have some sound in it; music, dialogue, ambiance. But when the director says to have no sound, something is going on.
Claxton916

6.
When a character leaves behind an item that may or may not be important, yet the camera still pans down to look at the left behind item.
DavoTheWise

7.
Bonus points if the guy shows you the engagement ring he’s been waiting to give his gf until the perfect moment.
CltKittenMama

8.
A stranger who leaves an area immediately after you do with a purposeful look on their face. A dog or cat being frightened by nothing in particular. A man with disheveled hair walking quickly with a stack of papers. A crazy homeless person predicting your doom.
Septic_Elbow 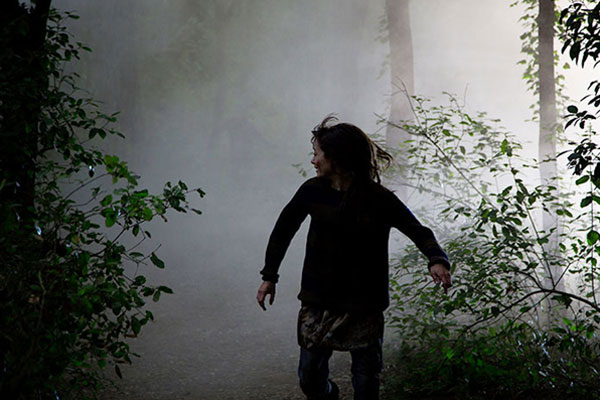 9.
When a character makes an earth-shattering discovery and calls to tell another character and gets interrupted/cut off…
Yeah they’re probably gonna die.
fooduvluv

10.
Fog. You should run for your life if you see any sort of haze in a movie.
behindtimes

11.
If you don’t check the rear seats when you start the car.
Munninnu

12.
Opening the door to the basement.
Derptonbauhurp

A Twisted Solution to an Unusual Traffic Problem
Does Uranus Have Coldest Atmosphere?
20 Things I Wish Someone Had Told Me Before Having A Baby
What Was The Weirdest 911 Call Ever Received?