The Most Ridiculous Cases Taken To Court

Years ago, I worked for a garbage company.

1.
Still in law school, but my first ever “trial” was as an intern. A guy had run a stop sign in front of a cop, who pulled him over and ticketed him. Instead of pleading guilty and paying the fine, the guy requested a trial.
I. Love. Petty. Trials. The pettier the better. It’s hilarious to me. So I was happy to be assigned this case.
The officer arrived and we reviewed his dash cam footage, which showed the Defendant not even feigning a stop. A few other interns happened by, watched the footage, and wanted to stay for the trial. The defendant walks in 3 minutes late and sees me sitting at the prosecution’s table flanked by about 6 interns, all in suits as well. He looks nervous.
He tried to argue that because a shopping mall (in a different city) didn’t have a stop sign for incoming traffic, that this intersection also shouldn’t have had a stop sign. The layouts of both intersections weren’t even really similar. The judge said “Sir, I’m not here to have a philosophical debate about civil engineering” before letting me lay out that there was a stop sign and that he did not stop for it. Easy win.
whitecollarredneck

2.
A divorced couple went to mediation to decide if it was appropriate to euthanize a 12 year old Yorkie that was dying. It took 3 hours and nothing was decided. We discussed things like “dignity of death”, “expected quality of life”, and “loss of consortium and companionship.” We did not come to a decision and the dog died two days later.
JudasBishop 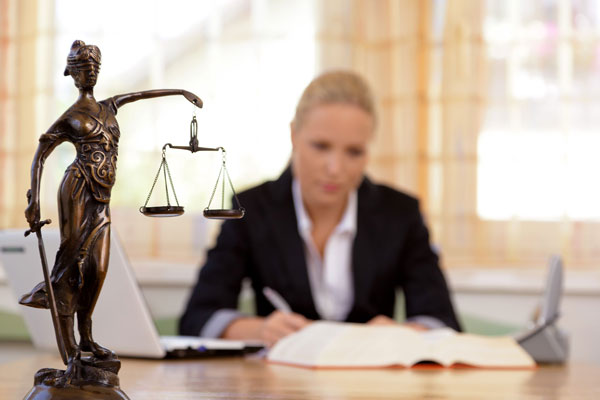 3.
Hit and run. Dude parked his car at the scene and went ahead to the party he was headed to. When the cops tracked him down, he said that he figured they would find him anyway so why wait. He was convicted.
throwmesofar1

4.
I’m not a lawyer but I can’t not share this story:
Years ago, I worked for a garbage company. It was on a rainy Saturday and I was going to the dump. Up ahead I see all kinds of police cars and road flares. Turns out one of my buddies working for the company was also going to the dump and lost his brakes going down a hill.
He hit the intersection just as the light turned red against him, so he entered the intersection with his garbage truck going about 50mph. He plowed through 8 cars before coming to rest on top of a relatively brand new Toyota. Fortunately, the guy driving the Toyota wasn’t even scratched. His seat broke and he lay flat in his seat with the front wheel of the truck inches from his face. It was a miracle he lived.
He didn’t sue.
The 8 cars Bobby hit didn’t sue.
But one lady who witnessed the accident sued both the company and Bobby personally, claiming she was so traumatized by the event that it affected her sex life: whenever she went to have relations with her husband, she couldn’t go through with it. She claimed all she saw when her husband tried to have intercourse was a big garbage truck bearing down on her.
The judge threw it out and told her she was “ridiculous.”
jseyfer