What is The Nicest Thing You Have Done That No One Knows About?

We had a blizzard here in Chicago in 2011. Twenty one inches of snow fell over the course of two days. The drifts were several feet high. When daylight started to break over the city on the third day, this is what people saw when they looked outside: 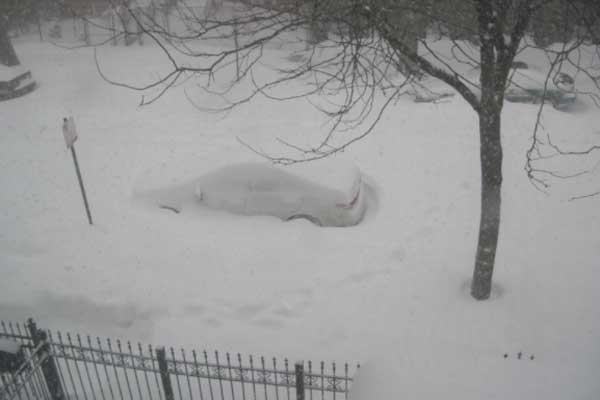 For you locals, this was the blizzard where all of those people got stranded on Lake Shore Drive: 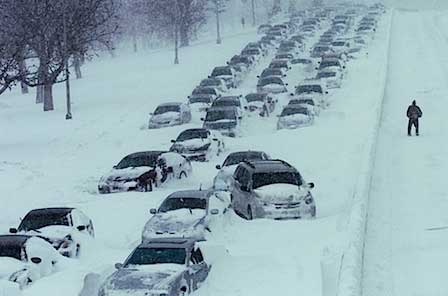 Except in my neighborhood, where my neighbors woke up and saw their sidewalks were already cleared.

It quit snowing in the middle of the night, and I couldn’t sleep. So I decided to go ahead and clear my sidewalk. Here in Chicago, homeowners are legally responsible for clearing the snow from the sidewalks in front of their house and mowing the grass on the parkway between the sidewalk and the street, even though it’s not technically their land… But that’s a different story.

If you’ve never lived in a cold climate, there’s a lot of gear that you have to put on to go out in the snow. For a big guy like me, it can easily take 10–15 minutes to get everything on and tight to keep the snow out. Then I put on my headphones, cranked up the music (Nine Inch Nails to be precise), and started shoveling my sidewalk at about 1 a.m.

I didn’t have a snowblower then. I still don’t have one. :(

The snow was so thick that I needed three scoops per area to get down to the pavement, but I was able to clear off the sidewalk in front of my house.

But then I thought, “Well, I’m here, I’m all geared up, I’m enjoying being alone out here, the music is good, I can’t sleep anyway, and I feel fine… might as well keep going.”

So I kept going down the sidewalk.

I made a path all the way down the block before the sun came up and I finally got tired and went inside.

No one ever thanked me. I never told anyone it was me. I don’t know if anyone saw me. But it felt good to help out like that, particularly because there are a few elderly couples on my block who would have had to pay someone to do that for them.

At age 10, I stood in front of my new class, my new classmates looking at me with mild interest as my teacher introduced me. I had joined in the middle of the school year. There were 41 students in my new class. I was the 42nd.

All my classmates sat in pairs except for this one girl, K. I went and sat down next to her and gave her a small, uncertain smile. She smiled in return. The class started and we didn’t talk until lunch time. At lunchtime, I pulled out my lunch box, packed by my mother. It had aloo parantha with home made pickle and a small box of fruits. Clearly my mom had spent time packing this yummy lunch. So while I stuffed my face, this girl took out a small box with bread butter inside. In India, it’s pretty rare for kids to just get bread butter for lunch. The only time I had bread butter for lunch was if my mom was unwell. So I thought that’s what the problem here was. I offered her a small portion of my lunch and forgot all about it. The next day, she again had bread butter. Well, I thought, her mother probably has flu. So she’s taking time to recover. I again offered her a part of my lunch. This went on for a week. Then one day, I asked the one question that I shouldn’t have.

10 year old Ananya wasn’t prepared for the answer. Her mother had died of cancer a few weeks ago. I didn’t know what to do. So I did the most obvious thing. I went home and told my mom that my lunch wasn’t enough and I still felt hungry after eating it. My mom started packing a bigger lunch. And in school, I’d tell K that my mom had packed me a lunch too big so could she please help me finish it? Then I asked her what her favourite dish was. I went home and told my mom that I was craving that dish, so could she please pack that for the next day? This went on for a few days but my mother’s instincts were too strong. Her daughter’s diet had suddenly doubled in one day and all of a sudden she wanted to eat things she didn’t even like earlier. My mom asked me what was up. By then I was running out of lies so I just told her the truth. I remember her being really sad. For that whole year, she packed me a huge lunch, sometimes making things that K liked and then asking eagerly when I returned if K liked the food.

Of course I never told anyone about it. But I really hope that we brought her some joy in that tough time.

Edit: A lot of people are asking if K and I ever became friends and what happened to her. I wish I could say that we did become friends.

The truth is that I moved out of that school soon after and didn’t stay in touch with her. My father has a transferable job. So I’ve changed many schools. That’s why I don’t even remember her last name and can’t find her on Facebook.

How Many Prisoners Are Executed in the US Each Year?
Are There More Obese or Hungry People?
A Lion’s Roar Can Be Heard 5 Miles Away
Is the Amazon Rainforest the Biggest Rainforest in the World?