1.
My very Christian grandmother who is in the beginning stages of dementia talked about how great my grandfather was in bed at his funeral. It was actually kind of sweet, but the timing wasn’t great and I don’t know how much her children wanted to hear about it right then. husker_chew

2.
There was no funeral for him. His sisters wanted one in the “it’s the right thing to do” sort of way, but the rest of the family (his mother included) were in camp “why bother”.
A lot was said, as this was the man who had abused my grandparents for drug money for years, stole from family members (including the birthday money of small children – I taught the younger cousins how to hide their holiday cash from him), faked cancer on multiple occasions to gain sympathy (and more money), and broke down my grandma’s front door when she didn’t want to deal with him while my grandpa was dying in their house.
There were two that stand out:
“Oh, he actually did die of cancer? About time.”
And the real ice cold one, from his mother:
“It’s for the best.”
dal_segno

3.
I have an 1910 local newspaper obituary for my grandfathers brother (my great uncle), who died when my grandfather was 12. It reads…. “JOHN DOE died walking on Goose Gap Road with friends Saturday night when he fell on a knife. He was well-known as a wicked and godless boy, who brought shame to his family, but his parents are good, faithful church-going people and our sympathies are with them” Kasper-X-Hauser
- He ran into my knife ten times! geomescary

4.
My sister said, about her own 17 year-old son who committed suicide, “I was going to throw him out when he turned 18, anyway.” I have actually never seen her happier — she was the center of attention, everyone consoling her, people sending her flowers. It was so disturbing that words fail me. thumb_of_justice 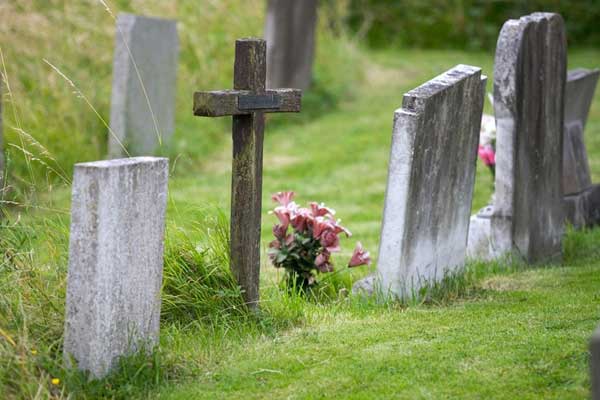 5.
My friend’s father passed away a few years ago and a buddy of ours shows up out of the blue. We haven’t seen this guy in a long time. We would send him texts, call him, send Facebook messages but he never responds. So anyway he shows up at the funeral and our friend says, “What the hell Brian?!? My father has to die for you to hang out!?!?” bjh182