What Incident Changed Your Personality?

You’re ugly. Get away from me.

When I was in primary school, (6th grade I think, for y’all Americans out there) I was tasked as the leader for a group project. As I was quite lethargic that day, I just asked the group for opinions on the subject we were supposed to complete.

One of the girls from the group (Do note that this is one of the most popular girls in the level, but she wasn’t the brightest one) : You’re ugly, get away from me.

The other girls nodded in agreement, I guess they didn’t want to offend her. Rolls eyes.

But honestly, she picked the wrong time to mess with me. I was tired and pissed.

Me: Look, I don’t give a shit about you and your opinions. If you feel inferior to me, then leave. I honestly can’t be bothered to entertain petty make-myself-pretty girls. So either you listen up and shut your mouth, or you leave.

The other group members stared at me in amazement. (Do note that there were 3 boys and 3 girls)

Her: Then guess what, I can’t give a shit either. So you either shut your mouth, or I’d ask Ms D kick you out from this group.

At this point it was getting pretty heated.

Me: Well guess what, princess? I’m the leader! And I absolutely detest people like you. So get out. (She looks at me and refuses) GET OUT! I will tell Ms D that I cannot stand you and I will get a replacement. Now scram.

She complained to her parents and changed class the next day. And that incident changed me; I’ve been headstrong ever since.

Watching my own sister in pain and horror

This incident stepped before me when I was very young (hardly 6 to 7 years of age). Just like any other kid, I used to go to school and live a very simple life. We were two siblings, I had an elder sister, who was at that time 17 years old. Our mom passed away due to medical complications, after being hit mercilessly by our father. Those days I was too young to realize what happened to mom, all relatives used to say shes gone to GOD, and like an innocent child I agreed to them each time.

After mom’s death, the situation took a very bad turn. My sister was attending college, and we used to rarely meet during the day, except for dinner at night, as she had taken a part time job to help dad with family expenses. Dad also used to work somewhere (he never told us about this) and days were rolling by. My sister was very good to me and loved just like mom, so I never did feel any emotional loss, (I was rather too young to understand). Slowly we grew quite attached to each other (Like any other brother-sister) and started sharing all our experiences that happened during the day. We used to sit up and talk a lot at night. One day as usual while talking about class and teachers that I meet at school, my sister suddenly broke down and kept crying while holding my hand. I really couldn’t understand what happened to her suddenly. I continued looking at her while she was silently pouring out tears. I asked her if dad said anything to her, no reply from her. But she told me not to tell anything to dad about this. I agreed.

We continued speaking every other night as usual and she used to cry each time. Slowly I felt so sad that she cries each time with me, and when I ask her the reasons she dosen’t say a word. Not only this but she also started taking hugs breaks from college as well as her job and stayed at home instead. Each time she cried I tried my level best to calm her down but it was in vain. She never really told me what was going wrong!

One unlucky day, I was down with fever and hence had to miss school. As my sister was at home too, she took very good care of me, trying to keep my forehead cold and even gave me the medicines. It was noon, I was sleeping in bed in one of the rooms. I heard dad calling her, she told me to rest and immediately left. I kept thinking about her and drifted to sleep. when I woke up it was past noon and still my sister hadn’t come back to change the forehead piece of cloth. I decided to look for her while going to the washroom. That was the biggest mistake I made! 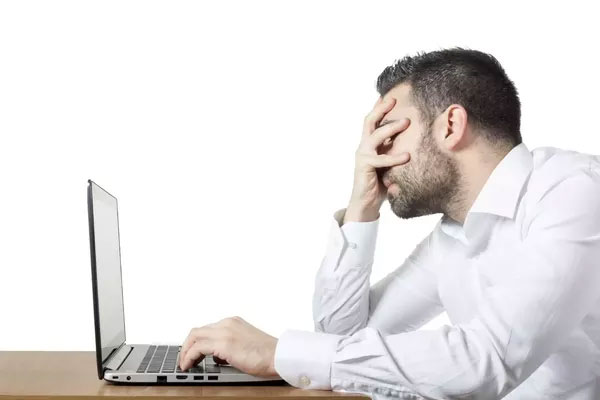 Opening the door I walked down the hall to the living room, what caught my attention next was horrible, My sisters voice crying in pain. I ran towards the door, since it was only partially open I tried to peep and to my horror, what I saw was totally devastating, my sister was being used by some unknown men. I had never seen them before, I stood where I was cold as ever. I really didnt get to know what they were doing to her, all i knew was they weren’t wearing anything, and my sister lay down on the floor in pain. I couldn’t stand and watch so I started looking for had, I found him in the living room with another man, and hearing their conversation I didn’t even approach him that day. I dont remember what were their exact words, but the other man waiting kept asking when he will get to use my sister, and I was wondering all how can someone use another person. I hurriedly went back to my room and stayed there the entire day.

At night my sister as usual we met to talk, I couldn’t look her straight in the eye. She was already on the verge of crying, when I told her about what I saw today. She was shaking with fear and i was feeling the same shock and fear. that night she told me everything how dad used to sell her to men so that they can use her and be satisfied. In return they paid him money and he was running a business like that. I could hardly believe my ears what I was hearing.

This incident that I experienced that day really changed my entire attitude towards this word. I had just learned that harsh and ugly things about this world in a very hard way. This things continued to happened and my sister was tortured by dad and all those mad men in the same way each day. One night she just couldn’t take it anymore and committed suicide. That night I was already waiting for her patiently since evening and when I learned from dad what had happened nothing shocked me further. I knew what a man my dad was, and how all the false care he is showering me with is just a hoax as well. I cried bitterly later that night got nightmares as the bad images of my sister in pain kept haunting me for years. Undergoing all those hardships I studied till 10th standard and finally left home.

But even as I have come out from that, I realize that I was not the only one in such a similar situation, each day the newspaper is filled with horrible such articles that only bring back sad memories. I only wish that after all these terrible things done to my sister her soul can rest in peace!

38 Things You’ll Only Understand If You’ve Been Best Friends For A Really, Really Long Time
12 “Game Of Thrones” Season 8, Episode 4 Meets “The Office” Memes That’ll Make You LOL
What is National Animal of Australia?
What Percentage of Generational Wealth is Lost?