What Did Someone do That Made You Think They Were Really Smart?

I was babysitting a very young boy (I think he was around 2) who had only recently learned how to talk. He had a huge collection of toy cars, and we were sitting on the floor playing with them. I started making sound effects and driving them around the carpet, when he pointed to one and said the name of a car and a year. Confused, I asked, “What did you say?” He pointed again and repeated himself. Picking up the car, I turned it over and saw that the name and year he had said were written on the bottom of the car. Impressed, I picked up another one and asked, “Can you tell me what this one is?” Sure enough, he knew that one, too. Continuing through what must have been at least 100 cars, he got each one perfectly right, both year and make. Not only had he memorized all of these cars, he also had the attention span to keep going- I’m pretty sure I got bored before he did, and he wanted to keep naming the cars. Still amazed by how smart he is!

When I was in high school our physics teacher gave us a challenge that involved making a paper air plane of any shape. The only objective was to get it to fly as far as possible. I had some paper air plane making skills so I made the best plane I could and it flew pretty far.

One guy made the greatest, yet simplest paper airplane of all time. He stood there at the starting line with a regular piece of paper. Some classmates scratched their head while silently chuckling to themselves. Moments later he took the flat piece of paper, crumpled it up, and threw it down the hall way.

He beat the class with ease. 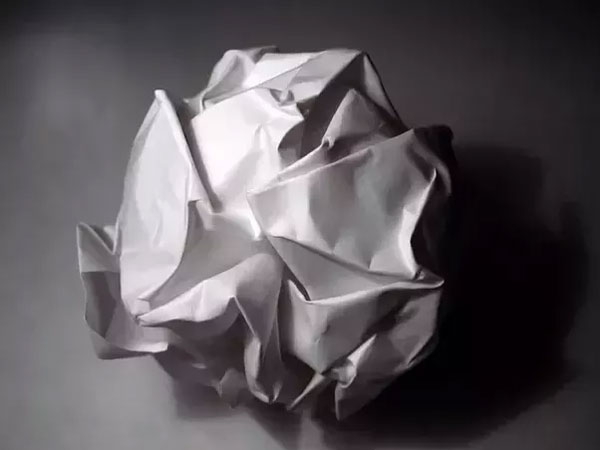 Some of the students got mad and said that he cheated.

The physics teacher said, “How so? I said it could be any shape. A paper ball is indeed a shape.”

He won the contest with flying colors.

I still regard this classmate as a genius.

It was my 3rd year in college. Our semester’s exams were going on and our newly appointed VC ( vice chancellor ) has altered few examination rules like no wrist watches will be allowed in the examination hall, scientific calculator will be allowed but without its cover and few more.

So few minutes after starting of exam, students would start shouting, calling examiner and enquiring for how much time is left. I am a guy with poor concentration so I complained about this disturbance to the examiner. Somehow we took that exam in all that noise.

In the next exam when I entered the hall I saw a triangle drew on board and over it was written in bold “The time triangle” like this : 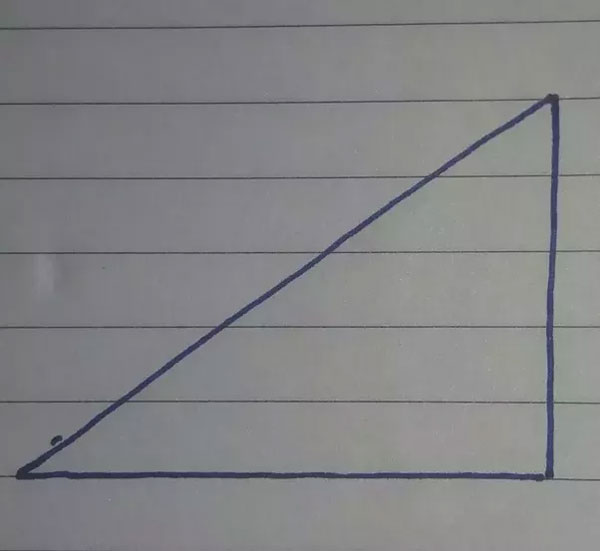 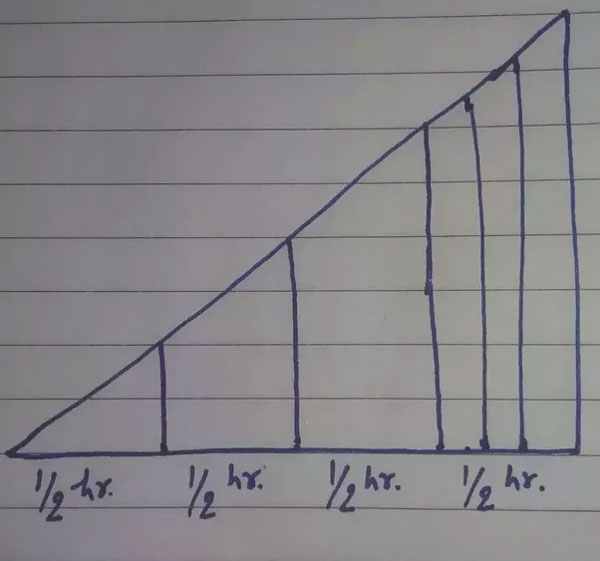 After every 30 minutes examiner would go to the board, fill/hatch that half hour portion and a complete silence was maintained in the hall.

I happened to visit a new friend’s place, and there in his room on his table I saw some cardboard tubes (the ones around which stick tapes are rolled) being crafted in some symmetric shapes. Those pieces caught my attention for some time and I started trying to figure out their use in my mind. But, no success.

I asked him about them.

He said, these are stands for my phone, one for the landscape and other for the portrait.

I was just left amazed and that was one of the moments I felt, DAMN! THIS GUY IS SMART. Here are the stands, 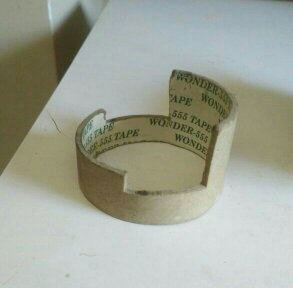 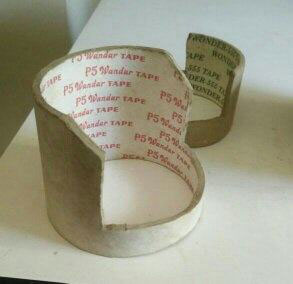 P.S.: This is of great use, you would want to have your own.

Edit: This is how the phone fits in the stands. 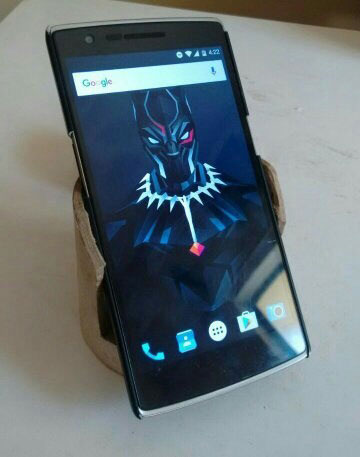 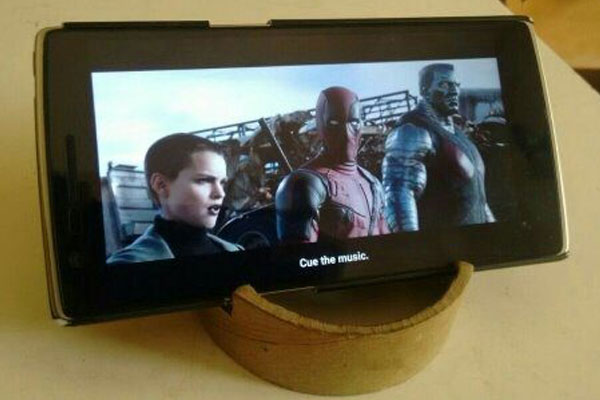