1.
He probably would’ve fallen into a deep depression, his continuous abuse as a child and tragic flashbacks would slowly whittle him down without loving friends to reinforce him. He would likely be bullied at school for a variety of cruel reasons, and without Hermione getting his back he would only be more vulnerable. I would expect him to develop a world-hating attitude, especially in his journey through puberty, “the whole world crosses me, everyone treats me badly”. This combined with his natural affinity for magic could lead him to believe that he is “special”, he holds the ability to cleanse the world of misfortune and betrayal with his unusual powers. Therefore he would become a wizard anyway, as his destiny depicts. But instead of being the main hero, he would become the classic cliché villain, misunderstood and misfortunate, striving to destroy all of mankind and rebuild it from the ground up. Or you know, maybe a supermarket employee, or something…
EvilDoctorShadex

2.
The Weasleys would have still gone to Egypt, Sirius would have recognised Wormtail in the photo of them in the newspaper, and escaped Azkaban. He would have gone to Hogwarts, found Lupin, found Scabbers, and killed him in the Shrieking Shack because Harry wouldn’t be there to convince him to spare his life. He’d have then left before full moon, reunite with Harry and live together as was the plan.
On the other hand, Quirrell would have never retrieved the Philosopher’s stone regardless of Harry because he couldn’t get past the Mirror or Erised. Considering how weak sharing a head with Voldemort made him and that Snape seemed to have him figured out, I don’t think Quirrell would have lived long, sending Voldemort’s soul back to Albania, where Pettigrew found him and nursed him back to health.
With Pettigrew being dead, this would have never happened. Harry and Sirius could have lived together for a long time and the Second Wizarding War never happened.
vondelft 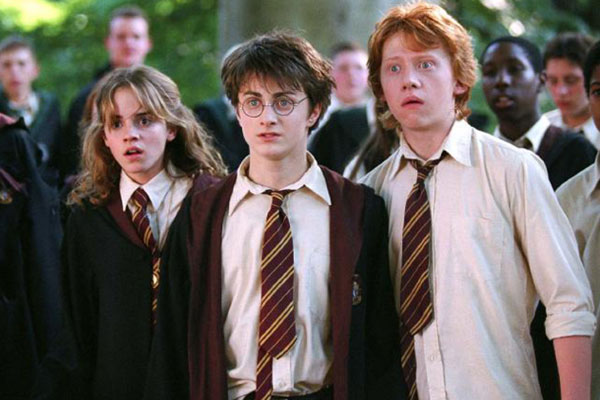 3.
Harry in the Muggle world is destined for a miserable dead end. He’s bright enough but the Dursleys will go to great lengths to prevent him from achieving anything. Probably behind the counter of the local Greggs, something like that.
And at some point Voldemort would return – probably not via the Philosopher’s Stone, but some other way. Number 1 on his to-do list would be tracking down and murdering the Boy Who Lived. Although this could get interesting because Harry’s still under his mother’s protection (no blood-mixing) which means he might surprise Voldemort and destroy his body a second time, rather than just killing Quirrel like he did in the books.
After two deaths, it might be quite hard for Voldemort to find a follower keen on resurrecting him again.
cake_flattener1

20 People Who Just Wanted A Tasty Meal, But It Didn’t Pan Out
A fun tour of American accents by Amy Walker
Looking at Adorable Baby Animals Improves Productivity
18 Parents Who Probably Contemplated Grounding Their Kids Forever