The Saddest Thing Happened But Never Shared With Others

My parents were married for 66 years. A few days after my mom died, we were scheduled for her funeral mass and burial. Before the funeral mass, we were supposed to meet other family members at the funeral home, but when my dad woke up, he was not sure where my mom was. We showed up 15 minutes late to the funeral home because I had to re-explain to my dad that my mom was gone. My dad had spent so many years waking up to my mom next to him that her passing was something that he never go used to. (My dad died about 3 months after my mom. It turned out that waking up next to my mom was a matter of life and death.)

I had always thought that my dad would die first of congestive heart failure and that my mom’s brain tumor would have grown slowly so that she would have been the survivor. My mom was on oxygen and a feeding tube, but she loved every minute of life and would have been a much better survivor than my dad. My dad didn’t really see much purpose in going on without mom. We made his last few months memorable by overdosing him on hot dogs and family gatherings. 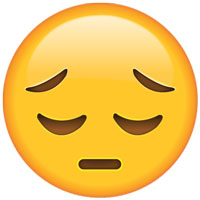 I won’t lie, when I saw the topic on this one in my feed I was going to scroll past and looked at the date. Ironic that the story I am about to tell complete strangers happened on this day exactly 11 years ago.

I was 16 years old and I was doing my driving lessons with my mother in the car. I had driven so many times prior to this of course … Anyway I was heading back along the road that lead back toward where we lived, the speed limit was 50k and I was doing it right. Driving along an intersection just 2 blocks from our home a mini bus runs his red light and hits our car.

My mum somehow managed to push me right back against the seat probably about 0.02 seconds before it collided in to us. We flipped once and smacked in to 2 other cars also at the lights.

I passed out at some point because the next thing I see is the clinical white of a hospital room. I panic like a crazy person which sent my heart rate rising through the roof, the pain was coming from my ribs where a few had broken. I had a long gash down the side of my face where the glass smashed and a few bruises here and there and whiplash. I was given some morphine and a mild sedative.

This time I woke up realizing I was more injured than a few broken ribs. Calming down I only now realized that I couldn’t feel anything from the waist down. I wasn’t silly, I knew what that meant when I tried and failed to move my toes.

Now this, this moment of heartbreak for me at realizing I had been partially paralyzed was confirmed on the chart on the head of my bed. The first person I started crying for was my mum.

I wondered if she had been okay and gone home and wanting to check I called a nurse via the emergency button. She had the doctor with her. He wanted to tell me about my broken back and where on my spine had been severed slightly by it own disc.

I was of course still panicked about this news as it was and I wanted either mum or dad or even one of my brothers in with me. And that is when he told me – the little nurse grabbed my hand and the doctor told me in minor detail what had happened.

Because she had had that moment of panic in wanting to protect me she got the full brunt of the collision. I won’t go into detail but her face was barely recognizable and her neck had snapped and her chest crushed. They said she would have died instantly when the man’s car hit ours so she wouldn’t have suffered.

Almost every day since then I will have a brief moment where I think about how that could have been me. It probably should have as it was my side the man ran the red from. And I will always blame myself for her death. Usually I would come home a different way. I should have ignored her and stuck to my usual way but mum was adamant to prove herself right and that her way was quicker.

I haven’t told many people about me blaming myself or how I hate the fact I had been too worried when I woke from the accident that I hadn’t even thought of her right away. Not that it would have made a difference of course because she had passed on but it’s just the thought.

So when I got out of the hospital with my wheelchair I thought of the fact I had no use of my leg as punishment, the least I deserved. I felt horrible because my dad wanted to grieve for his wife but instead was too busy having to help me with everything as it was hard to do at first.

This was when I developed an addiction for morphine. I used the stuff so regularly and they continued giving me the prescription for my pain. Poor dad was so upset and just a bit quieter than usual so it’s no surprise I was able to take loads of narcotics right there in his house.

I moved out of home a year later when I finished high school and went to university in another state. I was using morphine so regularly that it started having zero effect on me. I didn’t stop, I just started having oxycodone and valium with the morphine or instead of it. Never went any further than those three.

I did 4 years of uni in Canberra before heading back to Sydney to finish up my degree there. One look at the weight loss (which should have been a wrong gain with me in a damned wheelchair doing no exercise) and of course he convinced me to get treatment to come down slowly from them.

And I did … I got completely clean and sober and haven’t had Oxy or Val or Morphine since. Which has been 7 and a bit years now. While doing my rehab at the hospital I started doing rehab for my back and legs as well.

And since that is all sad, I will end it with something super positive ….

I can walk again and have feeling in most of my legs – the right side of my foot and ankle I can’t feel at all but the rest is fine.

So despite the doctors saying it couldn’t happen and I would never walk again … I did.

Of course I still have moments where I can’t get up or can’t get out of bed in the morning and every so often will have to pull the leg braces and frame that I had used to learn for support. I have been walking on and off for the last 4 years now depending on pain and movability.

Part of me still thinks I deserved the wheelchair but another part of me knows that mum would never want that and that she would be happy I was walking.

Well, I’ve taken up enough of your time.

Have You Ever Met A Serial Killer?
22 Absolute Geniuses Whose Creativity Can Nail Any Problem
Judges’ Decisions More Lenient After Lunch
What Does Hippophagy Mean?