16 Hilarious Cat Stories That Prove Cats Are The Weirdest

1.
My one cat, Earl, licks my husband’s armpits while he’s sleeping.
caseykicksrocks

2.
I recently found out that my cat, Marv, hates it when I read aloud. He starts to look at me pleadingly, paces around, and meows insistently. He even climbs on top of the book and bites my wrists in protest.
Chris Roll, Facebook

3.
My great aunt requested a portrait of Jesus for Christmas one year (she’s 87, give her a break). So I found her a nice one and leaned it up against a wall in my living room, intending to come back and wrap it later. A while later I hear a weird scraping sound. I go in the room and my cat has the edge of the picture frame in her mouth and was slowly dragging it across the room. I yell, “Hey!” And she dropped it and ran like hell.
I still don’t know what she was intending to do with it.
Catherine Dallaire, Facebook

5.
My cat licks the hair dryer every morning for 10 minutes.
audreyeldera

6.
My cat knew how to press the release disc button on an Xbox. I would be playing and she would look dead into my eyes and press the button… It’s like she knew I didn’t save yet.
zoelc

7.
I smelled something funny when I was getting ready for work one day. I followed the smell to the kitchen, where I found that my cat had turned on my gas stove and was standing over the burner huffing the fumes. Needless to say, I was forced to remove the knobs from my stove, and only put them on when I need to use it.
Nicole Christina, Facebook

8.
When I’m sleeping my cat likes to wake me up by giving me kisses…on the mouth. Which makes sleeping with an open mouth a horrible idea — she has a tendency to attack my tongue.
lesliea4642ed082

9.
My cat would get on the kitchen counter and eat the plastic wrap on the loaf bread. Just the plastic, not the actual bread.
hannahgracer

10.
My cat hates the French national anthem. If you sing it from anywhere in the house he will find you and attack you.
olsonc2010 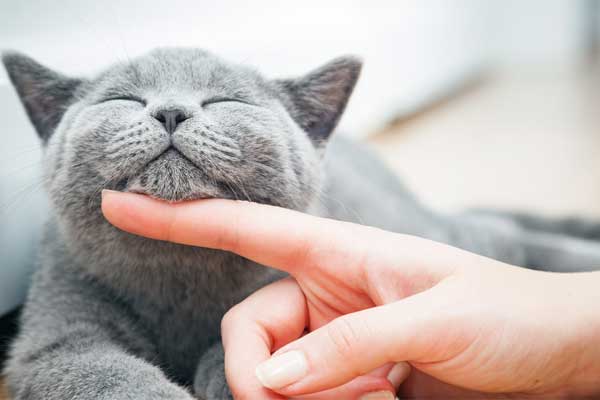 11.
My cat loves to steal thumbtacks from corkboards and put them in our shoes when we’re not looking.
jenk45e655a19

12.
My cat really likes the song “I’m Gonna Be” by the Proclaimers. Whenever it comes on, no matter where my cat is, he runs up to the stereo and stands with his front paws on top of it. I still have no idea why he loves it, but it never fails.
Suzanne Brown, Facebook

13.
Scary AF: All three of my cats stare into the fireplace when the flue is open and there is no fire. They just sit there and stare. Scares me every single time.
Katyna Singleton, Facebook

14.
My cat will only eat if I’m rubbing her hips.
Stephanie Lopez, Facebook

15.
Our cat delivers socks — she’ll sneak into our closets, grab a ball of socks, and walk down the hall making that “I caught something” yowl, and then drop the socks in the middle of the floor and walk away.
Talia Everding, Facebook

16.
My cat brought me two large potatoes in the middle of the night from the kitchen counter.
mdr14