Fried Food Could Have a Surprising Effect on The Weather

Fried food may have had a measurable effect on more than just their scales.

According to a team of European researchers, the use of deep fryers could be making cities cloudier. Fatty acids that get released into the air when food is fried coat the surface of particles in the atmosphere, making them better ingredients for cloud cover.

Triglycerides and fatty acids released into the atmosphere from frying form complex, 3D crystalline molecular structures. The sticky presence of those fatty acids makes the particles they coat last longer and travel farther, absorbing more moisture in the air along the way.

That fuels cloud formation because tiny water droplets in the air can only become clouds if they connect with aerosols that form the inner core of cloud droplets.

The effect of fatty vapours in the air can be seen as similar to soap molecules in a sink. As fatty acids in soap help clean dishes, they also make dish water cloudier and absorb more moisture from the air. Deep-fryer fat particles in the atmosphere could function the same way.

And the longer such particles stick around, the better their chances of connecting with water vapour and making clouds. The researchers estimate that circulating molecules (like dust or salt) that get coated in deep-fryer oil could extend their stay in the atmosphere by somewhere between two and 24 hours.

In a city of fried-food eaters, those fatty emissions add up. In London, for example, nearly 10 percent of daily fine particulate matter in the air comes from fatty acids associated with cooking. 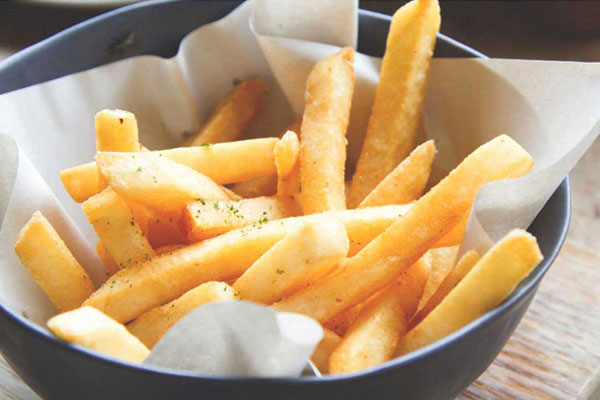 But Squires said more research is needed to know how much fatty acids really affect urban cloud cover, since the team’s research was done in a laboratory.

Furthermore, although low-level cloud cover can lead to cooler temperatures on the ground, Squires cautioned that his finding should not be seen as a reason to eat our way out of climate change. He pointing out that the fuel required to operate deep fryers has an impact on global emissions.

So don’t start eating more fried food thinking that it will curb global warming. Doughnuts and fries may be delicious, but they’re no geo-engineering formula.

Article have been lightly edited for length/clarity.
Via Hilary Brueck, ScienceAlert