Smoking during pregnancy is not only harmful to the health of the mother, it can also cause irreversible injury to the unborn child.

Now, an ongoing study from the University of Technology Sydney (UTS) suggests there is another risk involved. Using animal models, the study has confirmed links between maternal smoking and the most common physical disability in childhood: cerebral palsy.

Cerebral palsy is an injury or malformation of the developing brain that currently affects around 34,000 Australians. The disorder is caused by increased cell death in certain regions of the brain that regulate movement and memory retention.

Often, the exact cause of cerebral palsy is unknown, although it can be brought on by a lack of oxygen to the developing brain.

That’s where smoking comes in. 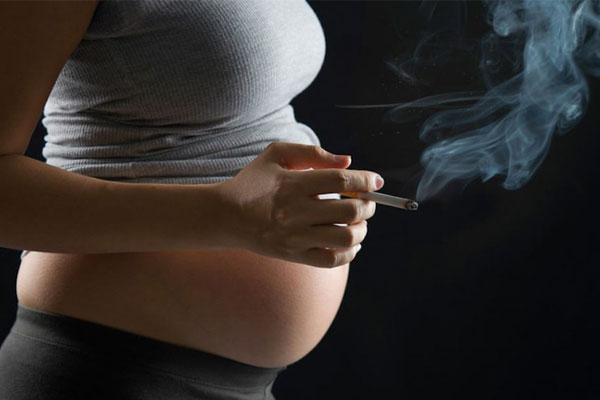 The UTS study found when a mother smokes during pregnancy, she may be depriving her unborn child of necessary oxygen. The act can even lead to hypoxia-ischemic injury, which occurs when the cells of the brain are starved of blood and oxygen.

The resulting cell death, which occurs in regions of the brain responsible for movement and memory, closely resembles the pattern of cell death seen in cerebral palsy.

In 2010, nearly 12 percent of Australian women smoked during some or all of their pregnancy. Researchers hope that by identifying the underlying mechanism, they can find ways to improve the neurological outcomes in babies of smoking mothers.

Obviously, getting pregnant women to stop smoking is the logical first step.

“What we have observed so far is that in order to avoid harm to their baby, mothers need to give up smoking several months or even years before their pregnancy, as smoking will affect the quality of their eggs before they are even fertilised,” said lead researcher and UTS senior lecturer Hui Chen.

Chen’s team, which includes researchers from the University of New South Wales, the Kolling Research Institute, the Woolcock Institute of Medical Research and the University of Sydney, used mouse models to reveal the link between maternal smoking and oxidative stress.

Their findings reveal mouse pups with high levels of oxidative stress in the brain are more likely to suffer from functional disorders, like cerebral palsy.

Specifically, the researchers found pups from smoking mothers are clumsier at adolescent age, have weaker limbs, are more anxious and have poor memory functions that limit their ability to learn.

Plus, the study reveals learning ability is made much worse if the pup has suffered from hypoxic-ischemic injury.

“The increased oxidative stress is mainly because the mitochondria are unable to produce enough antioxidants to clear toxic chemicals called free radicals, causing harmful chemical build up in the brains of pups from the mothers exposed to cigarette smoke,” said Chen.

Understanding the mechanism behind oxidative stress has led the team to identify some potential preventative strategies for mothers already exposed to cigarette smoke.

For example, researchers think that providing mothers with antioxidant supplementation during pregnancy could help clear toxic chemicals from the offspring’s system.

In fact, there’s already some evidence to support this approach. In the team’s previous studies, when antioxidant L-carnitine was given to pregnant mothers, it improved the health outcomes of their offspring’s kidneys and respiratory system.

“The next step will be to use such a treatment to improve functional outcomes in pups from the smoking mothers,” said Chen.

“However, the message for the public is if you want a healthy baby, you need to stop smoking long before you plan for the pregnancy.“

The research has been published in Frontiers in Molecular Neuroscience.

14 Exes That Will Make You Say, “They’re An Ex For A Reason”
What Is The Strangest Thing You’ve Seen At Airport Security?
The Creepiest Thing You Have Ever Seen On Security Camera Footage
What’s the Real Origin of “OK”?