It Sucks To Be A Man

In 2008, a 26 year-old Auckland woman was approached by a man whom she recognised as her cousin. The man got confrontational, looked aggressive and the woman started to feel afraid.

Out of the corner of her eyes, she saw Austin, whom she never met before. She asked for his help. Austin obliged and stood between them, asking “what’s going on here?”

The man replied, “get out of the way, it’s none of your business.”

But Austin stood his ground. He then asked the woman to “run” before he was stabbed to his death by the man.

The media proclaimed that he “did the right thing.”

In 2012, James Holmes entered a movie theatre in Aurora, Colorado, and set off tear gas grenades and shot into the audience with multiple firearms.

Out of the death casualties, 3 of them were men who jumped in front of their girlfriends and literally used their body as shields against the incoming bullet.

The comments under the video proclaimed them as real men. True men.

“I don’t enjoy killing women. Men — I can waste them all the live long.” — Negan, The Walking Dead

Imagine if a male protagonist massacres 88 women. Well firstly, no such movie was made. Secondly, even if there was such a movie, that guy won’t be the protagonist but a villain who will die a cruel painful death.

Many of men’s deaths were even portrayed as comedies in non-comedy movies: Jurassic Park, Predator, We were meant to laugh at their deaths.

The White Feather was given to men who were not enlisted in the army as a mark of cowardice. If you are not fighting in the war, you are not a real man.

So ashamed of being branded a coward, many men enlisted because of the white feather. There were men who were medically unfit but enlisted and then perished in the war. There were stories about underage boys who lied about their age in order to enlist.

And of course, the (in)famous Titanic tragedy. 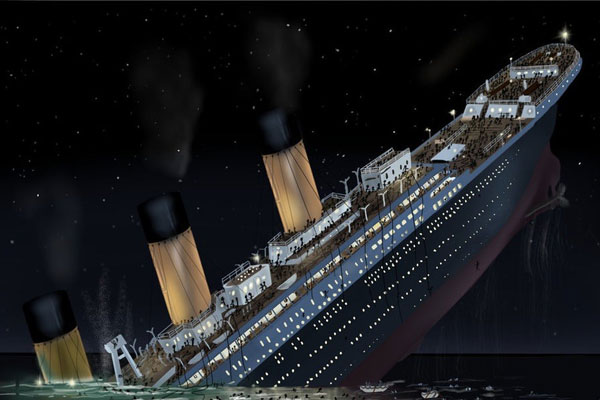 So what is the moral of the stories?

A man’s life is not regarded at the same value as a woman’s.

Men make up:
97% of combat fatalities
92% of occupational deaths
76% of homicides
80% of suicides
About 140,000 rape cases in US prisons alone
66% of all victims of robberies and non-domestic aggravated assault
60–80% of the homeless

The above stats barely get any mainstream media attention.

Women’s cancer receive 15 times more funding than men’s cancer. Despite cancer cases to be relatively equal between the two genders.

The vast majority of violence were committed on men. But why do you only hear about educational campaigns on Violence against Women? Because apparently violence on men were committed by other men so somehow that doesn’t count.

Men even view themselves as expendables.

It’s not biological, it’s a social construct, as many feminists like to say. While I give my deep condolences to families of the men who sacrificed their life to protect the women, I challenge the notion that they did the ‘right’ thing.

Sacrificing your life for a woman you never knew? Give me a break.

Even sacrificing your life for your Girlfriend is iffy considering that you are not married to her and the divorce rates in the western world is floating at about 40-50%.

But sometimes, instincts take over. I, myself, may be tempted to play ‘hero’ to irrelevant parties when the time comes.

In the past, this made sense. Men were physically stronger and women were the limiting reproductive factor in a hostile living environment. But with the advance of technology and civilisation, what is the point of male disposability? Our muscles and physical strength don’t make us any more immune to bullets and bombs than women are.

The man’s role is akin to the Queen on the chessboard. It has all the power on the surface, but ultimately, it is just a disposable piece used to protect its King — the woman.

As Irina Dunn said all the way back in 1970: A woman needs a man like a fish needs a bicycle.

Women just want men to treat them as equals. And I respect that. I’m all for gender equality.

So I think it’s time to have two Kings on one side of the chessboard.

16 Times Tumblr Was Overtaken By Dad Jokes And I’m Not Complaining
LeBron Tackles Heat Fan Who Hits $75,000 Shot
Free Portrait of Queen Elizabeth II
22 Jokes You’ll Only Find Funny If You Have A Weird Sense Of Humour