People Sharing Bravest Thing They Had Ever Done

The bravest thing that I have done is jumping off a bike at midnight when rider took the wrong turn and I sensed his wrong intentions.

I was traveling from Delhi to my hometown. My hometown is 30 kms from nearest railway station. I was waiting for the bus. Then he,son of my dad’s friend, appeared on bus stop and told me that he was also heading towards my hometown. I talked to my dad about it and left with him. On the way he turned his bike towards a jungle to which I protested and asked him to stop the bike. He refused and said something which cleared his intentions. I jumped off his fast running bike instantly without a second thought. I hit the road hard and got injured. But I got up instantly and ran towards the main road. He ran behind to catch me. He pushed me hard and I fell down towards the valley on the road side.I was shouting for help constantly. So he put his hand in my mouth. His fingers were reaching my throat. I was fighting but I had started to choke. At that moment, Fortunately somebody on the road heard me and replied. He ran away after that. Then I called my family. I reached home pretty injured but the feeling was of a warrior who has won some war.

PS: We took action against him afterwards.

Being a woman, I get stares, catcalls and groped on an almost daily basis. However, my Dad always taught me since a very young age that if a man were to ever inappropriately touch me, I shouldn’t stay silent about it. As a result, I’ve faced some ugly circumstances and situations most people would like to avoid being in. I remember two particular incidents that are still fresh in my mind though: 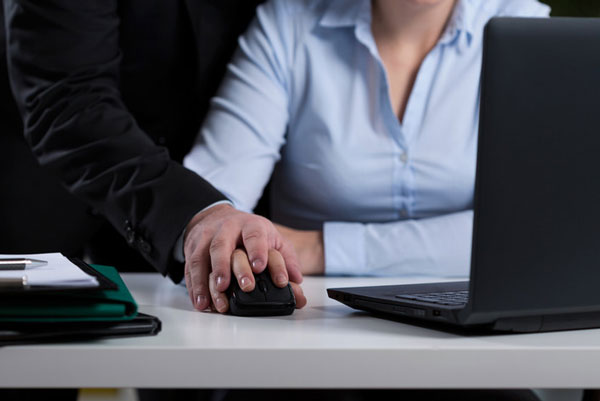 I was 14, and walking home from school. A well-dressed man who looked like he was in his early 20s was walking towards me. I was lost in my own thoughts when I was walking, and as our paths crossed, he reached out and groped my chest. The moment this happened, I was confused for a second and stood frozen to the ground, not knowing how to react. I wheeled back, only to see the guy walking away casually, sniggering. He didn’t even run, because he assumed I wouldn’t do much.

I threw my only weapon, a 500 ml nearly-empty plastic water bottle aimed straight for his head. My aim being so excellent, it went a few metres past his head, and he ended up tripping on the bottle, falling to the ground. I ran up to him, landed good kicks in his groin, screamed, called for help. Some people stopped their cars, asked me if I was alright, landed punches on him, verbally abused him, and even offered him advice. He ended up in tears and apologized. People talked me out of filing an FIR because they said it would be a hassling affair. I believed it and moved on. One less pervert in the world.

I was 21, and at a water park. I was with a bunch of friends in the wave pool where there were throngs of people. I felt a hand on my butt, and looked back, but saw a bunch of guys, so I thought the brush was accidental. It happened again, and I looked to see the same bunch of guys behind me. The third time, and this time was a solid grope, I caught the hand on my body, and turned to see it was one of the guys from the group. I yelled at the guy and didn’t let go of him. I slapped him thrice and yelled the crap out of him. He yelled back saying that he was innocent and that I was making it up, and started to verbally abuse me. This enraged me further and I dragged him out of the pool. I stress on that because he was a big, bulky guy, all of 6 feet and I was far tinier in comparison. I get abnormal strength when I get furious that I really believe I turn into the Hulk, minus the green.

So I managed to single-handedly drag him out, and his friends followed, calling me names like “Bitch” and “Slut” (I heard that because I was wearing shorts apparently).

I reported him to the guards, who told me to calm down. The hell I was going to calm down! I told them that either they should call the cops or I will. Now the management steps in saying that it was an honest mistake and that boys will be boys, the park’s reputation will suffer and maybe I shouldn’t wear shorts in a public place.

I lost my mind and yelled at the managers. Soon, there was a big crowd around me, blaming me for what happened to me, and nodding in consensus to what the managers were saying.

Undeterred, I called the cops (you just need to dial 100 if you’re in India, btw). After a 20 minute wait, they turned up. They asked me to give them a written complaint. Everyone around told me that this was a big mistake and I should not ruin the future of the young boy. I figured that if he didn’t want to get reported, he shouldn’t be groping women in the first place. I submitted a written complaint, describing the incident and had to share my contact details as well. The cops whisked the boy away, and his friends followed. The cop told me that he would be in overnight, and if I wanted him to go to prison for eve teasing (which was a six month sentence), I’d have to wait and push it to court.

I decided against the court trial and thought that a night of being in prison would knock some sense into him.

I have to mention that I was called all sorts of names by everyone gathered because I went to the cops about what happened to me and ensured that he was punished. I had only one friend who stood with me when all of this happened. I returned to my group of friends who looked sort of mad at me for turning our fun outing experience to a sour one. A friend even advised trying to talk to the guy calmly about what he did. Everywhere I went, people looked at me like something was wrong with me.

Thankfully, I’ve become thick skinned enough to not care about what people think/say about me anymore. But when I look back at this incident, I realized how much venom was spewed at me all because I stood up for myself. I’m always going to stand up for myself, no matter what, and for others when required. I’m not saying I’m brave for doing so, I just care a little lesser, that’s all.

Do You Have To Show An ID To A Cop?
Men in Black 3
What is World’s Most Polluted City?
How to Kiss a Girl