Something People Don’t Know About Africa

My sister told me a story once, it happened at the Ivy League school she goes to.

Girl: “Oh, you grew up in Africa? It must’ve been so tough for you!”

Boy: “My parents can buy your parents.”

Then he walked away.

Contrary to popular belief, Africans are not all poor. And they’re not all uneducated. Matter of fact, when given the opportunity to get an education and make something of themselves, they can run circles around most people from the Western world.

That most Africans are poor, not because they really are poor, but because someone decides to describe them as such.

My grandfather is ‘poor’. He certainly lives on “less than a dollar a day”. He is now 95 years old. In his nine and a half decades on earth, he has never lacked, and he has never begged. He only attended one year at a mission school in the 1930s and learnt how to read and write. This is how he pulls it off:

When he wants food, he goes to the banana plantation, looks at tens of bunches of matooke (banana) and decides which to harvest for the day’s dinner. Adjacent to the plantation is a sweet potato garden, cassava garden, yams and finger millet. To the south of the banana plantation are beans, cow peas or peanuts gardens. Down the valley is grazing land with tens of Frisian and cross-breed cattle. They provide him with milk daily, 365 days a year.

He also has about 20 goats. In Uganda, goat milk was generally not considered palatable, possibly due to the abundance of cow milk, so we never milked goats. He would sell a couple of them to supplement income from other produce to send his children to school. He also reared a couple of chickens, more as a hobby.

The farm produces more than he can consume. He sells the surplus to afford such essential services as kerosene (recently upgraded to solar), soap, sugar (at his age he no longer takes sugar, he uses honey – doctor’s orders). 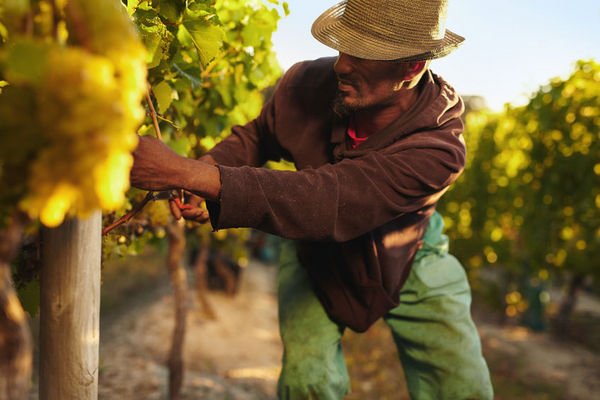 Scattered across the farm are sugarcane (for eating, not for making sugar) and fruit trees (guava, mango, pawpaw, avocado, orange, passion fruit, pineapple). He drinks fresh juice from mangoes and passion fruit. As is evident, everything here is on a subsistence basis, but very organic. He has done this for the past 75 years.

He had eleven children, my mother being his first born. He sent all of them to school, saw eight of them through college. He sold at least two cows, some goats and some produce each school term to send his children to school.

I went to live at grandfather’s place when I was 5 years old. I left when I was 14 (my family lived in an urban area). I learnt how to farm, milk cows, tether goats, harvest fruits (by climbing the fruit tree) and harvesting honey (at night using smoke).

Why the long story?

My grandfather, just like millions of other Africans that live like him, is considered poor. He rarely holds money, and he rarely needs it. He produces most of what he needs. But using the standard World Bank/IMF description of ‘poor’, my grandfather is poor. I live in the city and earn about USD 12,000 a year after tax, which in Uganda is a decent salary. But I can hardly match my grandfather in terms of providing for my family with fresh milk, fresh food and fresh fruits.

This is one thing most people that watch CNN and BBC do not know about Africa: not all Africans are poor, many simply live differently than you.

16 Times @GaryLineker Was One Of The Sassiest People On Twitter
20 Parents Who Were Funnier On Twitter Than You In 2016
15 Photos That Prove Dads Are Funnier Than The Rest Of Us
How Many Species Are Discovered Every Day?