What is The Single Most Underrated Trait a Person Can Have?

By selectively ignoring irrelevant things, you will have more time to focus on things which truly matter.

By selectively ignoring irrelevant things, you will have more time to focus on things which truly matter. 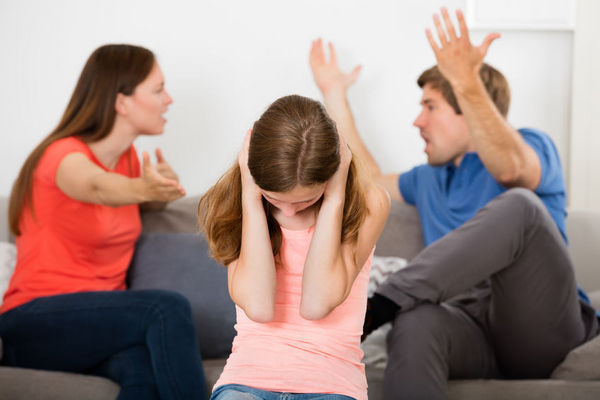 You can start doing the following right now:

• You can walk away from a petty argument and let them win.

• You can disregard topics which don’t affect your quality of life.

• You can ignore the noise and focus on the signals instead.

Life is short for most people, but long enough for those people who know how to spend it wisely. Cultivate selective ignorance.

Which option do you prefer?

The reason most people aren’t is that they spend their entire lives chasing certainty. In a 1951 book called The Wisdom of Insecurity, Alan Watts talks about the benefits of not craving certainty so much:

“I call it the ‘backwards law.’ When you try to stay on the surface of the water, you sink; but when you try to sink, you float. When you hold your breath, you lose it — which immediately calls to mind an ancient and much neglected saying, ‘Whosoever would save his soul shall lose it.’”

Today, the world is more uncertain than ever before, which makes the skill Watts talks about more valuable than it ever was.

That skill is called detachment. It is the art of being okay when life sucks, because you’re removed from the expectation that it pans out a certain way.

Detachment enables you to do great things:

• You can swing for home runs instead of second base, because you don’t need the $1,000.

• You’re free to say “I don’t know,” because you don’t feel pressure to look smart.

• You can always say how you feel, because you’re not worried about whether your feelings will offend others.

• You focus on taking care of your own shortcomings, rather than pointing out others’, because you’re not so great just yet.

• You don’t worry about being wrong, because it doesn’t matter if you’re right today or tomorrow. You can contradict yourself, but the world keeps turning.

• You can just do your job and watch what happens, because it’s as good as any job on the way to figuring out your dream one.

• You accept that life has trade-offs and make them, rather than constantly trying to bypass the fact itself.

Ironically, caring a little less helps you get more out of what you care so much about. Detachment allows higher demands and not settling for less. Ask not for certainty, ask for the best.

You only get one life. Swing for the fences.

One of my classmates at Yale is taking a course at the business school called “Mastering Influence and Persuasion.” Last month, one of his homework assignments was to practice getting rejected.

He decided to do his homework at an upscale hotel down the street, one with uniformed doormen and sparkling chandeliers.

Dressed in his usual t-shirt and jeans, my friend ambled through their beautiful glass doors and asked the man at the front desk, “Excuse me, sir, do you have any vacancies tonight?”

The guy replied that they did have a couple of rooms available.

“Great. What’s the rate for the cheapest single?”

“Cool,” said my friend. “Could I…uh…get that room tonight for free?”

The guy looked at him like he was crazy.

My friend said, “I don’t have enough money to rent a room, but it would be great if I could stay a night without having to pay for it.”

Incredulously, the guy at the desk explained that this was against company policy.

So my friend said, “Okay, sir, I understand. Could we negotiate some other arrangement? For example, I’m in an a cappella group – I’d be happy to sing for your customers in the lobby, in exchange for one night’s stay.”

My friend’s professor based this assignment on the project “100 Days of Rejection” by an entrepreneur named Jia Jiang. After his startup got turned down by investors, Jiang realized that one of the main roadblocks in his path was his own fear of rejection. To desensitize himself, Jiang spent a hundred days asking for simple, relatively harmless things that he thought likely to be rejected. For example, he asked strangers to give him compliments. He asked to assemble his own sandwich at Subway. He asked to make an announcement over the intercom at Costco.

Speaking as a relatively shy introvert, I know I’d feel starkly uncomfortable making any of those requests.

But here’s the thing – every successful person I know has, at some point, faced the risk of worse rejections. And maybe they felt starkly uncomfortable asking for what they wanted, too. Still, when it really mattered, they pushed past their discomfort and asked anyway.

To me, that’s the single most underrated trait a person can have – the courage to ask for what you want, even when you’re afraid.

Ninety percent of the time, you might be told to get the heck out of the hotel. But in the long run, you’ll get a lot farther than if you’d been too scared to ask at all.