1.
When they try to take advantage of me.
I general try to help when I can, especially if it means reconnecting with a close friend of mine. Freshmen year of college I was texting my best friend from high school. He was saying how he just dropped out and was looking for work or a new college to attend. Told him I would help him look for a nursing program for him. We kept in touch for a bit and then that first summer break he texted me asking for an update on the nursing program.
Told him I hadn’t found anything because I didn’t have that much time between baseball, physical thrapy, and summer classes. When I asked how the search was going for him he told me he “didn’t have time for that shit” and that I “needed to look more”.
I have no problem trying to help someone out, but that was just too much.
dvd_shia

2.
She and her husband were renting my basement after they got married. Fully finished basement with bedroom and bathroom for $200/month. They both worked full time but never paid rent on time, constant messes in the kitchen and garage. Eventually I asked them to move out within 90 days. A month before the move out date they gave me a sob story about not having enough for a security deposit on an apartment. I gave them the last month free to help.
While I was on vacation they went out and bought a FUCKING BOAT. Not a row boat, a Mastercraft ski boat. 2 years old. They still had not moved out by that point. After calling and confronting them they quickly hung up on me and blocked me on social media and their phones. 10 years of considering her my sister and even living with her for 4 years evaporated with one phone call. We haven’t spoken since.
They (28 and 30) live in her parents basement now and I still get collection notices for them in my mail.
srcorvettez06 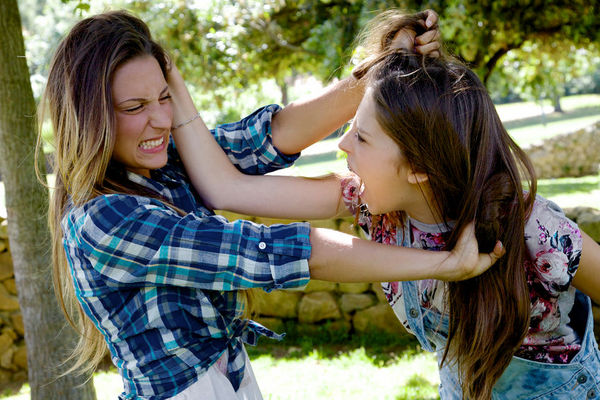 3.
Good friend of mine got too into party drugs and then started doing a bit of selling.
Before I knew what he was up to – I ended up having two incidents when out with him – one time we were taken to a back room by bouncers who tried to shit us up and then not long after, I was followed by some other dealers whose territory my mate had sold in and i was given a proper pasting with a baseball bat or similar blunt weapon.
Had to turn my back on him at that point but within the next year, he had given up drugs and the party scene in general and I was back in contact with him. He is now about ten years clear of it and a rare success story of someone who goes off the deep end with drugs and starts selling and manages to turn it around.
Onslow85

What Has Greece Contributed to the World?
20+ Pieces Of Advice People Learned From Their Therapists
Budget Ballet Shoes
100 Acres of Pizza Served Daily in the U.S.