Formerly Wealthy People Who Lost It All… What Happened?

Anything about money, you gotta treat like a business.

1.
• Not me but my sister in law. She inherited 260k at the age of 18 and it was gone by the time she was 21. She also dropped out of high school and got a flashy apartment downtown because she thought she was set for life. She pissed it away on three brand new vehicles at once, paying her boyfriends child support, letting him steal money, and just buying a bunch of stupid shit ($130 yoga pants, $600 bed sheets). She’s broke now. Doesn’t have anything going on.
• Another guy I went to HS with inherited 60k senior year. He bought a brand new 2013 GT500 Mustang in cash. He totaled it less than a month later, and……never put insurance on it. So he went from having 60k cash to being sued for some old lady’s medical bills and her totaled car in four weeks. Last I heard he’s still making payments to her five years later.
Nitrothacat

2.
The Somali Civil war. My grandfather had a manufacturing company, but the war ruined it. My family used our last half-million to get our relatives out of the country.
Regota

3.
My driving instructor used to be rich. He had a gym inside a shopping centre in the centre of the city. Then he did a stupid deal where he tried to sell it and didn’t get all the details in writing. He intended to be partial owner, but he messed up, so the new owner simply kicked him out.
What stuck with me is that he kept defending himself “it was understood verbally that…”. Well, I made that mistake too, though for only $200 or so. Anything about money, you gotta treat like a business.
HorsePaard

4.
I’ve seen it happen to a lot of my colleagues: Even if your income is very high, you can always outspend it. I knew some folks who raked in 7 figure earnings for 4-5 years, but for some reason assumed they’d be entitled to that for their entire lives and they lost it all. Just stupid shit, really.
There are some people who have a lot in holdings who could never spend their wealth. Bill Gates, etc. But the “new money” types that earn a lot without a safe pile often get burned.
brojomi 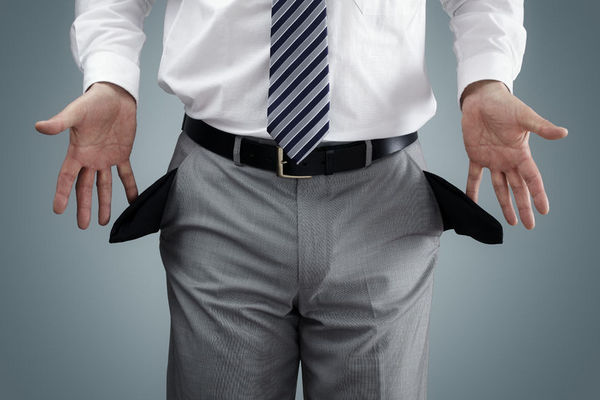 5.
Never been wealthy, but my parents were well off before I came into the picture. Both had very nicely paying jobs, one in PR and the other in advertising, my mother decided to quit her job when she had my older sister, knowing that she could afford to with my dad’s job, but not so long after, my father was paid to leave because of his age. So all of a sudden all that income was gone, and no matter how many schemes they tried as entrepreneurs, it just hasn’t worked out.
Plixpalmtree