What is One Memory of You and Your Friends From Your Childhood You’ll Never Forget?

I never went near those trails again.

1.
I met my best friend because we were supposed to fight after school one day, in the 7th grade. Earlier in the week I had gone around jokingly challenging people to fight me, never thinking anyone would want to actually fight. One day, I was walking home and looked behind me to see 5 or 6 kids following me. They didn’t hurt me but they roughed me up pretty good. I think he probably felt sorry for me or something but he didn’t join in. Somehow from that we decided to be friends. Going on almost 20 years now.
Extrasherman

2.
Not really childhood, but high school: went to a haunted house. There was a room made to look like a church, with pews, seats etc. Some scary dressed character is doing their thing. I’m not sure what he said, but my friend thought she was suppose to sit down on the seat/pew. Crash! It broke. It was like cardboard. The guy broke character, total exasperation pose, and said something like, yeah it’s not real. You can exit that way. My friend was mortified. The rest of us couldn’t stop laughing.
Beckels84 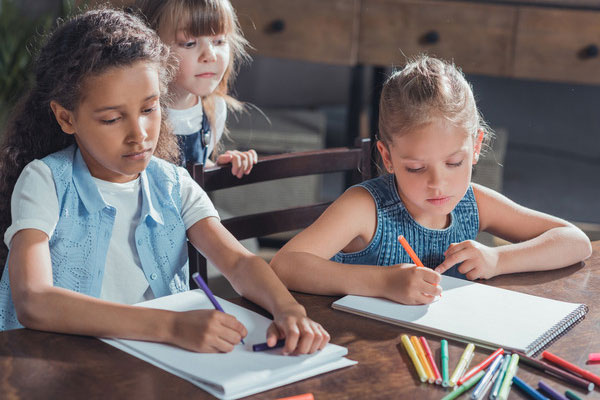 3.
When I was about 10-11 or so, a buddy and I went exploring some trails near our neighborhood. I noticed a narrow overgrown trail and we tried to ride our bikes down it, but there were too many branches.
We started walking our bikes further in to see if it widened up, but when the trail finally widened up it was into a small clearing. In the clearing was a group of a dozen or so bikers. Huge burly men with beards and tattoos. All of them were wearing jeans and jean jackets with some kind of patch on the back.
We all kinda just looked at each other for a few seconds until one of them said, “Get them.”
My friend and I dropped our bikes and took off back down the trail and didn’t stop until we were back on the street. My mother and his grandfather came looking for us and found us before we were half way back to his house since we were now overdue.
After explaining what happened, they left us at my friend’s house and went to look in the trails. They came back with our bikes. Told us they found them in the clearing tossed into a pile and there was a campfire that was freshly put out. Bikers were gone.
My father showed me an article from the local paper that night about a child that was found murdered with rocks shoved down their throats and the possibility that it was some biker gang doing it. I never went near those trails again.
WardedDruid