My mom, sister and I were visiting my grandmother in Alabama. It was summertime and sweltering outside, so we stayed in for the afternoon and enjoyed a movie. My grandmother has these large windows in her living room that overlook her backyard.

“AHHH!” Suddenly, I heard a high-pitched shriek emanate from my mom.

“Someone…someone’s in the backyard with a gun!”, my mom exclaimed.

“And they’re pointing it at the house!”

Shocked and adrenaline flowing, I ran to another room, out of sight from the shooter.

“Oh my god.”, my grandmother said in horror and disbelief.

Shaking, I peeked my head around the corner. Yep, I saw it for myself. A man was in her backyard pointing a rifle at the house. He was dressed in all black, head to toe. Definitely unusual attire for 100 degree weather.

“Should we go outside the front of the house and make a run for it?”, I asked my mom, who was now attempting to close the blinds so the shooter couldn’t see inside the house. My grandmother stood up next to the window and started waving her arms, desperately shouting at the top of her lungs “Don’t shoot! Don’t shoot!”.

My sister and I hid in another room, crying, petrified for our lives. 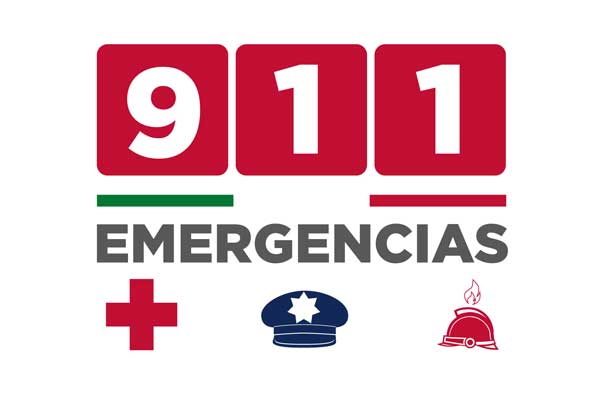 When my mom called 911 and reported the emergency, the respondent on the other side started laughing. Confused and frightened, my mom said, “This isn’t a joke! Send some help quickly!”

After 5 minutes, the shooter hadn’t moved. He was still pointing his gun toward the house. The police still hadn’t arrived. We started to panic.

Next thing we know, my grandmother’s neighbor is in her backyard with a gun of his own. He’s pointing it at the shooter.

Then, they both drop their weapons and shake hands.

Well, when my mom “called” 911, she accidentally speed-dialed my grandmother’s #9 contact. My grandmother’s friend on the other end of the line genuinely thought it was a prank. She decided to play along and said she’d “send” backup. But after a couple minutes, she became concerned about the apparent panic in my mothers voice. She then called my grandmother’s neighbor to come check on us and make sure everything was okay. (This is a small town, so everyone knows everyone).

Turns out, the shooter wasn’t trying to kill us. He was visiting his in-laws who also lived in the neighborhood. This was his first time in town, so that’s why my grandmother didn’t recognize him. While staying with his in-laws, his cat got eaten by a rabid raccoon. Apparently, he spotted the raccoon in my grandmother’s backyard, so he brought his gun over, planning to shoot it.

This is why civilians shouldn’t have guns, at least in my opinion. Especially people who have as little common sense as this guy.

To the lady who received the call, this was certainly the most frightening, yet humorous 911 call she collected as an “operator”.

So lesson learned: when dialing 911, make sure you actually call 911. And, please for the love of god, don’t go around pointing guns in your neighbors’ yards.