The Best Random Conversation Ever

I was redecorating my locker after school when I heard this.

And I shit you not, Kid #2 pulled out an entire pumpkin pie wrapped in aluminum foil out of his backpack and he and his friend took a quick sneak peek as if it were a briefcase with a million bucks.

A girl, 7 years old or so, plays on a playground in a park, her mother sits on a bench. The girl wears rather festive outfit, white stockings, dress, shiny shoes and whatnot.

Mother: Stop sitting on the ground, Lisa, girls should not behave like that!

Girl (in a very high-pitched voice): But daddy says these are gender stereotypes and nothing else!

Overheard in the line at a local mart:

Kid: Mom, why has that woman such a big belly?

Mom: That woman is pregnant, which means she’s got a baby in her belly.

Kid (so loud everybody hears it): Oh mom, look! That man is also pregnant!

A couple of weeks ago, I was sitting in a café when I overheard this conversation between a man and Siri.

Person: Hey Siri, text Mother: “I will be taking a group of Dutch tourists to the aquarium today”

Siri: “Are you sure you want me to send: “I will be taking a group of Dutch terrorists to the aquarium today.”

Siri: Sending, “I will be taking a group of Dutch terrorists to the aquarium today.”

It was very funny. Well, I need a preface.

At the beginning of May, Russians have two days off: 1 May is Labor Day and 9 May is Victory Day. Thus, many people in Russia choose to take a small vacation and go to the countryside or abroad. For instance, to Paris.

Once in May, when I was living in Paris, a friend of mine came to see me. Of course, I had to show her the Eiffel Tower. 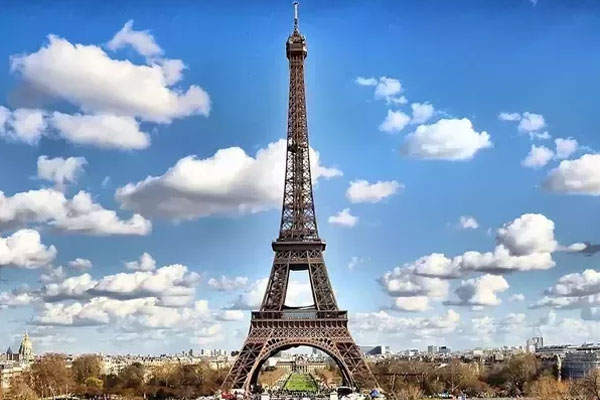 We took an elevator. There were about twenty-five or thirty people inside.

Two of these people were Russian ladies in their fifties, very excited and talking very loudly in Russian. Apparently, they were sure that no one can understand them.

- Katya, this is fantastic! Paris, this tower, this elevator, it is so fast, ohhhhhhh it is better than an orgasm!

- Manya, how can you compare? When did you have your last orgasm?

My friend and I made a supernatural effort to stay calm and not laugh. Someone in the lift let out a small giggle. One of the ladies suddenly looked around with apprehension.

- Manya, be careful! What if somebody understands Russian here!

At that moment, the whole elevator burst out laughing. People just could not stop. We laughed our heads off. Only one person in the elevator could not understand this sudden madness. All others were Russians. Evidently, they all did their best not to laugh because no one wanted to embarrass the two ladies. But the last remark was too much for us.

The poor ladies, blushing to the roots of their hair and avoiding to look at the others, jumped out of the elevator when it arrived and tried to mix with the crowd.

What Was the Deadliest Earthquake?
What is the Last Animal Listed in the Dictionary?
30 Movie Facts That’ll Make Every ’00s Girl Say “Wait, I Never Knew That”
The Bricks Fight