What Did Your Bullies Do When They Met You As An Adult?

I arrested my bully.

In junior high/high school I was 5′7″ and around 130 lbs. I was picked on by the jocks and jerks because I was smaller in stature. One guy in particular, was a complete asshole to anyone that was not a part of his inner circle. Let’s call him Terry.

Terry was a star wrestler, football player, and loved to fight. He was constantly being suspended or getting detention, and did not care. The guy was a menace. He would slap you on the back of the head, trip you, knock books out of your hand, and dare you to say or do something. Some tried and got their asses kicked. He made life miserable for many of us.

After I graduated high school, I enlisted in the US Army (chasing a dream). I went to Ft. Benning, home of the infantry. After my enlistment, I started college and majored in criminal justice – forensics. Some years later, I joined the police department and eventually became a CSI. On a side note, my PD is one of the busiest in the country (per capita). It is always in the top 10 for violent crime.

A call goes out about a suspect fleeing on foot, after being seen in one of the Section 8 areas. He was a known drug dealer and had several outstanding warrants on him. Patrol officers eventually cornered him under a house. He refused to come out, so the officers called for a K9 unit. I was monitoring the radio traffic, and when I heard that the suspect was Terry, I headed to the scene.

I pulled up, and walked over to the scene supervisor and told him that I knew the suspect from high school. I asked if I could try and persuade Terry to come out before the dog was sent in. He said yes, so I went to the house, kneeled down beside the foundation, and started speaking to Terry.

I told him who I was and he remembered me. After a couple of minutes of going back and forth, he agreed to come out if I was the only one that would put hands on him, and place him under arrest. I assured him no one else would touch him (back in the old days, it would be an ass kicking). He crawled out, looked up and saw no less than 12 officers ready to beat his ass. There was MASSIVE fear in his eyes. However, the only one that touched him was me. I helped him up off the ground, put the cuffs on him and led him to a patrol vehicle. No one else laid a hand on him.

As I was placing him in the back of the patrol vehicle, he said “thank you.” He looked up at me and apologized for how he treated me in high school. He said he was fully expecting me to kick his ass, and when I didn’t, it surprised him. All I told him was that, “The choices we make in life define our character.”

That arrest gave me closure. 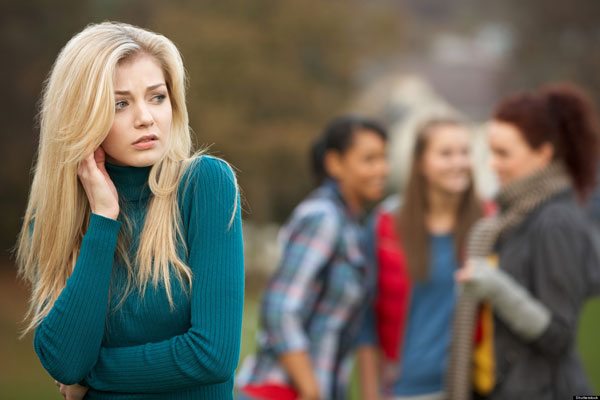 I was bullied quite a lot in junior high. My father had just become the head of juvenile narcotics in the local police department, so I started off poorly. In high school, I was in a car accident that fractured my voice box. I had scars and I whispered and spent most of my time in the hospital. Most of my bullies backed off, but one guy kept making my life hell. Before the accident, I’d been a singer…one of the things he liked to do is sing some of the songs I used to perform at weddings, etc, to me before classes.

He never let up.

I went to university, met an English boy, married him and moved to the UK. I spent quite a few years processing all the things that had happened to me in my teens. At one point, I had nightmares about this guy and the way he tortured me, breaking my things, tearing my books, making fun of my voice, etc.

I woke up one night from a nightmare in a sweat. His image was still in my mind. I could see the clothes he wore and the desk he was sitting at and…and I suddenly realised that he hadn’t been very well off, economically. He used to say that he hated wearing coats and do without one in the very cold and snowy Kansas weather. He wore construction boots because he worked all summer on building sites. I didn’t exactly excuse his sadistic behaviour because I’d remembered the waffle-knit undershirts he used to wear every day…but I felt differently about him. He was a child and I was now an adult and he didn’t scare me any more.

I said his name, softly, into the night and then said, ‘I forgive you.’

I never dreamed about him again. In fact, I forgot about him entirely.

At the 30 year reunion, we met up at a kind of biker bar that everyone said did very good burgers. My friend had also been bullied and we had a good shot of Irish Whiskey at the bar to steady our nerves before we went in. Some of our year were outside on big motorbikes, all black leather and bandanas…some were inside, mingling. We mingled. Everyone was really nice and I was surprised by how many people I remembered.

Then it was speech time by the organisers, and the bikers came inside. My bully was one of them.

He couldn’t stop looking at me. It took him a few more beers, but at last he approached and asked if he could talk to me. We turned aside and…he burst into tears. He started to try and apologise, but he could hardly speak.

I couldn’t help myself. I threw my arms around him and let him cry on my shoulder. I told him about my dream and about forgiving him in the night, some twenty years previously, and he hugged me so hard…it had weighed on his conscience, that whole time. It felt amazing to lift that burden from him, to show him that I’d survived, I was okay, and I’d forgiven him.

It was one of the best moments of my life.