1.
My vegetarian sister made me mad about something so I put pork juice in her dish of ice cream, sat back, and watched her eat every. single. bite. When she didn’t feel good later, I convinced her she was lactose intolerant.
maggief46d5fe7f6

2.
When my sister and I were little we both loved playing The Sims. She spent a long time making a family with a husband that looked like her real-life crush. Well, she did something to piss me off one day, so I made a Sim, struck up a friendship with her Sim husband, married him, killed his wife, and adopted their dog. When she logged back in there was just a tombstone on the lot.
jenniferc4003517b6

3.
I was 11 when my parents had my little brother. They allowed me to help me select his name. Our last name is Smith. The name I selected for my brother is “Austin Samuel.” My brother’s name is now Austin Samuel Smith. It took my parents until he was three years old to figure out his initials are “A.S.S.”
alligatortacos13

4.
One time when we were in elementary school, I was mad at my sister so I got her a bag of chocolate chips and mixed in some guinea pig poop. She ate the entire thing.
christiner4c760866b

5.
I sat on my brother’s head, which somehow caused him to bite down funny, which killed the roots of his tooth! It turned brown and had to be pulled. Oops.
sams75

6.
I gave my 13-year-old brother chocolate laxatives and didn’t tell him what they really were. He shit himself in target.
jaylaw4d818d169

7.
My siblings were cruel. I don’t even remember what I did to make them mad, but my two sisters and brother (all older) thought it would be a good idea to bind and gag me, then bury me in the snow. My parents came home from work and they had to take me to the ER. I have scars from the cold. They left me out there for at least an hour.
actuallyinsane

8.
I convinced my sister when she was three that the crayons that were named after foods actually tasted like that food. I later found her crying with a mouthful of chewed crayon.
marissalynna

9.
My little brother used to wet the bed, so my older brother would pee on the side of his bed to make him think he wet it when he didn’t.
michelle1721

10.
My brother shaved off my left eyebrow the day before my seventh grade Valentine’s Day dance.
cassmeeks4 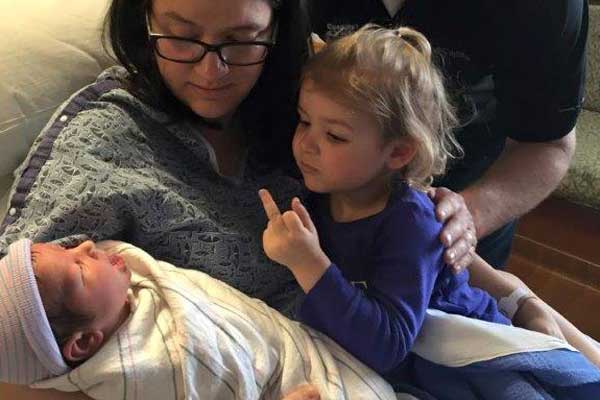 11.
When I was a kid, I convinced my older sister that if she put a car key in a wall plug, she’d be able to drive the house. She didn’t get electrocuted, but my mom and dad got really suspicious when they saw how high the electric bill was.
amandalynn86

13.
I pushed my little brother off the swing on our swing set. He landed on his ass and starting screaming because he shit his pants. I’ll never forget how hard he cried.
haydenj47273bfd7

14.
I once told my younger brother that the laundry chute was just like a water slide and somehow convinced him to go down it. He ended up falling head first down two floors and hitting his head on the washing machine so hard he dented it. He was fine after a while, but my mom was not pleased.
hannahj47704f171

15.
I was unemployed for a couple of months after I graduated high school and was sending out resumes like crazy. I wasn’t getting any call backs and didn’t know why. Little did I know, my brother had edited my resume and added things like “failed Bio,” “Not very friendly,” “Barely graduated high school,” “hates people,” and so on. It wasn’t until I printed a few to hand out that I saw what he did.
juliannan

16.
I talked my sister into climbing into the dryer and then turned it on for maybe five seconds.
nietoash

17.
We always had dogs growing up. Once when there was a puddle on our wood stairs, I made my little sister smell it to see if it was pee. When she did, I pushed her face into it (It was pee).
a45c438024

18.
One time I scooped some pee out of the toilet into a cup, said it was apple juice, and told my sister to drink it. She did, and started screaming.
imani148dr

19.
I convinced my sister that she could turn her blue eyes green with a drop or two of yellow food coloring. Apparently it burns a lot!
tracy7920

Tagged1: beauty, geek, geeks and geek culture, jail, nerds, prison break, prisons and prison life, what does it feel like to x?

US Detonated a Nuclear Bomb in Space in 1962
16 Food Pictures That Will Make You Want To Call The Cops
What is World’s Most Polluted City?
What is a Group of Owls Called?