Your family will feel positively boring after reading this.

1.
I burned down the backyard (& everyone knew it was me). I was 7-8, no babysitter, experimenting with matches & cotton (it’s flammable btw). Started a backyard grass fire, no hose, called mom crying that hobos threw lit matches over the fence (??) and I tried to extinguish it. For 22 years they let me believe I’d gotten away with it. They believed me, mom faked a babysitter, neighbors whispered but it all died down. Turns out this whole fucking time they’ve known I burnt down the yard. The fireman knew it, neighbors, parents, they just let me believe it and kept it a hilarious inside joke amongst themselves until one night I go to admit it. My most important confession. Decades old confession! They cackled with laughter.
Literarylunatic

2.
My sister was raped as a teenager and my dad almost killed the guy. Fortunately my dad didn’t and never had charges against him for it. I don’t know what happened to the guy.
She’s older than me by 6 years so obviously my family couldn’t explain what happened to little me.
I overheard what happened late at night when everyone thought I was asleep. I had to look up what rape is in the dictionary.
Frolic-A-holic

3.
My brother and I learned as young kids that our mom was married before meeting our dad. Her husband died in Vietnam or something military related. She was only 21. It blew our minds that we may not have existed. I now see why we were not told about this. It also explains the mysterious birthday cards we received from “grandma’s neighbor” who was actually the mother of the deceased.
dantooine1977

4.
My dad was the one to find out that my grandpa was in the Holocaust. My grandpa was from the Czech Republic and after World War II moved to the US and raised my dad and his siblings Christian. My dad had no idea my grandpa was Jewish let alone a survivor in the Holocaust until one day in his mid twenties he was walking on his college campus and a friend of my grandpa’s recognized him and told him about it. My grandpa hid it because he wanted to protect his family and become successful in the states.
zhypnosis 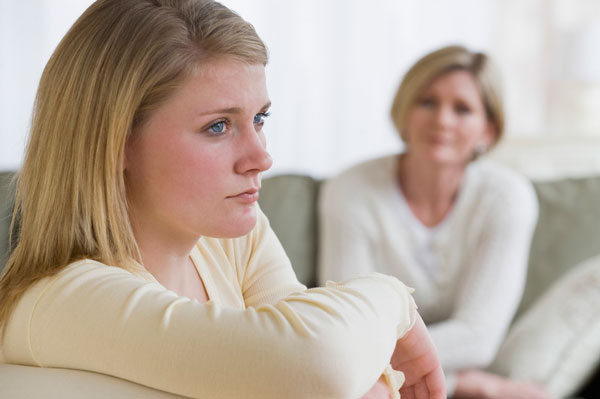 5.
I had my best friend die when I was 10. It was my very first experience of death. It changed me, I didn’t make friends easily after that.. anyways. My parents told me she had accidentally hung herself while pretend ‘playing dog’ with a leash around her neck.
Then when I was 17, I was participating in a church youth group lesson that was about rape. The lady teaching told the story of a 10 year old girl she once knew whose father beat and raped her then she later committed suicide. Turns out it was my friend and I ran away crying. When the lady confronted my parents about lying to me they said they were never planning on telling me the truth.
I wish my parents had told me the truth. While the idea of keeping a child sheltered and safe from the everyday reality of life is a ‘nice’ thing it also gives them a false sense of reality. In hindsight, after discovering the truth, I could see that everybody was walking on eggshells at the funeral and the situation wasn’t AT ALL what I thought it was. There were too many signs but as a lie-to, innocent child I couldn’t put the pieces together. It pained me more to learn and understand what really happened as a young adult. Also, the lie made me distrust my parents more and to figure it out when I was 17 made all the years leading up to then seem like a lie too. Yes, I understand why they lied but to this day it is difficult to talk to them. Now I’m 24.
kickereight

6.
Got a birthday card on my 17th birthday from Christine. Asked my (adoptive) mum who Christine is. “Oh, that’s your sister.”
Only living biological relative. Didn’t know she existed lol
washraghoe