You're not old, you're seasoned.

1.
I worked at a university and asked some of the students if they like the Spice Girls. They replied, “Is that a cooking show?”
smackgowan

2.
I was working at a high school blood drive, and the math team came in, so I threw out the quote, “The limit does not exist!” They all stared at me.
danar4d1050d9e

3.
When I agreed with the adults at a bar mitzvah that the music was too loud and that it was too dark.
skipnees

4.
I had to teach a 12-year-old how to use a landline phone, and when she was done, she handed me the phone, saying she didn’t see the hang-up button.
louisemckenna1215

5.
When I threw out my back brushing butter onto puff pastry.
daunejaimesd

6.
I’d started working at a college and was pumped to see some cute football players on campus. Then they arrived and looked like children, and I realized I could technically be their mother.
kellyc42782b896

7.
The kids at the camp I worked at asked me what a cassette was, then were disappointed it couldn’t play music by itself.
robertp442799314

8.
The moment you see the doctor and wonder if they are old enough to be qualified.
Julie de Joux, Facebook

9.
One of my students asked me if I had ever seen the movie, Men in Black, because “Jayden Smith’s dad” was in it.
abbyeden29

10.
When my daughter asked me if I used to only see in black and white.
majorpaiger92

11.
When I showed my 4-year-old how to do a somersault and felt dizzy and nauseated for the rest of the day.
leahh47cfab3b6 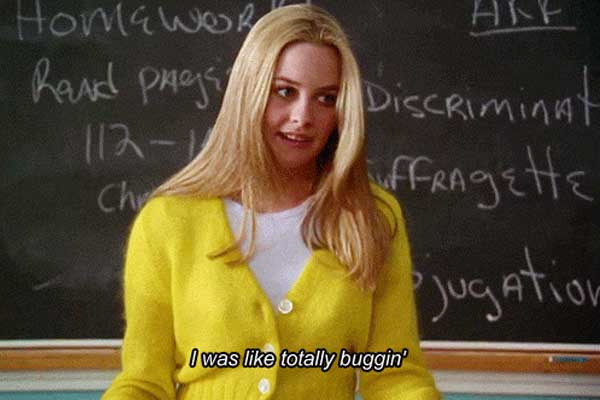 13.
When I had to explain to my son what a CD was. He couldn’t understand why all the songs were Taylor Swift.
yogapoet

14.
When I realized Titanic was released 20 freaking years ago, and I vividly remember going to see it with my high school classmates the day it was released.
willievergettoseeyou

15.
Remembering the 100th episode of The Simpsons when it aired – then catching the 600th.
davidcrose89

17.
When a friend got remarried and his new wife said she was born in ’93. I got my first period in ’92! My PERIOD is older than an adult human?!
patricial4dee285a2