The Cruelest Ways To Know Someone Doesn’t Like You

The cruelest way I have ever seen was when a girl pretended to like the guy and he thought her feelings were real and then she tricked him and eventually exposed that it was all a prank in front of all the other kids that were in on it. They laughed at him and he was both embarrassed and on the brink of despondent. It was not a very nice thing to do. He was a nice kid. He didn’t deserve that.

My best friend in high school was a nerdy cute girl with glasses. She was very kind, funny and shy. I will call her Lara.

The two of us spent many evenings hanging out, sitting on benches of our neighborhood park, talking. We talked and talked about school, our crushes, relentlessly going over extremely important details like:

When he looked at me today during maths, did he seem like he liked me?

What did he mean when he asked me if I had the pencil sharpener?

Lara fell head over heels for a really popular boy in our school. He was two years older, athletic and too handsome to be real. Every girl in school knew his name and eye color.

This boy hung out in the same neighborhood park, doing cool stuff with his cool friends. It wasn’t anything extreme, but it seemed very bad and exciting for us, good girls, when we saw them smoking or being loud, and even drinking beer.

One night we were sitting on a bench when he came over with few of his friends. Lara stopped breathing, as he came close to her and said: 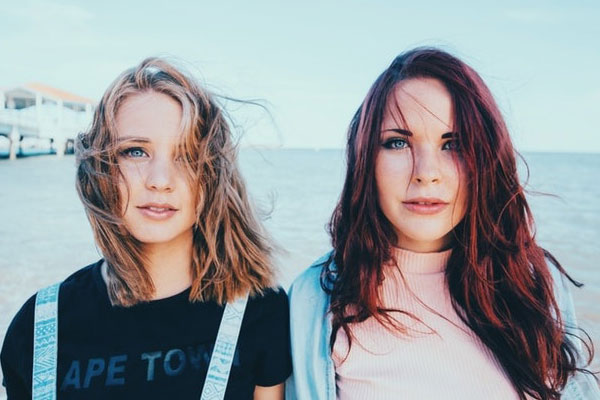 Her cheeks turned red and she clumsily stuttered her hello. Then he asked her to take a little walk with him. She obediently jumped off the bench and followed him like a love crazed puppy.

I had no idea what was going on because they never hung out with us before. You see, we were peasants, and they, royalty.

He took her to a little wooden play-house, and they sat there for a while. Then she came back, and the boy left with his friends.

She was completely breathless:

Iva, he said he loves me!

Wait, what? Go again? Who said what?

Her eyes were full of happiness as she ecstatically told me everything that happened while they were in the little house.

He told her he was in love with her, and asked her to be his girlfriend. He said many other beautiful things to her too.

And then he kissed me!

I almost fell off the bench when she said that. Neither of us had even held hands with a boy, let alone been kissed by one.

I made her tell me details, and we spent the next hour in complete awe and excited happiness about the fairytale that was happening to her.

I’ve never seen her so happy before, and I’d known her since we were both six.

A while later, the boy and his friends came back.

They approached our bench again, but this time Lara had a big smile on her face, looking proudly at her boyfriend.

He put one foot on the bench in a very cool way and said to her loudly:

Lara, I completely forgot to tell you something about us.

Then he turned to his friends and winked smugly at them, as he continued:

I was just kidding.

When he said that, Lara’s face turned completely white and she stared at him not comprehending what had just happened.

They turned to leave, and their laughter echoed loudly through the park.

They celebrated her humiliation.

The boy’s laughter was the loudest.